Which documentaries have a shot at breaking out at the summer box office? 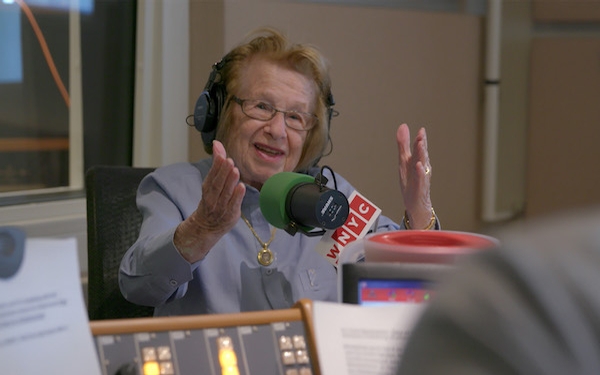 The top-grossing films at the summer box office almost always feature superheroes, action heroes or animated characters. But last year, some of the best performers at the multiplex during the hotter months were documentaries.

Audiences flocked to see nonfiction films about Supreme Court Justice Ruth Bader Ginsburg, Fred Rogers and identical triplets separated at birth. Led by Morgan Neville’s Mister Rogers bio “Won’t You Be My Neighbor?” — which collected nearly $23 million — three summer documentaries would go on to surpass the $10-million mark in 2018. To put that in perspective, previously, only three nonfiction films had topped that financial benchmark in an entire year — like in 2012, when the docs that attracted interest were a concert flick about Katy Perry, a Disney-funded nature doc about chimpanzees and a right-wing political film about Barack Obama.

In other words, documentaries seem to be transcending their niche, egghead reputation. As Elissa Federoff put it at the recent film industry convention CinemaCon: “Now we joke in our office sometimes that $10 million is the new $3 million.” Federoff is head of theatrical distribution for Neon, which has found recent success with the docs “Three Identical Strangers” and “Apollo 11” and this summer will release a behind-the-scenes look at the world of black male strippers. The latter is just one of the five films we think have the potential to do breakout business as the box office this summer:

Sure, there have been plenty of documentaries about badass female senior citizens over the last couple of years — Ginsburg, Jane Fonda, Gloria Allred, Jane Goodall. But get ready to be inspired all over again by Dr. Ruth Westheimer, the legendary sex therapist who has been doling out frank relationship advice to the masses for decades. While you may know her as the cute lady with the German accent who talks more openly about genitals than any other 90-year-old, Ryan White’s film pulls back the curtain to delve into Westheimer’s backstory. As it turns out, much of her success is rooted in her origin story: At age 10, she was separated from her parents in Germany and sent to a Swiss orphanage as they were shipped off to concentration camps. Westheimer’s resilient, optimistic spirit is infectious and seems likely to catch on with moviegoers looking for a dose of positivity.

Do you ever find yourself fantasizing about quitting your job, abandoning the city and decamping for the simple life? So did John and Molly Chester. Spoiler alert: The simple life ain’t so simple. This film documents the Chesters’ journey from a small Santa Monica apartment to 130 acres in Moorpark, 50 miles north of Los Angeles, where they started Apricot Lane Farms in 2011. Before launching the business, the couple knew nothing about farming: John was a television director, Molly a private chef. “The Biggest Little Farm” not only serves as a kid-friendly environmental primer on how the circle of life functions but also offers a real-world example of the dedication it takes to turn a dream into reality.

So you loved the “Magic Mike” films but haven’t been able to make it to Vegas for the live show? Check out Gene Graham’s documentary about the African American stripper community in New Jersey. Yes, you’ll see a lot of thongs, whipped cream and bare behinds — this is NC-17, after all. But what starts out as a fun romp turns into a surprisingly emotional look at the men who are drawn to the world of adult entertainment and the women who devotedly place dollar bills in their G-strings.

When Tracy Edwards decided to put together the first all-female crew to compete in an arduous, 33,000-mile sailing race around the world, no one thought she stood a shot. The sport was dominated by men, all of whom underestimated the sailing captain and her female team competing in the Whitbread Round the World Yacht Race. But as Alex Holmes’ “Maiden” shows, the 24-year-old was up against far more than just sexism in 1989: Her team struggled to find funding, was misunderstood by the media, and, oh, yeah, had to actually navigate the often-cruel sea. After watching Diana Nyad swim from Cuba to Florida and the brave women of the USA Gymnastics team stand up against Larry Nassar, the tide should be high for this feminist sailing saga.

of the rock ‘n’ roll star. But that’s not what this documentary is. Produced by Cameron Crowe — who interviewed the singer as a young journalist — and directed by A.J. Eaton, the film takes a hard look at Crosby’s addiction struggles, womanizing and unruly temper. Through the course of introspective sit-downs, the 77-year-old grapples with the harm he’s inflicted on his body through substance abuse and tries to understand why so many of the people he made music with — namely Neil Young, Graham Nash and Stephen Stills — will no longer speak to him. Rarely do celebrity docs come this raw.