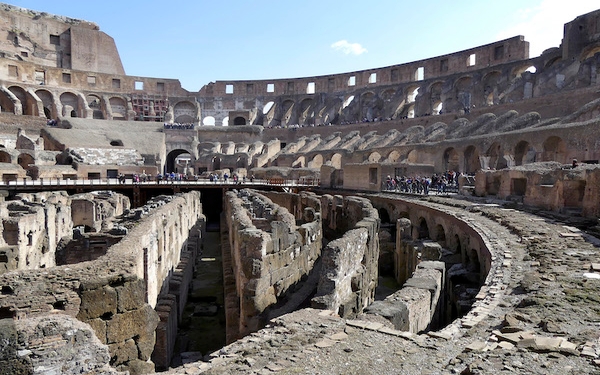 For a building constructed beginning in 70 A.D., the Colosseum is remarkably intact. (Kerri Westenberg/Minneapolis Star Tribune/TNS)

I recently returned from Italy, and it’s a great place to visit. Just ask the more than 58 million other international tourists who traveled there in 2017, according to the United Nations’ World Tourism Organization.

In Florence, huge groups snaked down narrow roads or bunched up in squares behind guides holding flags. My sister likened Venice to Disneyland. In Rome, Italy’s most visited city, police eyed the Spanish Steps, admonishing anyone caught eating on them. The Pantheon felt more crowded than the light-rail platform after a summer Minnesota Twins game.

Worldwide tourism has shot up, from just 25 million international tourist arrivals in 1950 to 1.2 billion per year by 2017, reports the University of Oxford’s Global Change Data Lab.

I believe that everyone should marvel at the history of the Colosseum in Rome and the beauty of Botticelli’s “The Birth of Venus” at the Uffizi in Florence. (Or the “lady on the shell,” as one American exclaimed when he spied the painting.) I don’t mind sharing space at these world gems, but I still want quieter moments. There are ways to find that, I’ve discovered, in Italy or any other oft-visited place.

Rise early: My husband runs most morning, so he had the Spanish Steps nearly to himself and watched as dapper Romans owned the streets on their way to work.

Get lost: We wandered to our Airbnb one day without a map or a plan — and stumbled into some of the best shops of our trip, including one selling vintage costume jewelry. No tacky souvenirs sold. No English spoken.

Embrace tours: Through Airbnb Experiences, my nephew learned how to pilot a gondola. In the process, he met young Italians intent on keeping the art of gondolier alive.