Chinese parents paid $1.2 million to get daughter into Yale. Are they victims of college admissions 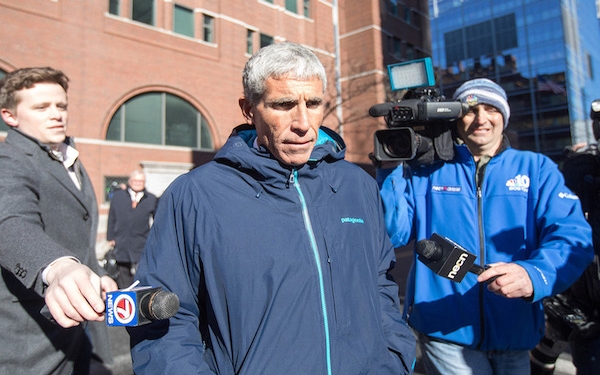 Sherry Guo came to California five years ago, a teenager from China with dreams of attending an elite university.

Her attorney does not dispute she got into Yale through the machinations of William “Rick” Singer, a Newport Beach consultant who defrauded the Ivy League school and similarly selective universities with bribes, rigged tests and bogus accolades.

Singer fashioned a fake application for Guo that described her as a top-notch soccer player, which was submitted to Yale by a soccer coach who took a $400,000 bribe. Once she was admitted, Guo’s family paid $1.2 million to Singer and a charity he used to launder the bribes and other illicit funds.

But unlike dozens of parents swept up in the college admissions scandal, federal prosecutors have not alleged that Guo or her parents committed a crime in paying Singer — the scheme’s confessed mastermind — the seven-figure sum.

Guo’s Los Angeles attorney, James Spertus, has offered a novel explanation for why they haven’t been charged. He says Guo’s parents forked over the $1.2 million without a trace of unlawful intent, duped by a “bad actor” who exploited language barriers and an unfamiliarity with the U.S. higher education system to lure them into his con unwittingly.

Spertus said “cultural issues did not raise red flags” when Singer asked Guo’s parents for the payment. Her parents do not speak English, and “100 percent believed the payment was a charitable donation,” the attorney said.

Guo is referenced, but not named, in court papers as a student whose family paid Singer $1.2 million after she was admitted to Yale in late 2017. Prosecutors have not said why Guo’s parents haven’t been charged.

The Times reported earlier this week that another Chinese family paid Singer $6.5 million to help secure their daughter a spot at Stanford University. Prosecutors have not charged relatives of that young woman either, identified as Yusi Zhao by people familiar with the matter.

Thirty-three parents have been charged so far with fraud conspiracy and money laundering offenses. Some have pleaded guilty or agreed to plead guilty. Nineteen parents have entered not guilty pleas, vowing to clear their names in court.

To charge someone with fraud, prosecutors must believe they can prove a specific intent to defraud someone else — in Guo’s case, Yale, or students who applied to the school on their own merits, said Michael Magner, a former federal prosecutor in New Orleans.

If prosecutors have no evidence Guo’s family intended to defraud Yale or other applicants when they paid Singer the $1.2 million, then the argument they were drawn into the scheme unknowingly “could very well be a valid defense,” said Magner, now a defense attorney for the Jones Walker law firm.

Guo moved to California from China to attend JSerra Catholic High School in San Juan Capistrano, where she earned high marks and was an accomplished artist, Spertus said. Her strong grades and test scores were especially impressive given that she taught herself English, he added.

Spertus said Guo could have gone to a top-flight university on her own merits, and she had wanted to attend Columbia University or the University of Oxford.

“Rick said, ‘No, you’re going to Yale,’” Spertus said. “And now the world knows why — he had connections there that were illegal.”

Singer paid a Yale women’s soccer coach $400,000 to pass Guo off as a recruited soccer player in late 2017, despite Guo never having played the sport competitively, prosecutors said in a court filing. Her status as a recruited athlete “significantly improved” her chances of being accepted, they said.

Janke will plead guilty to a racketeering charge and is cooperating with prosecutors.

Spertus said the distinctions he draws between Guo’s case and the cases now being adjudicated in federal court in Boston are underscored by the fact his client hasn’t been charged.

“We are very respectful of the prosecutors assigned to this case,” he said. “They’ve been very thorough, and that thoroughness distinguishes Ms. Guo’s case from the others.”

He declined to say whether the young woman had been interviewed by prosecutors. Their investigation is ongoing, and they have indicated in court filings and interviews with potential witnesses in Los Angeles that there are new targets.

The fact the government has referred to, but not named Guo, in court filings suggests she will likely not be charged, said Magner, the former prosecutor. Her and her parents’ status as Chinese nationals wouldn’t sway a decision of whether to file charges, he added.

Her father was first introduced to Singer through Qiuxue Yang, a financial advisor at a Los Angeles branch of Oppenheimer & Co., a spokeswoman for the wealth management firm said. She described Yang as “a junior employee” at Oppenheimer’s Summa Group, which has an office on Wilshire Boulevard.

Apart from Yang referring Guo’s father to Singer, the spokeswoman said, “no other relationship existed or exists today between Oppenheimer and the Guo family.”

Guo believed Singer was helping her apply to college, but in truth, Spertus said, “he preyed on her,” pocketing from her family a sum far higher than what he received from his American clients. Singer, he said, “targeted foreign students.”

Singer’s U.S. clients allegedly paid between $100,000 and $400,000 for the athletic recruiting scam, which he dubbed the “side door,” according to court filings.

Guo, Spertus said, has had her life upended by someone she believed was guiding her through the uncertainty of a foreign education system.

“She would have had an incredible college experience ahead of her but for her deference to a college counselor she was told would help her,” Spertus said.

“You can imagine the tremendous anguish she’ll feel for the rest of her life.”