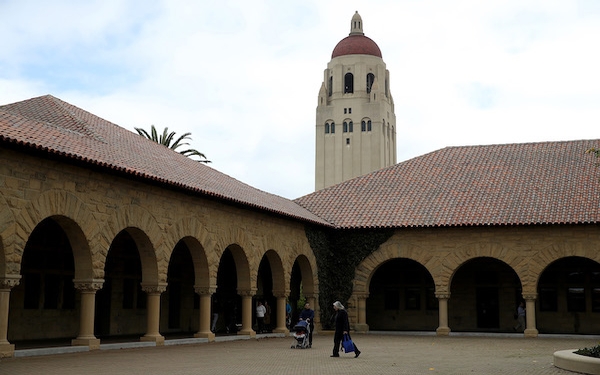 The family of a Chinese student admitted to Stanford paid $6.5 million to the man at the heart of the college admissions scandal, whom they met through a Morgan Stanley financial adviser, sources familiar with the case told the Los Angeles Times.

Yusi Zhao, who also goes by Molly, was admitted to Stanford in the spring of 2017, and her family, who live in Beijing, paid Newport Beach college consultant William “Rick” Singer the seven-figure sum for the work he did to get their daughter into the highly selective school, according to sources familiar with the case. The sources requested anonymity because they were not authorized to speak publicly about the matter.

No one in the family has been charged in the scandal and it’s unclear how much the parents or their daughter knew about steps Singer was taking to secure the girl a spot at the university. A message sent to Zhao was not returned and her parents could not immediately be reached for comment.

Singer has pleaded guilty to committing an array of crimes while orchestrating a bribery and cheating scheme in which he rigged students’ entrance exams and bribed coaches to secure slots at universities reserved for athletic recruits.

To ensure Zhao was admitted to Stanford, Singer targeted the school’s sailing program, putting her forth as a competitive sailor despite there being no indication she competed in the sport, sources familiar with the case said.

It was not immediately known with whom Singer worked inside the university. Stanford’s former sailing coach, John Vandemoer, has pleaded guilty to racketeering and admitted to working with Singer.

The $6.5 million figure has stood out for its size since prosecutors in the U.S. attorney’s office in Boston unveiled their case in March and said an unnamed client of Singer’s paid the eye-catching amount.

Although 33 parents have been charged so far in a sprawling investigation of fraud and deceit in the college admission process, none are accused of spending sums that even approach what Zhao’s family are said to have paid.

For parents who wanted an expert test taker to take or correct their children’s college entrance exams, Singer admitted to typically charging $15,000 to $50,000, while those who wanted to access Singer’s “side door” — his term for using bribes to secure admission slots reserved for recruited athletes — typically paid about $250,000, according to court records and Singer’s admission.

The only others known to have paid Singer more than a million dollars are the parents of Sherry Guo, who paid $1.2 million for help getting their daughter into Yale, Guo’s attorney has said. They have denied any wrongdoing through their attorney, and have not been charged.

A spokeswoman for the U.S. attorney in Massachusetts declined to comment.

Although Zhao and her parents haven’t been accused in the scandal, federal prosecutors in Massachusetts have charged the parents implicated in the scheme so far with fraud conspiracy and money laundering offenses.

Fourteen parents have said they will plead guilty or have already pleaded guilty.

In all, 50 people have been charged in the case so far — a group that, along with parents, includes several coaches from various universities, an athletics administrator at the University of Southern California, people who worked for Singer’s college admission consulting business, and others he paid to carry out aspects of his scam.

Prosecutors in the U.S. attorney’s office in Boston, which is handling the case, have continued to investigate and said in court filings they soon expect to charge more people in the case.

Their continued digging has left an untold number of families in the San Francisco Bay Area, Southern California and elsewhere that hired Singer on edge with worry that they, too, could face criminal charges. Nearly a dozen criminal defense attorneys contacted in Los Angeles said they had been retained by people who have not been charged in the case but have some connection to Singer.

The attorneys said some parents, and a small number of students, have been informed by prosecutors they are formal targets in the investigation — a designation that often results in criminal charges.

It is believed Zhao’s parents met Singer through the manager of a Los Angeles-area branch of investment bank Morgan Stanley. Sources familiar with the manager said she often brought Singer into the office, and encouraged her financial advisers to offer his college consulting services to their clients. The manager did not respond to a request for comment.

A spokeswoman for Morgan Stanley initially declined to comment.

Later, the spokeswoman issued a statement saying a financial adviser for the company, Michael Wu, “was terminated for not cooperating with an internal investigation into the college admissions matter. We are cooperating with the authorities.”

Wu was fired in March, said a source with knowledge of the situation. It is unknown what role, if any, Wu played in the deal involving the Zhao family. No one answered the door at Wu’s house Wednesday.

Singer’s college consulting business was on a Morgan Stanley list of referral agencies until 2015, a person familiar with the situation said.

Singer kept in contact with some Morgan Stanley advisers after being taken off the list, the person said.

It’s unclear whether Zhao is still a student at the university. Stanford said last month it had expelled a student who had submitted a falsified application. E.J. Miranda, a spokesman for the university, would not identify the student.

Miranda stressed that Singer, not Stanford, is alleged to have received the $6.5 million payment. He said $770,000 was donated to Stanford’s sailing program through Singer’s sham charity in three separate gifts: two associated with students who were not admitted to Stanford, and a $500,000 gift tied to the student who was expelled last month.