‘General Magic’ profiles the people who created a smartphone, and then lost everything 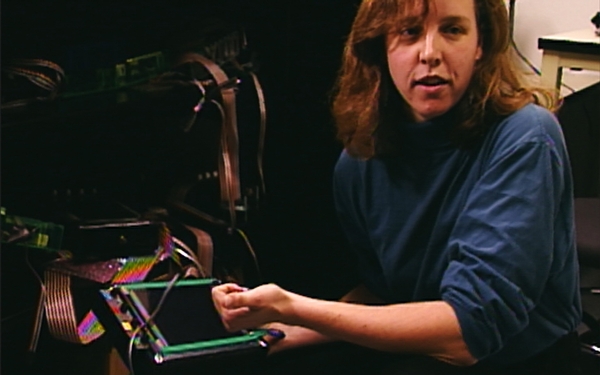 “General Magic” is such an involving documentary for so many reasons it’s hard to know where to begin. The title itself, as it turns out, might be best.

General Magic is the name of a group that, as former Apple chief executive John Sculley puts it, could be “the most important company to come out of Silicon Valley no one has ever heard of.”

That’s because General Magic is not legendary for the usual reasons. Far from being a unicorn success, it was a crescendoing failure, ultimately filing for bankruptcy in 2002.

But, as someone else in this engaging film co-directed by Sarah Kerruish and Matt Maude puts it, “failure isn’t always the end; failure is often the beginning.”

So attention is being paid today because General Magic failed by being too soon with a brilliant conception — for having the idea for the smartphone close to 20 years before Apple brought one out.

If that wasn’t enough, after the company went belly up, many of its key employees segued to all kinds of ground-breaking work elsewhere, founding companies with familiar names including EBay, LinkedIn, Android and Nest.

The step-by-step examination of how so many smart people with such a good idea failed so badly results in a film which offers up not only a crackling story but also enough lessons that it could be a Harvard Business School case study all by itself.

One of the reasons for the film’s success, aside from getting key people such as Sculley and legendary software engineer Andy Hertzfeld to appear on camera, is the access the filmmakers had to footage documentary director David Hoffman made while the company was in its prime.

As it turns out, co-director Kerruish had shot some of that 1990s footage herself, and her firsthand familiarity with what the company was like back in the day is invaluable.

A key player for General Magic was its CEO and co-founder Marc Porat, a charismatic futurist who says simply, “I went into the future and saw it.”

What he saw, and what he described and pictured in a massive 1989 manifesto called “Pocket Crystal,” was essentially today’s smartphone, “a beautifully crafted item you would fall in love with. Once you use it, you won’t be able to live without it.”

Porat connected with Apple CEO Sculley, determined to “create what came after the personal computer.” General Magic became an Apple spin-off, which enhanced its status as both the hottest and coolest place to work in Silicon Valley.

Aside from Porat, the documentary’s other throughline is Tony Fadell, later key to the birth of the iPod but introduced here as a young computer geek from Detroit who more or less nagged his way onto the General Magic team.

Because a project of this scope was going to cost real money, AT&T, the only entity at the time with a phone network, was brought in as a partner, as were numerous companies including Sony, Motorola and Phillips, who were natural enemies but worried about missing the boat.

Helped by the prestige of Goldman Sachs, General Magic became the first concept to merit an initial public offering of stock, which resulted both in a lot of money and enough adulation that the company began to believe its own publicity.

As many witnesses testify, things were not always so rosy inside the company. “No one was saying ‘blow this deadline and you’ll miss the opportunity to change the world,’” remembers Fadell, while Hertzfeld says “we were too dazzled by what it could possibly do to realize we were biting off more than we could do.”

There were other problems, including tunnel vision. When the first inklings of the internet appeared, for instance, no one saw its potential importance.

Which points up the crucial problem the General Magic device — called the Magic Link — faced. In a world where digital technology and the world wide web didn’t exist, putting out a mobile phone was, as journalist Kara Swisher puts it, “like inventing television in the 1880s: The shows were not there.”

Being so close yet so far ended up having a huge impact on the personal situations of the General Magic team, with Porat, in an emotional on-camera moment, saying he agreed to be in the film to help his children understand what happened in their lives.

If there is an overall lesson here, it may have been best put in a classically California comparison. “If you start paddling too early,” one witness says, “the wave will leave you behind.”