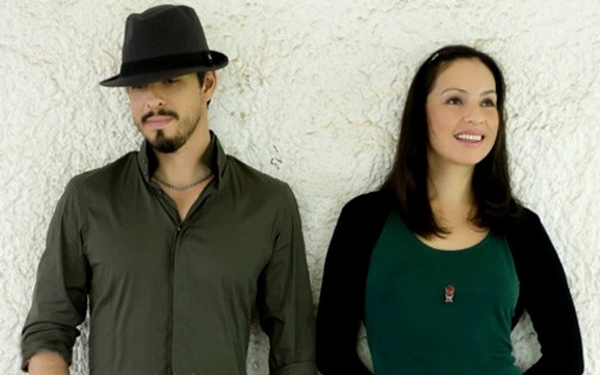 For those who claim the guitar’s reign as a lead instrument is done, judge and jury must turn to Rodrigo y Gabriela, the Mexican classical guitar duo who’ve long made radical right turns into flamenco, prog, folk and thrash metal. Together since the 1980s, Rodrigo Sánchez and Gabriela Quintero create an insistently undulating and passionate noise that compares to Metallica or Sonic Youth and is a torrid testament to the intimacy of their relationship.

The duo’s fifth studio LP and its first new album in five years is both familiar and fresh. Made up of six crisp, briefly original tunes and an eerily epic (and long) cover of Pink Floyd’s most sinister suite, “Echoes,” “Mettavolution” is as calmly collected as it is nerve-racking. The warm title track is a sniper’s delight — sharp, cutting, direct. “Witness Tree” and its more clattering, cacophonous sister, “Terracentric,” show off the pair’s lusty vigor, while a serene song such as “Electric Soul” is sultrier, yet equally agile. Their take on Floyd’s “Echoes” is as full-bodied and obtuse as the original, yet foreign and unique is its own marvelous manner, filled with deep, languid lines. The only thing better than hearing “Mettavolution” at home, in the dark, might be seeing it played live and vibrantly under hot lights. — A.D. Amorosi

Using markedly more Auto-Tune than 2016’s striking “American Boyfriend,” the world’s best-selling out-gay MC comes out with a more gripping struggle-with-success record than your average rapper. After the unforgettable 96-second opener, “Big Wheels,” including a blur of stunning lines like “My mama still work at Sonic” to “I’m a power bottom,” the Chance-influenced Wall of Sound (courtesy of superproducer Jack Antonoff never again equals Abstract’s most gripping insights. So read along on Genius to catch the shout-outs to his brother and Tyler, the Creator despite their overuse of the F-slur; “Crumble’s” “drug in my veins / they shot up the place’” and, on the astounding “Corpus Christi,” a loneliness at the top so crushing that he not only tries coke on tour (duh) but wonders aloud if Ameer Vann, whom Abstract kicked out of his collective Brockhampton over sexual-abuse allegations, ever thinks about him. — Dan Weiss

Mac DeMarco’s chill persona can be charming: He’s a popular everyman who doesn’t take himself seriously, who wants to have a good time and share it with friends and listeners, who writes uncomplicated and transparent songs with easygoing melodies. His last album, 2017’s “My Old Man,” was his best yet by adding some keyboard and percussion textures and emotional complexity to his loping ditties. “Here Comes the Cowboy,” his fourth album, feels like a regression.

Perhaps it’s a victim of unfortunate timing, but the album’s cowboy theme is distracting: The title track simply repeats “Here comes the cowboy” to a clip-clop rhythm, and DeMarco seems as if he’s jumping on the current cowboy wagon train (and stepping on Mitski’s “Be the Cowboy” coattails). Still, amid the forced funk of “Choo Choo” and “Cattleman’s Prayer” and underwritten songs like “Bye Bye Baby,” DeMarco can offer a disarmingly heartfelt love song like “K” or “All of Our Yesterdays” that cuts through the slacker superficialities. — Steve Klinge