Vampire Weekend, Lizzo, Tacocat and the 7 other acts you need to be listening to right now 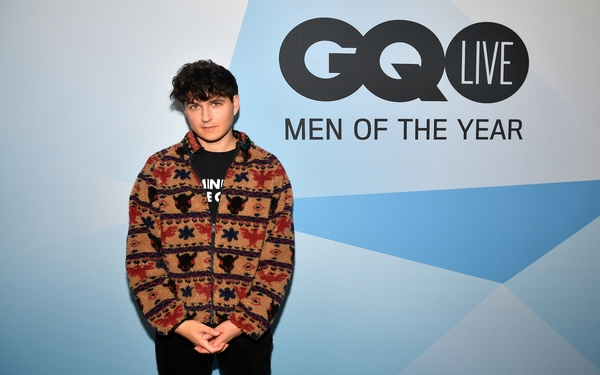 Pulling together a what-I’m-listening-to-now column can be a heartening exercise because it sharpens one’s focus in the never-ending task of separating musical wheat from the chaff.

Yes, there’s too much music. Yes, that’s more true than ever when streaming services put a gazillion songs at your fingertips and induces what-to-play? paralysis. But bearing down on the surplus of new releases can — hopefully! — lead to the optimistic conclusion that a great deal of brand-new good stuff is waiting to be consumed.

This list, which kicks off with Vampire Weekend’s most impressive “Father of the Bride,” the band’s 18-song-strong first album in six years, surveys new music that’s been released in the last month or so. (Though in at least one case, it was recorded a much longer time ago.)

It’s not a “best of 2019 so far” compendium, a type of listicle that will be surely proliferating in the coming weeks, though some of these releases are good enough to end up on year-end summations to come.

Vampire Weekend, “Father of the Bride. “Does the title of Vampire Weekend’s first album since 2013’s “Modern Vampires in the City” somehow refer to the 1991 Steve Martin movie, or even its 1950 Spencer Tracy-Elizabeth Taylor predecessor? Who knows, and that’s not really important.

What is, is that Ezra Koenig’s band — and it is very much his band, since musical coconspirator Rostam Batmanglij (who appears on only two songs) split amicably in 2016 — is as perky and accomplished as ever when it comes to cranking out crisp and crafty indie pop songs that draw from a wide range of musical tributaries.

VW often finds itself under the suspicion that a group of upper-middle-class Caucasians who went to Columbia and might actually occasionally wear boat shoes could possibly make music of authentic gravitas. (As if most music critics didn’t attend the same kind of elite schools that Koenig and bandmates Chris Baio and Chris Tomson did.)

Koenig — who brings in various collaborators including The Internet’s Steve Lacy on guitar and singer Danielle Haim — makes light of this by titling a song that turns out to be about a frigid winter of a relationship “Unbearably White.”

And throughout the album, buoyant, inviting music — sometimes stretched out to reveal Grateful Dead proclivities — shows ample depth beneath a sunny surface. “We took a vow in early spring” is how Koenig metaphorically puts it in “Harmony Hall,” about life’s complexities that reveal themselves with the passage of time. “And now we find ourselves in late December.” Weren’t Vampire Weekend a 2008 thing? Turns out they’re also a 2019 thing.

Big Thief, “U.F.O.F.” Being a science-fiction fan might be helpful for newbies approaching Big Thief, the Brooklyn band fronted by singular songwriter Adrianne Lenker and consisting of four Berklee School of Music grads. On the title track, Lenker says a sad and sorrowful goodbye to her “UFO friend,” a mysterious, beautiful other who has been cast out and erased and will “never come again.”

Big Thief make bewitching art-folk music that’s mainly quiet and peaceful — though the coda of “Contact” does break out in berserk noise. But Lenker proved herself highly skilled at casting a Joni Mitchell-like spell on her 2018 solo album, “abysskiss,” and she and her bandmates do a more beautiful job of it here.

Jamila Woods, “Legacy! Legacy!” Woods is a poet and singer rather than a rapper, but she’s one of the loosely associated group of Chicago artists that includes hip-hop luminaries Chance the Rapper, Noname, and Saba, who guests here on “Basquiat.” That song and every other one on Legacy! is titled in honor of a person of color who is an inspirational hero for Woods, with songs such as “Zora,” “Frida,” “Eartha,” and “Miles.” Such an intentionally edutainment-focused project risks being pedantic rather than poetic, but Woods is too subtle of an artist to let that trip her up.

Josh Ritter, “Fever Breaks.” Veteran Idaho folk-rock songwriter Josh Ritter benefits from teaming up with Americana hero Jason Isbell on his 10th album. Isbell brought along his backing band, the 400 Unit, including fiddle player and singer Amanda Shires and together they toughen up Ritter’s allusion-filled, Dylan-ish sagas like “Ground Don’t Want Me” and imbue tender ballads such as “I Still Love You (Now and Then)” with grace.

Lizzo, “Cuz I Love You.” Lizzo caused many poorly paid members of the Fourth Estate consternation when a less-than-laudatory review caused the Minneapolis singer, rapper and flautist to suggest in a since-deleted tweet that any non-musicians who dare criticize her should find themselves unemployed. The outburst was jolting because the artist born Melissa Jefferson’s hyper-energetic music and body-positive messaging have pretty much been unanimously praised in the press. And to be sure, many of “Cuz I Love You”’s aerobic jams — “Lizzobangers,” if you will — are worthy of admiration, though their upbeat-at-all-times insistence can grow wearying when you’re not in the mood to take on the world.

Pup, “Morbid Stuff.” The best album on this list by a band whose name is a palindrome comes from Pup, the Canadian quartet whose moniker is also an acronym, for “pathetic use of potential.” The aptly titled “Morbid Stuff” — songs include “See You at Your Funeral” and “Full Blown Meltdown” — is loaded with righteous, often self-directed rage, but they cope with depression and economic anxiety with winning, bashed-out verses and shouted-out singalong choruses.

Tacocat, “This Mess Is a Place.” The second palindromic-band award goes to Tacocat, the Emily Nokes-fronted Seattle quartet who have established a reputation as expert purveyors of feminist fun on previously pop-punk offerings such as “Crimson Wave” and “Men Explain Things to Me.” “This Mess Is a Place” finds the band moving up the indie food chain to the SubPop label and considering the compromises of adulthood. “How did we come to be so jaded?” opening song “Hologram” asks. Thankfully the music doesn’t seem the least but tired.

Empath, “Active Listening: Night on Earth.” Philadelphia four-piece Empath’s debut album clocks in at an economical 27 minutes. But if “Active Listening,” which is out on the local Get Better label, is brief, it’s anything but tidy. Empath specialize in psychedelic noise-pop that’s invigorating in its rule-breaking irregularity. Singer Catherine Elicson’s voice can be plenty dreamy on songs like “Roses That Cry,” but she’s often surrounded by a galloping maelstrom of sound that can come off as formless before coalescing and finding the beauty in chaos.

Nigeria 70, “No Wahala: Highlife, Afro-Funk & Juju, 1973-1987.” The fourth various-artist release in Strut Records’ Nigeria 70 series of Afro-Pop reissues maintains the label’s high standards as it dives deeply into the music of the West African nation whose most famous musical ambassador is Fela Kuti. “No Wahala” is full of nimble, light-as-air guitar-driven, hip-swiveling workouts by artists such as Felison Ngasia & the Survivals and joromi artist Sir Victor Uwaifo. the most fun to be had on this list.

Elva, “Winter Sun.” Elva is the new project of Elizabeth Morris, the singer in the beloved London indie-pop band Allo Darlin’, along with her Norwegian partner, Olla Insett. Recorded in a Swedish forest in moose-hunting season, “Winter Sun” doesn’t quite match Allo Darlin’ for the brand of winsome melodicism that will appeal to Belle & Sebastian fans, but it’s still pretty darn fetching, especially when Morris is doing the singing.