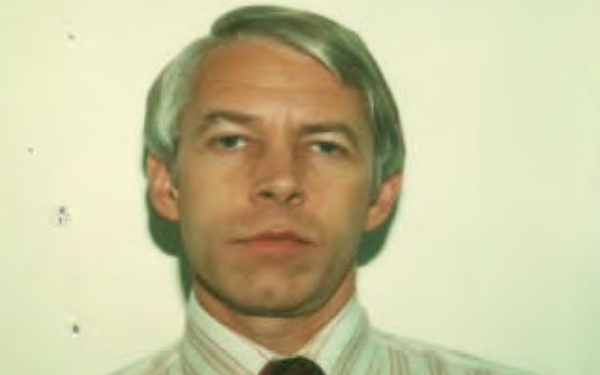 Over the course of two decades, Dr. Richard Strauss sexually abused 177 male students at Ohio State University, and although administrators knew about the misconduct, it was not reported to law enforcement, according to a 232-page investigative report released Friday.

“Investigators concluded that university personnel at the time had knowledge of complaints and concerns about Strauss’ conduct as early as 1979 but failed to investigate or act meaningfully,” the university said on Friday.

One athletic trainer told investigators that people who overlapped with Strauss for any significant time would have to have their “ears plugged, eyes shut, and mouth closed to not realize something was off.”

The report, from law firm Perkins Coie, details graphic sexual abuse perpetrated by Strauss between 1979 and 1998, when the university granted him emeritus status.

He fondled students — sometimes to the point of ejaculation — made them strip under the guise of medical assessments and asked probing questions about their sex lives. The abuse escalated over time, the report said.

One student reported that Strauss put his mouth on his penis to perform oral sex during an exam. The student quit his team and never reported the incident to his coach or the university.

Another student reported that Strauss masturbated in front of him during a medical appointment.

Another student reported that he lost consciousness after Strauss gave him an injection during treatment for a head injury. He awoke to find his pants unbuttoned and unzipped and Strauss stroking his thigh.

Investigators said the survivors’ accounts were credible and corroborated by other records.

While many of the men were reluctant to relive traumatic experiences or harm the university, “these men explained to us that their own children are now college-aged and that they want to help ensure that something ‘like this’ never happened at OSU, or at any institution, again,” investigators said.

They said based on evidence, Strauss abused more than the 177 students identified in the report.

Strauss died by suicide in 2005 in California.

The university is facing multiple lawsuits from former students who say they were victimized by Strauss.

“Now that OSU has admitted to a monumental and fundamental failure to protect its students from sexual abuse, the taxpayers for the state of Ohio should not be responsible for the negligence of Ohio State,” said Brian Garrett, who says he was abused by Strauss. “OSU is a unique state institution in that has its own financial assets that can pay for the harm caused to sexual abuse victims.”

Strauss was a faculty member, athletics doctor and student health center physician. He served as the wrestling team doctor when Congressman Jim Jordan, R-Ohio, worked as an assistant coach. Jordan has denied accusations that he knew about the abuse but failed to report it.

Like other low-level university employees, Jordan’s name does not appear in the report.

Jordan’s spokesman said in a written statement: “The investigators concluded what we have said from the beginning: Congressman Jordan never knew of any abuse, and if he had he would have dealt with it. As illustrated in the report, Investigators ‘did not identify any other contemporaneous documentary evidence indicating that members of the OSU coaching staff, including head coaches or assistant coaches, received or were aware of complaints regarding Strauss’ sexual misconduct.’”

In a systemwide email sent Friday, Ohio State University President Michael Drake said: “On behalf of the university, we offer our profound regret and sincere apologies to each person who endured Strauss’ abuse. Our institution’s fundamental failure at the time to prevent this abuse was unacceptable — as were the inadequate efforts to thoroughly investigate complaints raised by students and staff members.”

Strauss’ misconduct started the first year at Ohio State with unusually long genital exams of athletes and a practice of showering with them in the gym locker room.

Sixteen students told investigators that Strauss solicited them to participate in private photography shoots or that the doctor photographed them in the locker room. Swimmers, gymnasts, soccer players and wrestlers reported that Strauss showered with them and leered at them in locker rooms.

“Despite the persistence, seriousness, and regularity” of athletes’ complaints, no meaningful action was taken until January 1996 when a patient at the student health center made a complaint, triggering an internal investigation by top administrators.

Strauss was fired as a university physician but remained as a tenured faculty member. Later he was given emeritus status when he voluntarily retired in March 1998.

Redacted from the report is information about an investigation by the State Medical Board of Ohio. That information is confidential under state law.

After leaving the university, Strauss opened an off-campus private men’s clinic, placed ads for the clinic in the student newspaper and hired OSU nursing students. The abuse continued there, the report said.

In 1997, Strauss lobbied to be reinstated as a physician at OSU.

The report has been forwarded to Franklin County Prosecutor Ron O’Brien, Columbus police and the attorney general.