P!nk, The National and Little Steven 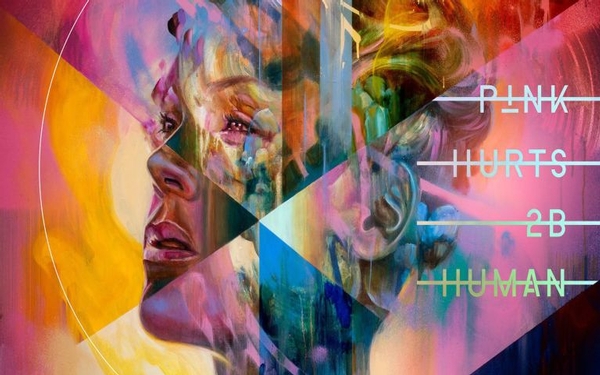 In its own way, P!nk’s eighth album confirms the Doylestown, Pa., native-born Alecia Moore’s standing as an enduring pop star — for nearly two decades now — even more than 2017’s “Beautifully Human.” That album followed a five-year layoff and was accompanied by a full-scale publicity roll-out celebrating the hard-bodied singer’s stature as uncommonly popular artist who still successfully positions herself as an outsider, riding high in a fickle pop world despite being in her late 30s.

“Hurts 2B Human” doesn’t have the benefit of pent-up demand: It arrives just a year and a half after its predecessor, while P!nk — yes, that’s how you have to search for her name on streaming services — is still out on her “Beautifully Human” tour. And yet, there it is atop the Billboard charts again, her third number-one album in a row, fueled by “Walk Me Home,” a typically Pink-like soaring chorus team-up with Nate Ruess of fun., with whom she sang her 2012 megahit “Just Give Me A Reason.”

P!nk is a shrewd collaborator, pairing off with artists that you might not expect: “Hurts 2B Human” finds her working with young pop-hip-hop star Khalid, Beck (with whom she co-wrote the ballad “We Could Have It All,” along with producer Greg Kurstin ), and Dan Reynolds of Imagine Dragons, her cowriter on the snappy opener “Hustle,” which establishes the “don’t-mess-with-me” theme, as if anyone in their right mind would.

Along with those tracks, the gonna-be-huge country-pop duet with Chris Stapleton “Love Me Anyway” and acoustic collaboration with longtime Philly songwriting partner Billy Mann “The Last Song of Your Life,” do what P!nk can be relied on to do. That is, make sturdy, dependable pop music that would be anonymous or predictable in a less sure-of-herself artist’s hands, but in hers comes off as irrefutably and uniquely P!nk. —Dan DeLuca

The relationship between the National’s album “I Am Easy to Find” and director Mike Mills’ short film of the same name is symbiotic: hearing new songs the band was working on inspired Mills to create a film — a condensed life of one woman — which in turn inspired more songs from The National, which became a 68-minute album that dovetails with a 24-minute film. Mills produced the album, acting primarily as a disrupter to habits the band has developed over the course of nearly two decades.

The National has excelled at churning, slow-build anthems that often examine, and sometimes mock, male anxieties and privilege, and “I Am Easy to Find” still digs deep into questions of identity. But these songs are full of women’s voices that contrast Matt Berninger’s mellifluous baritone: Sharon Van Etten, Lisa Hannigan, This is the Kit’s Kate Stables, and several others join in duets or contribute prominent backing vocals. The songs tend to be quieter and more patient and spacious, often with fewer guitars and less drums but with no less tension, beauty or complexity. It’s an inspired reinvention from this restless, artful band. — Steve Klinge

“Somebody open the door! Baby, I’m back to rock some more,” Little Steven Van Zandt announces at the start of “Communion,” the rallying cry that opens “Summer of Sorcery.” The door-opening request seems superfluous: Backed by the 14 members of his newly reconstituted Disciples of Soul, Bruce Springsteen’s right-hand man creates a sound big enough to blow down doors and tear off roofs. It’s a blast from start to finish.

“Summer of Sorcery” presents Van Zandt’s first new material in 20 years. Although he gets in a few digs, he largely steers clear of the politically charged themes that marked much of his ’80s work. As the title implies, this is a record more suited to the lighter atmosphere of summer. “Love Again” and “Soul Power Twist” echo the horn-driven rock-and-soul of the work he did as writer and producer on Southside Johnny and the Asbury Jukes’ first few records, and “Superfly Terraplane” is a swaggeringly propulsive rocker. “A World of Our Own” has a Spectorian splendor and, like the title song, is infused with romantic yearning, while “I Visit the Blues” is a rare, 12-bar excursion and the self-explanatory “Party Mambo!” adds some world flavor.

“You can’t fight it,” Van Zandt says of the subject of “Gravity.” The same goes for the pull of this music. — Nick Cristiano