Will Lori Loughlin’s daughters testify against her in college admissions scandal? 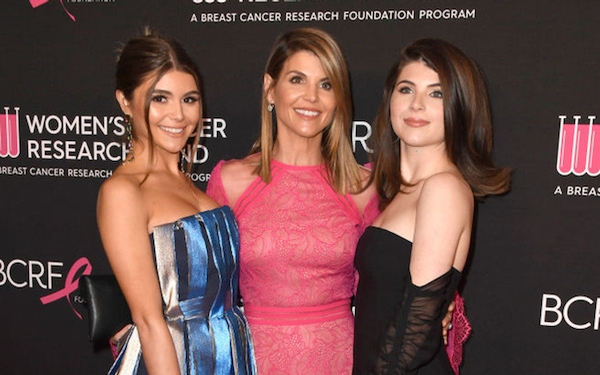 Lori Loughlin has vowed to fight charges in the college admissions scandal.

But as her attorneys craft her defense to allegations that she and her husband used bribes to get their children into college, legal experts said they must weigh whether the fight will lead to their children being called to testify against them.

Loughlin, her husband and several other defendants in the college admissions scandal face another court date Monday. It will probably take months for their defense strategy to take shape.

Lara Yeretsian, a criminal defense attorney who was part of Scott Peterson’s and Michael Jackson’s legal teams, said that if Loughlin and Giannulli are willing to risk going to trial, it, they may find jurors and a judge more sympathetic than prosecutors.

“They may very well have an affirmative defense: Yes, they paid a lot of money to get their daughters into college, but they may not have known that the money was being used to bribe college officials. They may have truly believed that they were supporting a legitimate nonprofit cause,” she said.

But, she cautioned, the couple could also have to face their own daughters — Olivia Jade and Isabella Rose — as witnesses for the prosecution. Neither so far has received a target letter suggesting she would face charges, but that wouldn’t preclude prosecutors from putting them on the stand to help with the federal government’s case.

Yeretsian said prosecutors “can require the daughters to testify.”

The value of their testimony depends on what the children knew.

“The fact that the daughters haven’t been charged in the case tells me that they really didn’t know or understand that something illegal was happening,” Yeretsian said. “Posing for pictures for athletic teams is a far cry from knowing the money their parents paid Singer was being used to bribe college officials and coaches. We know of no evidence showing they knew about the bribery.”

Their legal team is probably banking in part on William “Rick” Singer, the admitted mastermind of the scheme, being a less than star witness.

The couple is alleged to have paid him $500,000 to help get their daughters into the University of Southern California. But a source familiar with the defense casts them as unwitting pawns in Singer’s scheme of using a side door to guarantee college admissions,

Loughlin and Giannulli, had no sense they were engaging in any kind of crime, hence their not-guilty pleas and continued reluctance to plead out, said the source, who spoke to the Los Angeles Times on the condition of anonymity.

Loughlin and Giannulli are accused of paying to have their two daughters admitted to USC as crew recruits. Though neither is a rower, the parents saw being a coxswain as their daughters’ ticket into the private college, according to an affidavit filed in federal court.

Authorities allege the couple agreed to take advantage of what Singer called his “side door” into the university by bribing USC senior associate athletic director Donna Heinel to designate their older daughter as an athletic recruit on the crew team. Heinel is also charged in the scheme and has pleaded not guilty.

After their older daughter’s admission was secured, Loughlin and Gianulli repeated the scam in 2017 with their younger daughter, authorities allege. Singer allegedly told the couple he would present their daughter as a crew coxswain for the L.A. Marina Club team and requested they send an “action picture.” The couple sent him a photo of their daughter on a rowing machine, according to the affidavit.