It’s blockbuster season: Here are the movies you need to see this summer 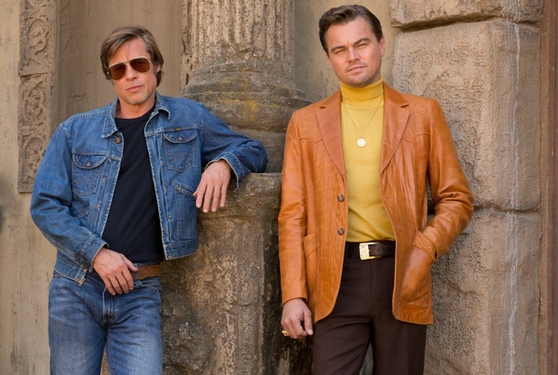 Brad Pitt and Leonardo DiCaprio star in Columbia Pictures "Once Upon a Time ... in Hollywood." (Andrew Cooper/Sony Pictures)

As much as I’d like to complain about the number of sequels and reboots on the summer schedule, the sick truth is I want to see Gerard Butler play a Secret Secret service agent yet again in “Angel Has Fallen.”

We all have our weaknesses. And I wouldn’t mind seeing the Rock and Jason Statham team up against Idris Elba in “Fast and Furious 10,” or whatever number we’re on.

But not everything is unoriginal. There’s a Quentin Tarantino (“Once Upon a Time in Hollywood”) and a Richard Linklater (“Where’d You Go, Bernadette”), and a Danny Boyle (“Yesterday”), so there’s a little fan service for the auteur crowd.

Here is a partial list of the summer titles, dates subject to change.

“Yesterday” (June 28). A Danny Boyle comedy about a musician (Himesh Patel) who wakes up in an alternate reality wherein no one has heard of the Beatles, and considers the ethics of appropriating their music for his own purposes.

“Midsommar” (July 3). Call it thinking man’s horror: Ari Aster, who directed Toni Collette in the critically acclaimed Hereditary, returns by bringing Florence Pugh to a once-a-century festival in Scandinavia. But it’s not just maypoles and flower crowns in a place where the sun never sets.

“Stuber” (July 12). A cop (Dave Bautista) who can’t see well enough to drive shanghais a harried Uber driver (Kumail Nanjiani) and leads him through a series of dangerous situations in this riff on 1980s action comedies.

“The Lion King” (July 19). The Disney drive to reboot its animated classics with a combination of live action and CGI continues here. Jon Favreau — who had success with the Jungle Book adaptation — directs. The voices are provided by Beyonce, Chiwetel Ejiofor and Donald Glover. July 19.

“Once Upon a Time In Hollywood” (July 26). Quentin Tarantino re-creates late ’60s Hollywood in this story of a fading star (Leonardo DiCaprio) and his stunt double (Brad Pitt) in a narrative related to the murder of Sharon Tate (Margot Robbie) by the Manson family.

“Fast & Furious Presents: Hobbs and Shaw” (Aug. 2). This sequel is fast, but nobody’s furious, because Vin Diesel is not in it. Hobbs (Dwayne Johnson) teams with buddy/rival shaw (Jason Statham) to take down some bad guys.

“The Kitchen” (Aug. 9). A DC comic adaptation, but an offbeat one. When mob bosses are sent off to prison, their wives (Melissa McCarthy, Tiffany Haddish and Elisabeth Moss) take over the “family” business.

“Dora and the Lost City of Gold” (Aug. 9). The popular children’s TV show gets the live-action big-screen treatment in this adventure comedy about a girl (Isabela Moner) on a jungle mission to rescue her missing parents (Michael Peña, Eva Longoria).

“Blinded by the Light” (Aug. 14). When the son (Viveik Kalra) of Pakastani immigrants in the U.K. falls in love with the music of Bruce Springsteen, it causes consternation among friends and family.

Special Features
Digital theater is all the rage, but could it destroy the live stage?
587 views

Special Features
Intimate portraits piece together the puzzle of Natalie Wood, the person and mother
437 views

Special Features
Now’s the perfect time to dive into musicals. Here are our critic’s top 7 to watch
338 views

Special Features
Oscars 2020: Who will win and who should win
942 views

Special Features
Secret screenings. Redacted scripts. How they make the twists in ‘This Is Us’
392 views