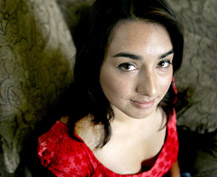 The man on the phone wanted to host a foreign exchange student – specifically, he wanted a Russian female age 17 or 18.

Olga Aceska, on the other end of the line, decided not to call him back. “I didn't even bother proceeding because of that conversation,” she says. “It was just weird.”

Aceska, president of Educational and Cultural Interactions, says such personal judgments have long been a big part of screening for host families.

Now, she applauds new, tougher State Department rules requiring criminal background checks on families before they can host foreign students. Enacted this spring, the mandate is a response to growing concerns about sex abuse and other crimes against exchange students.

Danielle Grijalva, a Californian who founded a safety organization for exchange students, says reaction has been mostly positive, though she heard some complaints from applicants who called such checks a “slap in the face” after agreeing to open up their homes to foreign students.

About 30,000 foreign students come to the United States each year, directly through school exchange programs or nonprofit organizations that place students in schools.

No single agency has tracked the number of crimes against exchange students. Under the new rules, exchange programs must tell students how to identify and report sexual abuse, and they must notify the State Department and local law officers of any reports.

Stanley Colvin, director of the State Department's Office of Exchange Coordination and Designation, says his office has received 20 abuse reports since last August.

While Colvin's office has oversight of programs that use cultural exchange visas, 15,000 students study in the United States each year on F-1 visas obtained through the Department of Homeland Security. Some of those students live with relatives or independently, but others find unregulated programs to place them in homes.

The rules also don't apply to other countries, meaning U.S. students must rely on program coordinators to place them in safe homes. And organizers say students rarely question the screening process.

Michelle Aldana, a senior at Lakewood Presbyterian School, just hoped she'd get a welcoming family for her upcoming year in France. “I'm praying that they won't be snobby,” she says.

The idea that her host family might be a source of danger hadn't occurred to her. She says she trusts her program – South Central Rotary Youth Exchange – and will have an emergency contact number, but she says she'd take comfort in knowing the host family had some kind of criminal review.

“People aren't always what they seem,” she says.