Movie review: In this troubling reboot, plot gets ‘Shaft’ 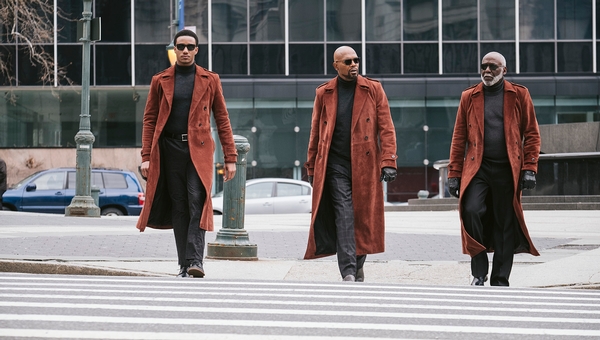 In Hollywood, everything old is new again. As much as we whine and cry and gnash our teeth, intellectual property is king, simply because it’s there, available to be rebooted, rehashed, reheated. Remember “Shaft”? How about more “Shaft,” but with more hacky jokes about millennials and an incredibly ugly homophobic streak? After a trilogy of ’70s blaxploitation films, a short-lived TV series and a 2000 reboot, cool New York City detective John Shaft is back again in, you guessed it, “Shaft,” with a modern update that goes completely sideways in all the wrong ways. This Shaft is a bad mother all right, and it’d be better if he just shut his mouth.

Samuel L. Jackson reprises his role from John Singleton’s 2000 film, “Shaft,” as detective John Shaft II (technically the original Shaft’s nephew, though this film doesn’t clarify the lineage much). After a brutal 1989 shootout, his girlfriend Maya (Regina Hall) takes off with their child, JJ, and raises him away from the violence of Harlem. JJ (Jessie T. Usher) grows into a smart, nerdy MIT grad who takes a job working as an FBI analyst. When a childhood friend (Avan Jogia) struggling with addiction succumbs to a drug overdose, JJ has to turn to his estranged father and learn the ways of the street to uncover the truth.

Written by Kenya Barris and Andrew Barnow, the plot seems like merely a second thought and almost completely unnecessary. So much of the exposition is dispatched with long reams of dialogue during scenes wherein a random comedic sidebar distracts from any pertinent information. How are we supposed to understand the explanation of the intricate workings of a drug trafficking ring that may or may not have anything to do with a local mosque or an advocacy group for veterans when there’s all these corny Uber jokes in the mix?

Yet this distracting material is far preferred to the film’s other brand of humor, which is wildly homophobic and misogynistic. Barris and Barnow have tried to glean some jokes from the generational differences between the young, woke, educated JJ and the street-smart Shaft, who cut his teeth in a different time. But every cheap jab at metrosexual millennials just comes off as mean-spirited, dripping in the kind of toxic masculinity JJ’s generation has been trying to throw off. The too-little too-late lessons in manhood from his father consist of sexually objectifying women, and even worse, sexually objectifying firepower. There’s a restaurant shootout that features JJ’s crush Sasha (Alexandra Shipp) salivating at the sight of him taking up arms. It’s grossly fetishistic. And it’s particularly troubling given the public health epidemic of gun violence gripping our nation.

With its nasty attitude and haphazard, tonally inconsistent direction by Tim Story, there isn’t much “Shaft” can do to win audiences over. A last-minute appearance by the charismatic Richard Roundtree reminds us why the character has been so appealing for so long. But it just makes you wish you were watching Roundtree’s original films, which get away with taboo material because of the era. If this minor effort proves anything, it’s that blindly grafting the ethos of “Shaft” directly onto a modern story without any self-reflection simply doesn’t cut it. Can ya dig that?