The best insider tips for grilling beef this summer 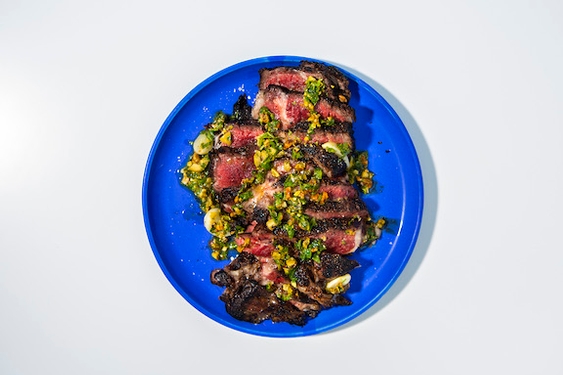 If you think there’s nothing new to learn about steaks, think again.

I recently asked Katie Flannery, the second-generation scion of Flannery Beef, a well-regarded Bay Area beef purveyor, to share her beef grilling secrets. She told me four things I found to be aha moments that make me excited to get back to the grill this summer, with recipes from Katie Flannery herself and two Los Angeles chefs who serve her beef on their menus.

First, be on the lookout for prime hanger steak. No matter how trendy it becomes, hanger is always more affordable than rib-eye, strip and filet—and it’s always more flavorful. Buying it prime-grade—a subjective term that means a steak with the highest percentage of fat marbling—ratchets up the flavor even more. “All the extra fat that a prime hanger steak contains really mellows out any kind of gamey iron flavor that you might associate with hanger,” Flannery says. “It’s hands down my favorite steak, and if you ever see it, buy it without any hesitation.”

Third, when you splurge on a rib-eye steak, you want it cut from the front, or chuck, end of the rack—because it contains the largest proportion of what Flannery says is the tastiest part of the cow. (Her custom-cut 3-inch-thick bone-in rib-eye Jorges are such steaks.) “Because of where we cut it, each steak has more of the spinalis dorsi muscle, or ‘rib cap’ in the steak,” she says. “This muscle is often called the ‘deckle,’ but that’s not right. It’s its own thing and gets the most worked-out on the cow, so it’s also the most flavorful.” To get this cut from your butcher, ask him or her to cut two 3-inch-thick steaks, including the first two rib bones, from the chuck end of the rib primal (the whole cow section from which all rib-eye steaks are cut).

Finally, Flannery advises adding ground dry-aged beef scraps to your burgers. When I saw dry-aged beef being used in burgers on restaurant menus, I thought supremely pricey dry- aged steaks were being ground up for hamburger meat. (The price of the burgers usually supported that idea.) That’s not the case, she says; instead, fresh ground meat is often mixed with dry-aged steak trimmings, mostly the super-flavorful fat. If your butcher doesn’t sell a “dry-aged” burger meat mix, ask if he or she will sell and grind dry-aged beef scraps for you, which you can then mix into freshly ground beef cuts at a ratio of 30% fat to 70% meat.

Chef Brandon Kida of Hinoki & the Bird in Century City, Calif., utilizes the intense beefy flavor of prime hanger steak as a backdrop to flavor with loads of red chiles and Sichuan peppercorns. Prime hanger steaks have more marbling than regular, or “choice,” hanger steaks you often see in grocery stores, so it’s worth searching out. Ask your local butcher to order it for you, or if you can’t find it, use regular hanger steak, which will still taste great coated in the fragrant spices of this stir-fry-like dish.

4 scallions, thinly sliced on the diagonal

1. Prepare a charcoal grill for direct, high-heat grilling or heat a gas grill to high. (Alternatively, heat a large cast iron skillet over high heat.) Season the steak all over with salt and add to the grill or pan. Cook, flipping once halfway through, until golden brown and an instant-read thermometer inserted in the thickest part of the steak reads 120 to 125 degrees for medium-rare doneness. Transfer the steak to a plate, tent loosely with foil, and let rest for five minutes while you make the spice mixture. Leave the grill on.

2. Combine the Sichuan and black peppercorns and coriander and cumin seeds in a mortar and pestle or spice grinder and finely grind. Transfer the steak to a cutting board and cut across the grain into quarter-inch-thick slices.

3. Heat the oil in a large cast iron pan or skillet over high heat on the grill (or on your stove). Add the garlic and cook, stirring, until fragrant, 20 to 30 seconds. Add the red chiles and reserved spice mixture and cook, stirring constantly, until lightly toasted, one to two minutes. Add the sliced steak and toss quickly to combine with the spices (you don’t want to cook the steak more), about 10 seconds. Season with more salt.

4Immediately transfer the steak and spices to a large serving bowl or platter. Sprinkle with the sliced scallions, squeeze the citrus wedge all over, and serve immediately.

Whisk two large eggs in a bowl, place one and a half cups all-purpose flour in a second bowl, and two cups panko breadcrumbs in a third bowl. Slice the raw hanger steak into quarter-inch-thick slices and season with salt and pepper. Dredge the slices first in flour, next in egg, and then in breadcrumbs, shaking off any excess. Heat two quarts peanut oil in a large Dutch oven or deep-fryer until it registers 350 degrees on a deep-fry thermometer. Working in batches, add the steak slices and fry until golden brown and just cooked through, two to three minutes. Transfer the fried steak to paper towels to drain briefly, then toss in a bowl with the Sichuan spice mixture and scallions. Serve with the calamansi or lemon wedge.

Chef Vartan Abgaryan of Yours Truly in Venice, Calif., serves Flannery’s Jorge steak with a floral herb and citrus gremolata, teeming with sweet poached garlic cloves, and a side of grilled broccolini dressed in a tart balsamic vinaigrette. Flannery sells its Jorge steaks nationwide via its website, flannerybeef.com. But you can also ask your local butcher for a 3-inch-thick bone-in rib-eye steak, cut from the chuck end, as a substitute. Because these steaks are so large, it is important to remove them from the refrigerator at least 30 minutes before you plan to cook them, so that they cook evenly.

2 Jorge steaks (see note above) or other 3-inch-thick, bone-in rib-eye steaks (36 ounces each)

1. Heat a large skillet over medium-high heat. Add the peanuts and cook, tossing occasionally, until toasted and fragrant. Place the peanuts in a mortar and pestle, let cool, and roughly crush (or roughly chop with a knife); return to their bowl.

2. Prepare a charcoal grill for both direct, high-heat grilling and indirect grilling. Or heat a gas grill to medium-high on one side and low on the other side. (Alternatively, heat a large cast iron skillet over medium-high heat and heat the oven to 250 degrees.) Brush the steaks very lightly with olive oil, then season liberally with salt and pepper. Place the steaks on the direct, high-heat side of the grill (or in the skillet) and cook, flipping from cut side to cut side once, then to fat side, until lightly charred at the edges and mahogany brown all over. (If you encounter flare-ups, move the steak to the indirect or low-heat part of the grill for a few seconds before returning it to the flame.) Move the steaks to the indirect or low-heat part of the grill and close the grill. (Alternatively, transfer the steak in the skillet to the oven.) Continue cooking the steaks, checking every five minutes or so, until an instant-read thermometer inserted into the thickest part of the meat reads 120 to 125 degrees for medium-rare doneness. Transfer the steaks to a platter, tent loosely with foil, and let rest for at least 10 minutes as you cook the broccolini. Leave the grill on.

3. In a large bowl, toss the broccolini with a drizzle of olive oil, and season with salt and pepper. Place the broccolini on the direct, high-heat side of the grill—or in another large skillet — (reserve the bowl) and cook, turning occasionally and placing the stems on the hottest part of the grill, if possible, until lightly charred and the stems are just tender, about eight minutes. Return the broccolini to the reserved bowl and toss with the crushed peanuts, a quarter cup of the balsamic vinaigrette and the scallions.

4. Uncover the steaks, cut along the bone in each steak to remove it, then slice the meat crosswise into half-inch-thick pieces. Transfer the slices with the bones to a large serving platter and “reassamble” the steak, then spoon some of the gremolata over the meat. Serve the broccolini on a platter next to the steak with bowls of extra gremolata and balsamic vinaigrette on the side.

1. Bring the milk and one cup of whole garlic cloves to a simmer in a small saucepan over medium heat, then reduce the heat, if necessary, to maintain a gentle simmer. Cover partially and cook, stirring occasionally, until the cloves are very tender, about 15 minutes. The tip of a paring knife should slip in and out of each clove with no resistance. Drain the garlic in a colander, rinse and then transfer to paper towels to dry.

2. Heat a large skillet over medium-high heat. Add the pistachios and cook, tossing occasionally, until toasted and fragrant. Transfer the pistachios to a cutting board, let cool, then finely chop. Place the chopped pistachios in a medium bowl, then stir in the olive oil, parsley, olives, salt, citrus zests and juices and the one clove of raw minced garlic. Add the poached whole garlic cloves and stir them into the gremolata. Transfer to an airtight container and store in the refrigerator for up to three days. Bring to room temperature again before serving.

In a blender, combine the balsamic, honey, soy sauce, mustard, salt, paprika and lemon zest and juice. With the blender running, slowly drizzle in the olive oil until the vinaigrette emulsifies. Season with more salt, if desired, and transfer to a serving bowl. Store in an airtight container for up to one week.

Make ahead: Both the pistachio gremolata and balsamic vinaigrette can be made up to three days in advance and stored in the refrigerator until ready to use. 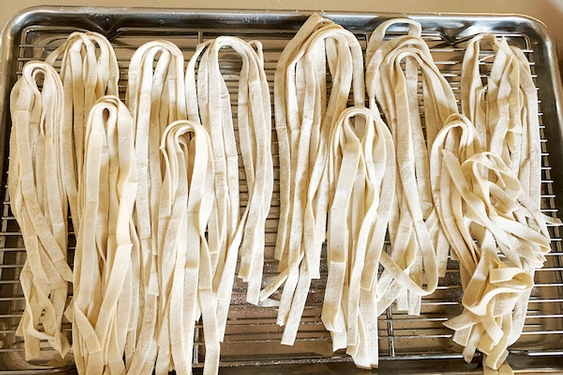 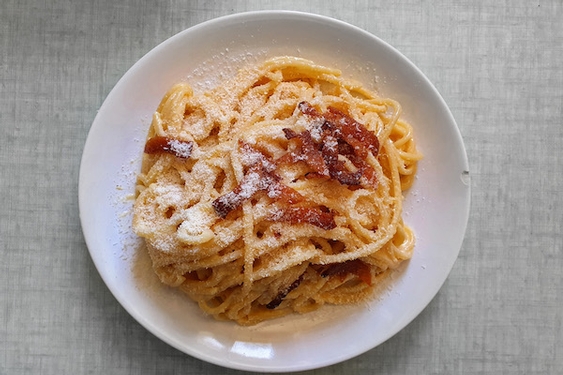 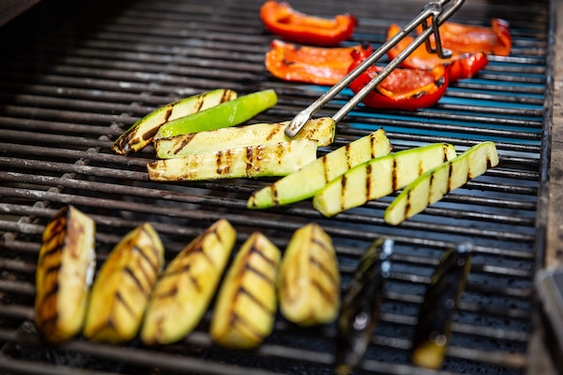 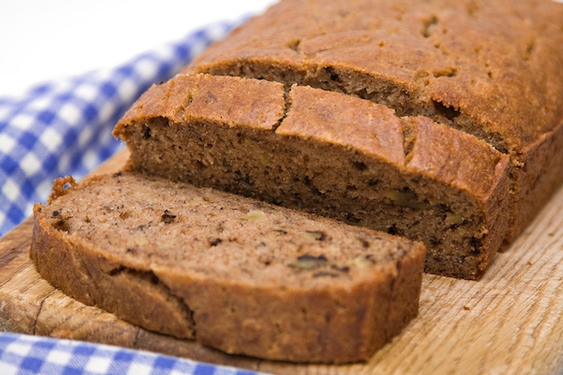 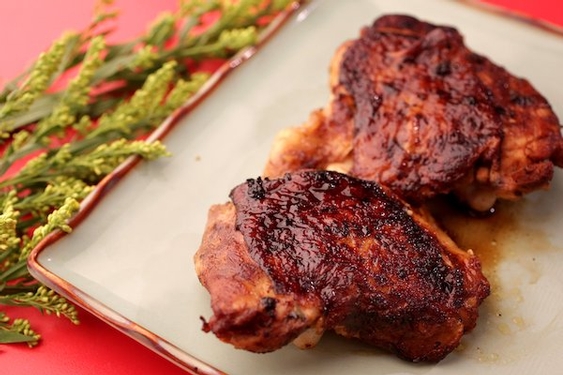 Recipes
Solo dining: Living it up by yourself
574 views 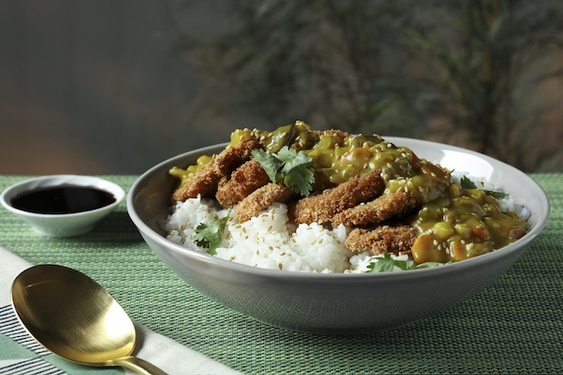 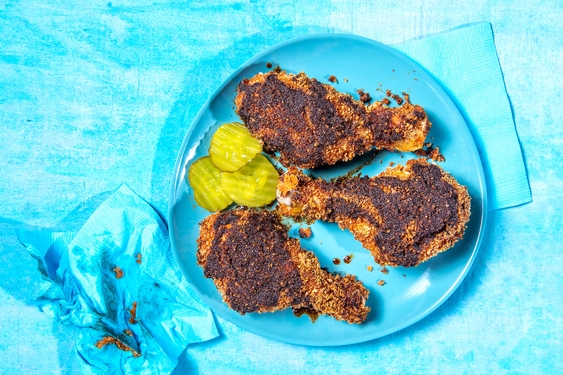 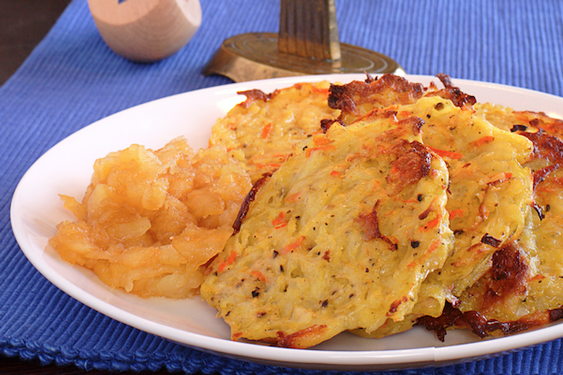 Recipes
For your Hanukkah meal, celebrate the miracle of oil by deep-frying more than potatoes
778 views 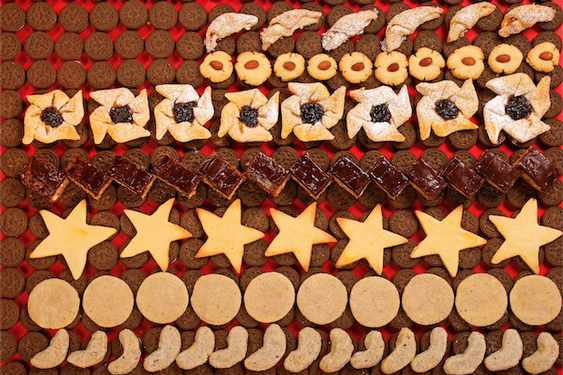 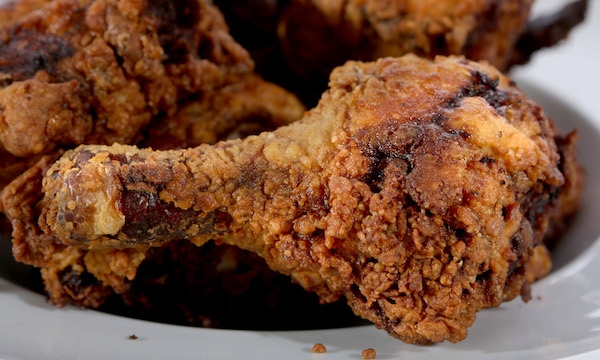