From trauma to triumph, 7 songs that sum up star Ariana Grande 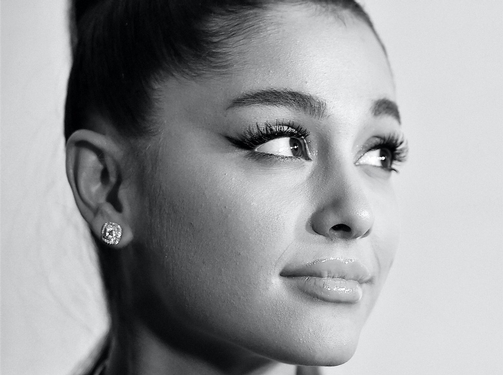 In February, she became the only artist other than the Beatles to occupy the top three spots on Billboard’s Hot 100. In April, she was named one of the 100 most influential people in the world by Time magazine — for the second time. And she’s the second-most-followed woman on Insta­gram (after Selena Gomez).

But what’s most impressive about Ariana Grande is how she turns personal pain into potent pop. The 2017 tragedy after her concert in Manchester, England, when a terrorist bomb killed 22 fans. The September 2018 overdose death of her former boyfriend, rapper Mac Miller. Her public breakup in October 2018 with fiancé Pete Davidson of “Saturday Night Live.”

Grande’s last two albums, “Sweetener” and “Thank U, Next” — released six months apart, an unheard-of schedule in today’s music world — are masterworks of pop as well as chart-toppers (“Thank U” is the No. 1 seller of 2019).

Below, we look at how the 26-year-old ponytailed powerhouse addressed her life in seven recent songs.

Real life: Grande had a lot to process in 2017, with the terrorist attack at her Manchester show in May and then a benefit/memorial concert there two weeks later. This was her way of coping, acknowledging and moving on. The haunting, disco-y tune, dropped in April 2018 as the preview single for her summer album “Sweetener,” reached No. 3.

Real life: Was this a message for Miller with his drug problems, Davidson with his mental illness, the families of victims of the Manchester concert or just a generic salvo for all those close to Grande? In any case, this musical hug, as she calls it, is more powerful than 365 Hallmark get-well cards.

Real life: This song on “Sweetener” ends with several seconds of recorded silence. In a tweet, Grande explained that after the Manchester bombing, she suffered from major anxiety for about three months and experienced trouble breathing. She tweeted: “lots of voices in my head singin.”

Key lyric: “Stayin’ up all night, order me pad thai. Then we gon’ sleep ’til noon. Me with no makeup, you in the bathtub. Bubbles and bubbly, ooh. This is a pleasure, feel like we never, act this regular.”

Real life: It’s an ode to Miller, a dreamy piece imagining how their life together could be if things had been normal.

Key lyric: “I know that it breaks your heart when I cry again. ’Stead of ghostin’ him.”

Real life: After Miller died, she missed him terribly and felt bad that her still-strong feelings for him hurt her then-fiancé Davidson.

Key lyric: “Thought I’d end up with Sean. But he wasn’t a match. Wrote some songs about Ricky. Now I listen and laugh. Even almost got married, and for Pete I’m so thankful. Wish I could say ‘thank you’ to Malcolm. ’Cause he was an angel.”

Real life: Unlike the cagey Taylor Swift, Grande names names in this No. 1 song about her former boyfriends — rapper Big Sean, dancer Ricky Alvarez plus Davidson and Miller. Singing “I’m so [bleeping] grateful for my ex,” she asserts that she’s ready to make her herself better, but appreciates what her exes meant to her.

Key lyric: “Wearing a ring, but ain’t gon’ be no ‘Mrs.’ Bought matching diamonds for six of my bitches. I’d rather spoil all my friends with my riches.”

Real life: Sampling “My Favorite Things” from “The Sound of Music,” Grande boasts like a rapper about how she bought seven diamond rings at Tiffany — one for herself, the rest for her besties. Friendship trumps all, she seems to say. Fans apparently agreed, sending this song to No. 1.