For most, cash-back cards are better than airline credit cards 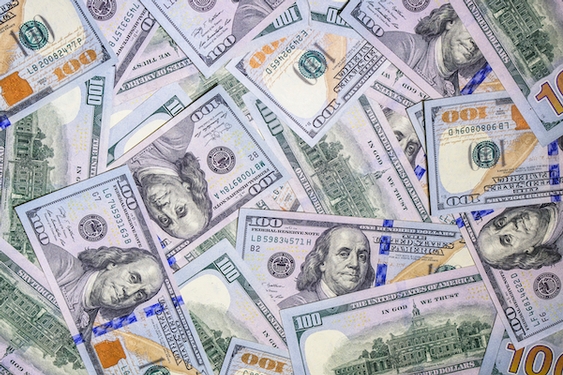 If you use an airline credit card, such as the American Airlines Aadvantage MasterCard, might I suggest a cash-back card instead? Airline cards award one mile or point per dollar you spend, and that’s great if you’re a big spender: after charging $25,000 you might earn enough miles for a free round-trip domestic flight. But most people don’t charge enough, or quickly enough, to earn a flight award, and those tickets come with unpleasant restrictions and fees that most people only learn about when it’s too late.

The best cash-back cards, in contrast, refund 2% on everything you buy with them, so even if you spend $12,000 you’ll get back $240, or enough for a free nonstop flight from L.A. to New York when there’s a fare sale. Even better, some of these cards offer cash sign-up bonuses, and, unlike airline-affiliated cards, all of which have hefty annual fees, most cash-back cards have none.

But the biggest reason to switch to cash-back might be all the rules you unwittingly agree to abide by, and fees you agree to pay, when you join a frequent-flyer program.

And yes, I wrote “free,” because your frequent-flyer awards, which once required no cash layout, are also subject to fees and co-pays: a mysterious $200 fee for an economy class ticket from New York to London; a $75 fee for a flight booked 21 or fewer days before departure; a $150 fee for a change or cancellation; a $550 fee, each way, plus miles or points, for upgrading from economy to business or first class; and on some airlines a fee to reinstate expired miles. Don’t forget to add the $95 annual credit card fee you pay for the privilege of earning those miles and paying those fees.

The airlines have added these fees and devalued their loyalty programs with such stealth that most members didn’t notice. Miles- and points-obsessed consumers are like the proverbial frog in a gradually heated pot. By the time we noticed what was going on, we were hooked — and cooked.

Which cash-back cards offer the best value? Try these recent offerings, which, like frequent-flyer programs themselves, are subject to change:

No annual fee; 2% on everything you purchase.

No annual fee; 2% on everything you buy. The only “catch” is that you must have a money market or retirement account, or open one, with Fidelity, since the money you earn goes into that account.

Let’s do some math:

Fifteen-thousand dollars spent on your airline credit card earns 15,000 miles, not enough for most domestic round-trip tickets; the same amount spent on the Fidelity or Citi Double Cash cards gets you $300. The Savor card — assuming you spend the three-month minimum including $500 on restaurants or entertainment, and $500 on groceries — returns $940.

Convinced? I have just one request. Whether you apply for a miles-earning or a cash-rewarding card, do yourself and every other consumer a favor: do so with the issuing bank directly, not through a website claiming to advise which cards are best. Banks pay these sites many millions each year in referral commissions, which get “baked” into the credit card fees, penalties and interest rates all consumers end up paying. As bad, the listings aren’t always complete since cards that don’t pay don’t get listed.

Earning points and miles with a credit card still appeals to many consumers, and I get it. The sign-up bonuses, sometimes as high as 100,000 miles, are enticing. But after they spend this haul, many people are better off with a cash-back card. Since most Americans fly no more than once a year, it’s impossible to earn enough miles for an award ticket.

Like air travel itself, the frequent-flyer loyalty program, so alluring when it first appeared, ain’t what it used to be.