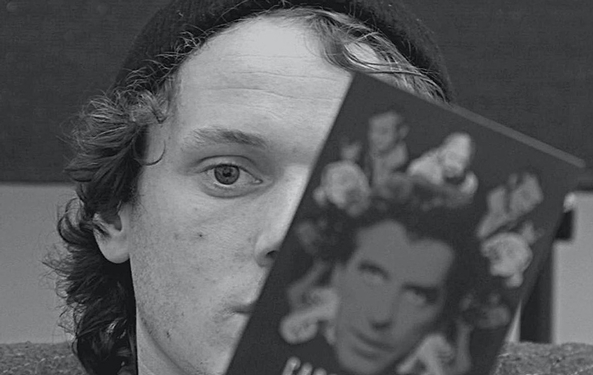 You feel the love in “Love, Antosha,” that’s for sure. But you also feel something else, a sadness that is close to overwhelming. How could it be otherwise?

For the Antosha referred to in the title of this moving documentary is Anton Yelchin, the gifted, charismatic actor who died in a freak accident three years ago at only 27 years of age.

Spearheaded by Yelchin’s parents and producer Drake Doremus (who directed the actor in his memorable role in the Sundance prize-winning “Like Crazy”), “Love, Antosha” gives Yelchin’s co-workers and the people who knew him best a chance to describe what made him so extraordinary.

Though words like “he was an absolute one-of-a-kind, nothing about him wasn’t wonderful” (from Frank Langella) can sound standard in print, when you hear them on the screen you know they come from the heart.

That’s even more true from the people who were closest to Yelchin, especially costars like Chris Pine and Kristen Stewart who became intimate friends and remain clearly distraught at his loss.

Also heard is Yelchin himself, with first-time director Garret Price not only making use of numerous interviews the actor gave but employing Nicolas Cage to read letters and journals he wrote.

Yelchin, who was born in St. Petersburg, Russia, came by his artistic leanings through his parents, Irina and Victor, both top Soviet figure skaters.

Troubled by the revival of anti-Semitism, the couple relocated to the United States, selling all their possessions for rock-bottom prices and not speaking a word of English.

“It didn’t matter,” they felt. “We have Antoshka.”

Their son’s career flourished and one thing that astonishes everyone is Yelchin’s productivity, because despite his youth the actor had appeared in a staggering 69 film and TV projects, including such big deal events as the rebooted “Star Trek,” “Terminator Salvation” and “Curb Your Enthusiasm.”

Gripped by a desire to do everything, to take the low road as well as the high, Yelchin had an appetite for acting that was unstoppable.

“He had a childlike appetite for experience,” says Ben Foster, his “Alpha Dog” costar. “He was always looking under the hood.”

That appetite was joined to a determination to get every role just right.

When he needed to learn Russian-accented English for his role as Chekov in “Star Trek,” he decided his parents’ way of speaking wasn’t quite right and sought out his grandfather instead.

And when he needed to be drunk on screen before he’d had the experience in real life, the actor sneaked downstairs one night and recorded his reactions to increasing amounts of his parents’ liquor.

Yelchin started taking acting lessons at age 9 and knew almost immediately, he remembers, “I want to do this, I want to make movies.”

A key early role was “Hearts in Atlantis,” where costar Anthony Hopkins remembers Yelchin having “such poise and confidence, without being obnoxious or overbearing.”

One of “Love, Antosha’s” highlights is the emotional candor of Kristen Stewart, who had a serious crush on Yelchin when she was 14 and remembers being “baffled by how good he was, intimidated by his being so gracious.”

And then Stewart admitted, “He kind of broke my heart.”

The documentary also deals with things about Yelchin that were not so well known, like his lifelong battle with cystic fibrosis and an interest in the dark side, which included making unsettling photographic portraits in a sex club in the Valley.

Though at times he grew frustrated with the compromises that he feared he was making to further his career, Yelchin never lost his passion for acting.

“He wanted to challenge himself,” says Willem Dafoe, his costar in “Odd Thomas.”

How sad that that journey came to such an abbreviated close.