The NCAA this week quietly dropped a recommended reform that would have given the association more authority to handle the kind of academic misconduct that left dozens of athletes at UNC-Chapel Hill with subpar educations.

Two NCAA panels, including one led by former U.S. Secretary of State Condoleezza Rice, had called for the NCAA to reform a rule that lets member schools make the call on what constitutes academic fraud on their campuses. UNC cited that rule to escape NCAA sanctions by contending classes that never met and had provided high grades for term papers regardless of quality were legitimate.

But at a meeting this week, the NCAA’s board of directors for the Division I schools that include big-money conferences such as the ACC and SEC decided not to pursue the reform. That decision wasn’t included in an NCAA news release Wednesday that announced the board “seeks to shore up academic integrity rules.”

The News & Observer learned the proposed reform had been dumped after obtaining a report from the NCAA that was prepared in advance of the meeting. The report, by the Division I Presidential Forum, said most member schools weren’t enthused about giving the NCAA that kind of authority over academics.

“The concept was to add an overarching bylaw that would capture instances of systemic, willful disregard for academic integrity as it pertains to student-athlete eligibility and/or fair competition,” the report said. “Feedback from the membership on this idea indicated some but not significant support.

“Comments trended toward concern that such a provision would be unnecessary and that recent changes in the infractions process will capture systemic academic malfeasance. As such, the (forum’s) Steering Committee decided not to submit the concept at this time.”

The committee said it would “retain” the proposed bylaw as an “option in the future” if academic misconduct persists.

Michelle Hosick, an NCAA spokeswoman, confirmed the Division I board of directors also chose not to back the proposed bylaw. She said NCAA officials had no further comment.

One board member is UNC-Charlotte Chancellor Philip Dubois. He had told state lawmakers last year that the NCAA was going to get tougher on academic misconduct.

Dubois said in an email to the N&O on Friday he opposed dropping the proposed reform, but he had to support his conference’s differing opinion. UNC-Charlotte is a member of Conference USA.

“I was the only dissenting vote in my conference, but was obligated to vote the conference position,” he wrote.

Hosick’s news release quoted the board chairman, University of Kentucky President Eli Capilouto, as saying: “Today’s action is appropriate because it places the onus on individual campuses to preserve academic integrity.”

That onus has long been on schools, and critics say it has contributed to academic problems in college athletics. The NCAA did little when news reports outed independent studies with little rigor at Auburn University in 2006 and the University of Michigan two years later that were popular with athletes. In both cases, professors were found to have provided some instruction.

At the time of the Auburn case, UNC’s chancellor expressed support for universities’ jurisdiction over academic quality. He and other UNC officials were convinced nothing like what took place at Auburn was happening at Chapel Hill.

In fact, something far worse was afoot. Within the African and Afro-American Studies department, Deborah Crowder, an academic secretary with no expertise in the subject, had been creating and grading “paper” classes for more than a decade. The most detailed investigation into the scandal, led by former federal prosecutor Kenneth Wainstein in 2014, found more than 3,100 students took at least one sham class, with athletes accounting for nearly half of the enrollments.

When Crowder retired in 2009, an academic counselor for the football program persuaded department chairman Julius Nyang’oro to continue the classes. He created several more until the summer of 2011, when the N&O reported a transcript of a football player that showed an inexplicably high grade in an upper-level class.

But even as the scandal drew national headlines, the NCAA’s member schools stuck to their position that they have the final say on academic quality on their campuses. Athletes who cheated were fair game under NCAA rules, but schools that did with shoddy or non-existent classes were not.

The academic integrity group within the NCAA cited that flaw in its report, released early this year.

“That may be because many, if not most, of these problems arise not from the student-athletes themselves but from the non-students who often have a vested interest in ensuring the student-athlete remains academically eligible to compete,” the report said. “While institutional policies regarding academic integrity must address all students, they may or may not relate to these other individuals who interact uniquely with student-athletes.”

There was no evidence that athletes at UNC were behind the sham classes. Wainstein’s investigation found counselors in the athletes’ academic support program pushed for less rigorous independent studies in the AFAM program, which led Crowder to take professors entirely out of the picture.

Wainstein’s report found several of the counselors knew Crowder was creating and grading the classes while academic advisors for the rest of the student body did not. UNC pushed out those counselors who still worked at the university, but then it denied much of the Wainstein report’s findings to the NCAA infractions committee three years later. UNC also denied admitting the classes constituted academic fraud, despite using that description in a letter to its accreditor, the infractions committee said.

The university has admitted the classes were substandard and put in place reforms to prevent a similar scandal from happening again.

The NCAA Division I board this week backed lesser measures to strengthen academic integrity. The regulations dealing with academic misconduct should be easier to understand and contained within one section of the bylaws, according to the NCAA’s news release. The board has requested another NCAA committee to produce new rules to that end that member schools could adopt in the coming months.

The board’s decision comes two weeks after U.S. Sen. Chris Murphy, a Connecticut Democrat, released a report and held a panel discussion on Capitol Hill drawing attention to what he saw as widespread exploitation of college athletes by big-money programs. Under NCAA rules, the athletes’ only compensation for their labor on the court or field is a free college education.

UNC’s scandal was cited as an example in the report and at the discussion.

“The lack of academic integrity across college sports may be the most insidious piece of a broken system,” Murphy’s report said.

One of the panelists was Gerry Gurney, a University of Oklahoma professor and past president of The Drake Group, which advocates for academic integrity in college sports. Gurney said the NCAA board’s decision was “a slap in the face for anyone interested in academic integrity.”

“College presidents are more interested in building sleeping pods for the football team than protecting their institutions from an epidemic of systemic academic fraud,” he said.

Faculty holds many positions on NCAA committees and the association’s president, Mark Emmert, led two major universities before taking on the top job. The NCAA also runs an eligibility center that has standards for what educations high school athletes must achieve before playing college ball.

But the push back against the NCAA on deciding academic matters at its member schools is strong. Last week, an athletic director from a major university in the N.C. Triangle told reporters and editors in a visit to the N&O that issues with college academics are the purview of accreditors.

That recently-hired athletic director is Boo Corrigan at N.C. State, whose fans bitterly objected to the infractions committee’s ruling that UNC could not be punished. 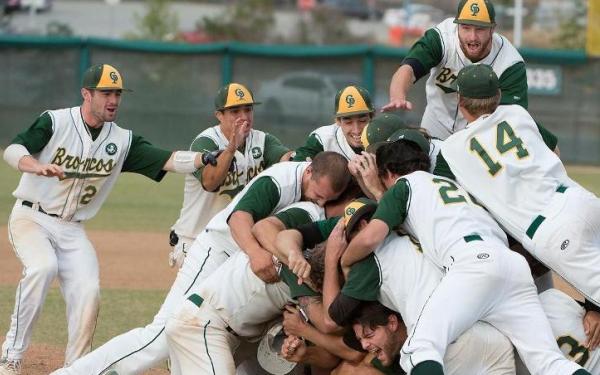