For Tiffany Haddish and six unsung comedians, Netflix’s new special is worth crying over

Inside the Netflix headquarters on Sunset Boulevard, one of the most in-demand comedians in Hollywood is fighting back tears.

Tiffany Haddish is set to premiere her own special on the streamer later this year. But it’s her other project, which turns the spotlight on six of her favorite comedians, that gets her so choked up she strains to say the words.

“Every single person here … has their own story to tell,” Haddish says.

She’s cried with them. She’s prayed with them. There have been pep talks through divorces and financial hardships. And dream-filled pacts to lift a friend up if success comes knocking.

For Haddish, it’s been knocking, ringing the bell, practically breaking down the door.

Since her breakout role in 2017’s “Girls Trip,” Haddish has been on a hot streak — she can currently be seen alongside Melissa McCarthy and Elisabeth Moss in the mob drama “The Kitchen”; this fall, she’ll host CBS’ revival of “Kids Say the Darndest Things.” She also costars in Tracy Morgan’s TBS comedy, “The Last O.G.,” and has a number of film roles on the horizon, including Eric Andre’s “Bad Trip.” Now, Haddish is coming back for her friends and giving a platform to women, people of color and LGBTQ performers who, she says, the industry often overlooks. Each of the comedians will have their own half-hour stand-up special on Netflix in “Tiffany Haddish Presents: They Ready,” which debuted Tuesday. In addition to hosting duties, Haddish executive produces alongside fellow stand-up Wanda Sykes and comedy producer Page Hurwitz.

“They Ready” joins Netflix’s growing slate of stand-up series and specials, and adds more marginalized voices to the service, which has faced criticism for the lack of diversity on its comedy roster, particularly with regard to women of color. (The company recently announced that it’s tapped “Saturday Night Live” cast member Leslie Jones for a comedy special, set to air next year.)

In a mid-July interview, Haddish and the relative unknowns of “They Ready” talked about the importance of a worldwide platform, the struggles they’ve faced in the comedy world, and why the heck they’re crying so much.

A recurring theme of the series is keeping promises — this idea of, with success, not forgetting to lift up one’s peers. Tiffany, talk about why this series was important for you and what you hope it accomplishes.

Haddish: Literally, when I met everybody, I was like: “Don’t worry, when I make it, I’m gonna come back and get you and we’re going to the top. I don’t know what, but I’m going to put you on something.” I was always raised to believe all you have is your word. So, if you’re always saying stuff to people but never keep your promise and never follow through, then they’ll never take you serious. And when you really need some help, you’ll never have the help you need. I know I’m gonna need some help in the future. And I need all my people who I believe are funny and have a lot of talent — I’m going to need them all to be on a certain level. So when I say to these executives at a studio, “I want to put her in this movie,” or “I want this person,” those executives will know that they can deliver. I already know they can. But I need the rest of the world to see. [Begins crying] I believe in all these people, because all these people have believed in me.

If this does well for Netflix, hopefully there’s another season and I can get another six comedians out here. I know at least 40 comedians that I think are legends in their own right, but the world doesn’t know about them yet. Listen, when I first started doing stand-up, a comic told me the only way I was really going to make money in this business or get any stage time is through other comedians. So build your relationships. It’s through other comics that you’re going to work — not through the club owners, not through the promoters.

There seems to be this proliferation of specials because of new platforms, such as Netflix. But, even so, did having a comedy special seem out of reach? Chaunte, you’re getting emotional — what does it mean to have a platform like this?

Macie: Let it out.

Wayans: I grew up in a business with a famous family and I’ve been at this for 15 years. I’ve had an agent that’s been trying to tell me to show my [breasts] and I should wear a wig and this and that — basically, I should be a … [Marilyn] Monroe [type] and all these things. But the fact that I get to have this platform where I can be exactly who I wanted to be, because I wanted to be different and I’ve had people come up to me at shows and stuff like that and just talk about how much I’ve touched them. I don’t give a … if it’s one person or however many. I just want to be a different voice. [Tiffany] gave me that platform.

I think it’s important to note for our readers how emotional this conversation is for everyone. What’s underneath all that?

Macie: I think you work so hard as women, and as people in the queer community. I always send [Aida] screenshots of comedy club calendars, and there was one time where it was like 72 weeks and just two women. And one was a medium! And you’re like, “Oh my God, you have to talk to the dead to get stage time as a woman.” So when you work hard … to finally have a place or to have friends that are willing to help, who know how hard the struggle is, it’s emotional. Everybody here is so diverse, so wonderful. Everybody had a poignant message. It’s like: how did it take this long for a group of people like us to come together for something like this?

Rodriguez: I would say also for me, [Tiffany] was very aware of my struggle and she is one of the people that I was very transparent with about my life. I was homeless with two kids. We slept in a Best Western. We slept in a trunk. And people would ridicule me for that because they would be like, “You are trying to achieve this stardom thing or whatever and you’re making your kids struggle.” But the reality of it is that I don’t have a degree. It’s not like I could say “I’m going to quit comedy and go be a doctor.” I would struggle no matter where I was because of my situation.

[Tiffany’s] my mentor in comedy. She’s younger than I am. [But] she’s the one that taught me how to make my money. She taught me a lesson on self-worth that my mother didn’t teach me. So when she said, “I want you to do this special and you are going to make this amount of money because I believe you’re worth it,” who isn’t going to fall to pieces?

There’s been some discussion on the pay gap in the comedy circuit — and really, every industry — for women and people of color —

Rodriguez: It’s alive everywhere. But money is a form of validation, like it or not. It’s an assertion of worthiness when people say, “You’re worth this much to us in comedy.”

I worked at a private bank for many years while doing stand-up. I went six years sleeping three to four hours a night on average because I would go from a comedy club to taking my kids to school to my job. I couldn’t sleep because I wanted to do stand-up. Tiffany taught me an important lesson. She would say, “You cannot leave your house for free. You have children. So now you’re paying to do comedy because you’re using your gas.” When I was able to make a living doing stand-up, that made me feel like a fully formed human being. I felt like I could say, “Yeah, I’m a comedian. I’m a professional comedian and I have dinner on the table.” That is powerful.

Monroe: As much as I hope that this series is remarkably successful for all of us, I hope that Tiffany’s teaching to all the other comedians that have some power pays it forward to so many other people. There’s other comics who have A-list star power that know 50 or 60 [up-and-coming comedians]. Put people on. Because sometimes people’s talent isn’t enough to get them on. If Tiffany wouldn’t have reached back to give me this opportunity, I would still be doing drag shows and hustling to take care of my three kids. I would be somewhere else. But as soon as you say you did an epic special with Tiffany Haddish, the clubs are like, “How much you want? Come on down.” I couldn’t do that before.

What has you hopeful about where comedy is heading and what has you frustrated right now?

Ashley: What frustrates me? How long it took. Everybody keeps reminding me, “But look at everything you learned. Look at everything you went through. Look at the stories you can tell now.” And yes, sure. [But] I feel like the industry sometimes waits so long on some really good people that by the time they get there — it’s almost like, I’ve seen people who finally get their specials, and they look older, they look tired. You’re like, damn, they went through so much.

Williams: What you have to go through as a female is hard. When I first started doing comedy, I learned … to hang out with the [guys] cause as a female it was gonna be hard. So you had to hang out with the men. You had to get to know the who-knows-whos to get you on the stage. But they ain’t gonna let you go to a certain point before they ask you [to sleep with them]. I wasn’t doing that. When it got to that point, that’s when my comedy came to a halt.

Ashley: And hopefully, people who watch this who are aspiring comedians — or in any field that they’re in — see that we’ve all been doing this over 10 years, 15 years, 20 years and we’ll see that we never give up. And that they shouldn’t either. Keep going.

Special Features
Secret screenings. Redacted scripts. How they make the twists in ‘This Is Us’
71 views

Special Features
NBC has a novel solution to the dearth of female directors: Let them direct
347 views

Special Features
Virtually every film coming out this fall
715 views 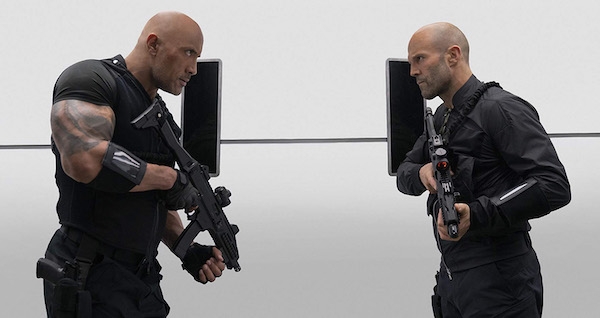