Get the scoop on our best-ever ice cream recipes 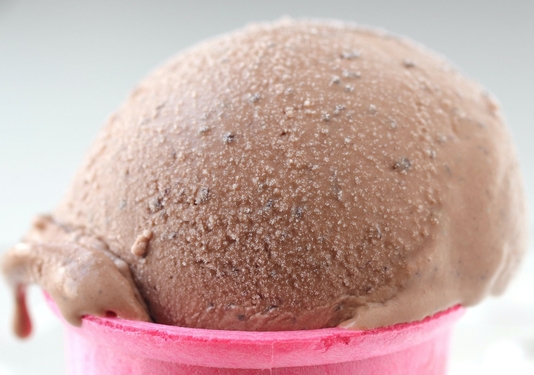 The guy broke my heart.

I was calling a local kitchen goods store, looking for an ice-cream maker. I had made a batch of ice cream in my old maker, and it took so long to get cold that part of the ice cream literally turned to butter from being churned without freezing.

It was then I remembered that the last time I had used the ice cream maker I realized that I needed a new one.

So, with a small dinner party the next day and no ice cream to serve, I called the local kitchen goods store and asked if they carried ice cream makers.

“No,” said the guy with a distinct sense of resignation in his voice. “Nobody asks for them anymore.”

And my heart cracked right in two. Nobody makes ice cream anymore?

Ice cream makers used to be my go-to gift for weddings. Everybody loves ice cream, right? I have it on good authority that we all even scream for it.

But apparently ice cream makers don’t sell like they used to. Perhaps we have access to too much great ice cream now. Why make our own when we can easily pick up the best from Messrs. Drewes and Wizard, from Fritz or Jeni or Annie or Bobby or Clementine.

Still, there is no ice cream like homemade ice cream.

I found an ice cream maker at another store and made a batch of salty caramel ice cream (this time without creating butter). I used the recipe from “Jeni’s Splendid Ice Creams at Home,” the first and best cookbook from the goddess of ice cream, Jeni Britton Bauer.

The next week, my wife happened to find herself at the local Jeni’s ice cream parlor, and she ordered the salty caramel ice cream.

Mine was better, she said. And that’s the difference between homemade and store-bought.

Whoever makes it, Jeni’s salty caramel is one of my very favorite ice creams, so I decided to make it again for this story. I also made two of my other absolute favorites: lemon lotus ice cream and superb Italian chocolate ice cream.

And if you’re one of those people who, heartbreakingly, do not have an ice cream maker — if I didn’t know you when you got married, for instance — I also made a tremendously satisfying batch that does not need a maker. It’s called magic vanilla ice cream.

Let’s start with that one. The magic part of magic vanilla ice cream is the way it creates that unmistakable ice-cream texture without doing what a maker does: constantly stirring the mix while simultaneously freezing it.

There are a couple of secrets behind the magic. One is that you use softly whipped cream, which makes it creamy and light. The whipped cream is folded into a mixture of condensed milk (another secret) and melted white chocolate.

The melted white chocolate is the biggest secret of all. It creates a depth to the flavor not provided by the other handful of ingredients and makes it taste just like high-quality vanilla ice cream. Some of our taste testers even said it was their favorite.

If the magic vanilla was the easiest of the ice creams to make, the salty caramel is the hardest. I made it next.

The trickiest part of making salty caramel (Bauer calls it “salty,” not “salted,” and I am not about to argue with her) is the caramel. First, you put sugar in a pot over medium-high heat and let it sit without touching it until a good-sized ring of amber-colored melted sugar surrounds a shrinking island of white sugar.

Then you push and pull the melted part into the unmelted, mixing the two until it is all melted. And then you keep stirring until the color is a dark copper and little bubbles are popping on the surface. It doesn’t take long in the grand scheme of things, but patience is required for this step.

Three more secrets make the salty caramel ice cream so exceptional. One is that you continue to make the caramel by pouring in not just cream but a mixture of cream and corn syrup. Another is that you thicken the base slightly with a slurry of milk and cornstarch.

And the third is that you whisk the still-hot base into a small amount of cream cheese and salt before freezing it.

It takes effort, but like a lot of things that take effort, the results are out of this world: rich, creamy and velvety, with an impeccable balance of caramel and salt.

While the salty caramel ice cream is substantial in nature, lemon lotus is light and refreshing. It is what I serve after a heavy dinner for a pleasing, elegant dessert. Cookies are often involved, too.

The secret to lemon lotus ice cream is that the almost effervescently light ice cream is counterbalanced by pieces of flavorful lemon peel. The peel is sliced thin so it is perfectly edible — think of it as being like large pieces of zest — and it adds just the right touch of bitterness to the dessert.

The last version I made, superb Italian chocolate ice cream, is probably my favorite chocolate ice cream anywhere. It is more of a gelato than an ice cream, so it has a softer texture than the others. Its secret is the six egg yolks and the stick of butter that go into the mixture, making the end product almost ridiculously smooth and rich.

And its other other other other secret is good old-fashioned booze: a hit of dark rum and a splash of creme de cacao to add allure and a hint of mystery. They also help to keep it soft and creamy.

Put it all together in an ice cream maker, freeze it, and it is better than ice cream has any right to be.

But don’t tell anyone. It will be our secret.

3. Place in an airtight container and freeze until firm, at least 6 hours or up to 2 weeks.

Note: The total of 11/4 teaspoons of salt makes for a fairly salty ice cream. It’s supposed to be salty, but if you want it to be less assertive you can add less than 3/4 teaspoon in step 5.

1. Mix 2 tablespoons of the milk with the cornstarch in a small bowl to make a smooth slurry. Whisk the cream cheese and salt in a medium bowl until smooth. Mix the cream with the corn syrup in a measuring cup with a spout. Fill a large bowl with ice and water.

2. Heat the 2/3 cup of sugar in a 4-quart saucepan over medium heat. Stand over the pan with a heatproof spatula ready, but do not touch the sugar until there is a thin ring of melted and browning liquid sugar around the edge of the sugar. When the edges of the melted sugar begin to darken, use the spatula to bring them into the center to help melt the unmelted sugar. Continue stirring and pushing the sugar around until it is all melted and evenly amber in color, like an old penny.

3. When little bubbles begin to explode, give the sugar another moment and then remove from the heat. Immediately, but slowly, pour about 1/4 cup of the cream and corn syrup mixture into the burning hot sugar. Be careful — it will pop and spit. Stir until it is incorporated, then add a bit more cream and stir, then continue until it is all in. Do not worry if the melted sugar seizes and solidifies.

4. Return the pan to medium-high heat and add the rest of the milk and vanilla. Bring to a rolling boil and boil for 4 minutes. Remove from the heat, give the cornstarch slurry a quick stir, and gradually whisk in the slurry.

5. Bring back to a boil over medium-high heat and cook, stirring with a heatproof spatula, until slightly thickened, about 1 minute. Remove from the heat. If any caramel flecks remain, pour the mixture through a sieve. Add the remaining 3/4 teaspoon salt and the remaining 2 teaspoons sugar.

6. Gradually whisk the hot milk mixture into the cream cheese until smooth. Pour the mixture into a 1-gallon resealable plastic bag and submerge the sealed bag in the ice bath. Let stand, adding more ice as necessary, until cold, about 30 minutes.

7. Pour into ice cream-maker canister and freeze according to product instructions. Pack the ice cream into a storage container, press a sheet of parchment directly against the surface, and seal with an airtight lid. Freeze in the coldest part of your freezer until firm, at least 4 hours.

Note: For richer ice cream, use all half-and-half instead of milk, for a total of 6 cups of half-and half.

— This recipe can easily be cut in half.

1. Trim off and discard the ends of 1 lemon. Cut the lemon into thin slices. Remove the seeds from the slices and cut the slices in half.

2. Squeeze the remaining 3 lemons and combine the juice with the sugar in a mixing bowl. Add the lemon slices and refrigerate, preferably overnight. Stir until all the sugar is dissolved.

3. Combine the half-and-half and milk (if using) in the canister of an ice cream freezer (you may have to do this in batches). Chill thoroughly, preferably in the freezer, for 10 to 20 minutes. Do no allow the mixture to freeze. Skip this step if your ice cream maker has a canister with a liquid interior that freezes in the freezer.

4. Add the lemon and sugar mixture to the ice cream mixture and install the canister in the ice cream freezer. Freeze according the manufacturer’s instructions. Place ice cream in an airtight container and freeze in your freezer at least 4 hours before serving.

Note: If you can’t find light cream, you can make it yourself by mixing 1/2 cup whipping cream and 1/2 cup half-and-half.

1. Melt 6 ounces broken unsweetened chocolate in the top of a double boiler over hot water. Add the milk, stirring until smooth. Stir in the vanilla. Remove from heat. Add the butter, one piece at a time, stirring until all butter has been absorbed. If the butter does not melt, return pan to medium-low or medium heat before stirring and adding more butter.

2. Beat the yolks in a medium bowl until light and lemony colored. Gradually stir in the chocolate mixture; stir until smooth and creamy.

3. Heat the the semisweet chocolate, coffee, sugar and light cream in the top of a double boiler over hot water, stirring constantly, until chocolate and sugar melt. Stir in the rum and crème de cacao. Cool to room temperature.

4. Combine the two chocolate mixtures, the whipping cream, the finely grated unsweetened chocolate and the salt. Pour into the canister of an ice cream maker (you may have to do this in batches); freeze according to manufacturer’s directions. It will not freeze as firmly as other ice creams. Place in airtight container and freeze in freezer at least 4 hours until relatively firm.