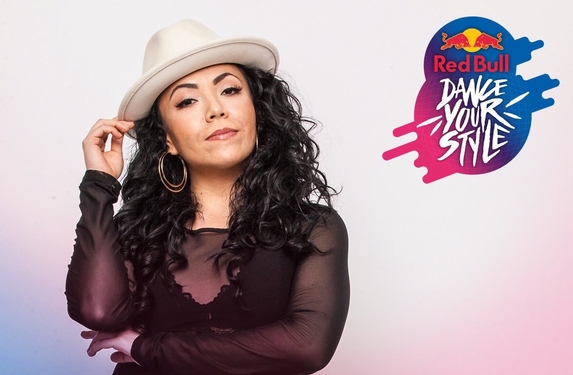 Los Angeles has a new champion. Zuce Morales, who uses the stage name ZUCE, has danced her way into the national finals of the Red Bull Dance Your Style competition, set to take place in Las Vegas Sept. 28. After winning the competition’s L.A. battle at Avalon Hollywood, ZUCE is set to go up against other finalists from throughout the country in Las Vegas, including HiJack and Hazmat from Honolulu, Spider and Nick Fury from New Orleans, Hurricane and Lioness from Boston, Kidd and Nightstorm from Miami and Lil O and OPM from Washington, DC.

Showcasing the nation’s best hip-hop and street style dancers, the Red Bull Dance Your Style competition is similar to a dance battle that would take place on the street in that competitors are never sure exactly what music they’ll be performing to. As each competitor’s turn comes up, a DJ spins a tune that could be a recent global hit or a classic beat from way back, and the dancer can perform to it in whatever style they choose. For some competitors that might make it difficult to prepare, but that’s not the case with ZUCE. “I’ve been aware of how battles work for a long time, even when I didn’t battle that much,” ZUCE tells Campus Circle. “So it’s not really hard to prepare for one. I personally train on my technique, stamina and musicality, dancing to different types of music. To me a battle is about being organic while respecting the dance you’re representing.”

ZUCE is originally from Mexico but she studied choreography locally at Glendale Community College. She was a little bit shy at first about getting into competitive dancing. “When I started learning hip-hop dance and other street styles I watched videos of battles and cyphers and I got so inspired and hyped about the environment of it,” says ZUCE. “But I kept myself from battling for a long time because I like to feel physically and technically trained before an event. It took me three years of training before entering a battle doing locking.”

Partially because of her study with teacher and choreographer Anthony Thomas, ZUCE says she has learned how to pick up dance moves fairly quickly. “Anthony taught me how to scan a person’s choreography and pick it up immediately,” ZUCE advises. “It’s something I’m really grateful for.” ZUCE has yet to apply her talents to many classic dance styles, and says that she’d eventually like to master “the tango, Flamenco, samba, ceremonial dances, some African dance styles and pre-Hispanic dances from Mexico. It would be really hard to know them all!”

A good way along from her beginnings now, ZUCE freely offers advice for those who’d like to follow in her footsteps. “Always move with determination in whatever direction you’re heading to, even if it’s not what you planned,” she says. “Respect dance and treat it as your career; learn history and technique and do your research. Take care of your body and learn about it! If you know every single thing you’re made of you’ll be able to exploit its fullest potential. And most importantly, enjoy and have fun in your journey.”

ZUCE’s own journey may soon take her to Europe. Should she be one of two winners of the Red Bull Dance Your Style national finals in Las Vegas she’ll move on to the world finals that’ll take place in Paris, France Oct. 12. Is she dreaming of Paris just yet? “I just feel blessed for even being considered for the qualifier in Los Angeles,” ZUCE says. “I know that there are a lot of people who are amazing at what they do, but I’m focused on showcasing myself only, to show the crowd my background, my personality and my love for dance.”

The Red Bull Dance Your Style USA Finals take place Sept. 28 on the pool deck at The Scene at Planet Hollywood in Las Vegas. Ticket information and other details are here: https://www.redbull.com/us-en/events/red-bull-dance-your-style-usa