The annual German Currents Film Festival has become a fixture on the cultural calendar in Los Angeles. Screening groundbreaking new films from Germany ranging from art-house films to blockbusters, and from children's matinees to late-night movies, German Currents attracts a diverse group of Angelenos of all ages.

The festival team is excited to open this year's festival with Andreas Dresen's multi-award-winning Film, GUNDERMANN, a biographical portrait of the extraordinary and contradictory life of East German singer/songwriter Gerhard "Gundi" Gundermann. This year also marks the 30th anniversary of the fall of the Berlin wall and GUNDERMANN is a wonderful film engaging with the subject. German Currents is honored to have Andreas Dresen here in Los Angeles to present his film. German Currents 2019 opens with a red-carpet opening night LA premiere of GUNDERMANN, followed by a Q&A Andreas Dresen, and a gala reception at the Egyptian Theatre.

The festival unfolds throughout the weekend on Saturday, October 12th, beginning with the 2019 edition of the beloved NEXT GENERATION SHORT TIGER program of award-winning short films from Germany. Two films featuring rising star Luise Heyer in a leading role, the US premiere of Writer-Director Christian Klandt's offbeat comedy, LEIF IN CONCERT VOL. 2 (followed by a Q&A with Christian Klandt and Producer Martin Lischke), and the LA Premiere of Writer-Director Sven Taddicken's award-winning drama THE MOST BEAUTIFUL COUPLE complete Saturday's program.

The annual German Currents children's matinee returns to the Egyptian Theatre on Sunday, October 13th, with a free LA Premiere screening of Katja Benrath's inspirational film, ROCCA CHANGES THE WORLD(German Film Award – Best Children's Film). Berath's film will also be presented at a special screening for LA area schools on Monday, October 14th. The festival continues on the evening of Sunday, October 13th, with the LA Premiere of Writer-Director Hans Weingartner's acclaimed road movie, 303(followed by a Q&A with lead actor Anton Spieker), and the US Premiere of Writer-Director David Nawrath's German Film Award-winning dramatic thriller, THE MOVER(followed by a Q&A with the film's Composer, Enis Rotthoff).

In addition to the festival's film programming, the annual filmmaker brunch, presented in cooperation with the GABA Film Initiative will feature A TRIBUTE TO ANDREAS DRESEN, a conversation with the acclaimed German director.

The German Currents Film Festival is produced by the Goethe-Institut Los Angeles and the American Cinematheque in kind cooperation with the German Consulate General, and with the support of The Friends of Goethe, The Hollywood Foreign Press Association, AmaWaterways, DW-Deutsche Welle, and German Films, and is part of the Year of German-American Friendship 2018/19 – a comprehensive and collaborative initiative of the Federal Foreign Office, the Goethe-Institut, and with the support of the Federation of German Industries (BDI).

Winner of six German Film Awards. Acclaimed filmmaker Andreas Dresen returns to Germany's recent past in this biographical portrait of the multifaceted and often contradictory life of East German singer-songwriter Gerhard "Gundi" Gundermann (Scheer). By day, "Gundi" worked as an excavator operator in a coalmine, but by night, took to the stage, performing as a successful musician. Idealistic, politically active, and passionate, "Gundi" was revered for his intelligent, melancholy lyrics rife with social commentary that struck a chord with his fans. In his heart, "Gundi" was a rebel, a poet, a clown, father, and loyal husband to his wife Conny (Unterberger). His popularity and status in the GDR's art-scene caught the eye of the East German secret state police, the Stasi, who recruited him as an informant. Though his time as an informant was brief, “Gundi” in turn, became a spy, who was then spied upon himself. Dresen's skillful blend of flashbacks, music, and drama presents an inspirational portrait of Gundermann that is both a music film, a love story, and a film that courageously addresses guilt, entanglement, suppression, and, above all, Gundermann's defiant spirit. In German with English subtitles. Discussion after the film with director Andreas Dresen

Followed by an opening night reception in the courtyard.

The Annual German Currents Filmmaker Brunch, in cooperation with GABA Film Initiative will honor German director Andreas Dresen with a Tribute Event Panel, followed by a networking event. By invite only.

95 min. Presented by German Films and the German Federal Film Board (FFA).

This beloved annual showcase premieres the most remarkable student shorts – the NEXT GENERATION of German Cinema – together with the best German shorts under 5 minutes – the winners of the FFA’s SHORT TIGER Award.

These deeply personal and universal stories confirm the notion that short film is an independent art form deserving of the big screen and the awareness of audiences worldwide. In German with English subtitles.

A smoky Jazz & Blues bar somewhere in Germany. Following a long hiatus from work, Lene (Heyer), the bar’s manager, has returned to the place that for her and many of the bar’s regulars is a second home. With conflicting feelings of excitement and anxiety, Lene awaits the arrival of Danish musician Leif, aka “Poorboy” whom she has invited to play tonight in the bar. As she gets ready for the evening, Lene chats with everyone from delivery drivers and plumbers to the bar’s quirky cast of regulars. Everyone who enters the bar gets to listen to Leif’s music, which triggers something different in everybody: a smile, a memory, the desire to dance.  Every silly detail and absurd anecdote contribute to Lene’s larger story. As a certain poetic rhythm sets in, even the most mundane tasks become compelling tableaus of everyday life. However, for Lene, something hanging in the back of her mind will change the whole evening, and possibly the rest of her life. Blending music, comedy, and bittersweet moments, Klandt’s film is an offbeat love letter to music and to that corner bar that everyone knows; the place where you can truly be yourself.In German with English subtitles. Discussion after the film with director Christian Klandt and producer Martin Lischke.

Schoolteachers Liv (Heyer) and Malte (Brückner) appear to be the perfect couple. While enjoying their summer holidays in Mallorca, the unimaginable happens; a group of teenagers attack them and sexually assault Liv, while Malte is forced to watch.  Two years later, the couple is not only still together, but seem to exhibit incredible strength in handling the trauma, determined to hold on to their relationship. Although Liv's work with a therapist has helped her process the assault, Malte still seems stuck and is unable to forgive the assailant, nor himself for what happened.  After a chance encounter with one of the perpetrators, Malte finds himself driven to seek revenge and sets out in pursuit of Liv's assailant. What follows is a cat and mouse game that threatens the couple's fragile relationship, which they have fought so hard to preserve. Powerful performances by Heyer and Brückner bring the tension of Writer-Director Taddicken's meticulously crafted blend of relationship drama and revenge thriller to life. “In terms of the emotive arc offered to the viewer, this film does things that are completely unexpected, and in doing so it moves far beyond the usual scope of narratives about recovery or revenge.” - Jennie Kermode, Eye for Film. In German with English subtitles.

Brave, adventurous, caring, funny and one of a kind; that is Rocca (Maxeiner). Although she is only 11 years old, Rocca has already lead an extraordinary life. When her father (Bruch), a German astronaut, is sent to the International Space Station, Rocca must leave her home at the Baikonur spaceport, in far-off Kazakhstan, and live with her grouchy grandmother Dodo (Sukowa) in Germany. Having never attended a regular school before, Rocca, with her carefree and non-conformist attitude does more than stand out in class; she stands up for Justice. Along with her pet squirrel, Klitschko, Rocca confronts skeptical teachers, tames the school’s bullies, and befriends the homeless Casper, whom she tries to help. All the while, Rocca tries to win over her grandmother’s heart. With never-ending optimism, Rocca proves together with her friends that even a child has the power to change the world. In German and Russian with English subtitles.

After biology student Jule (Emde) discovers that she is pregnant, she sets out in her old Mercedes “303” camper van on a journey to Portugal to tell her boyfriend, Alex, who works there. Outside of Berlin, she picks up Jan (Spieker), a political science student, who is hitch-hiking to Spain to find his biological father, whom he has never met before. Jan feels that people are selfish by nature and is not surprised that his original ride leaves him stranded by the road, even before his journey begins. Jule, in contrast, believes that people are fundamentally kind, and friendly, and offers Jan a lift. Although they only plan to travel as far as Cologne together, as each mile passes, they soon learn more about each other’s lives. While „on the road,“ intense chemistry develops between the two as they share impassioned and deep conversations about capitalism, human nature, love and relationships and the meaning of life. Soon their trip becomes an emotional roller coaster, which finds them desperately trying not to fall in love with each other. Spieker and Emde breathe life into Weingartner and Eggert’s screenplay that unfolds onto the dreamlike backdrop of the European countryside skillfully lensed by Lempe and Krause.“303 makes the most of its European settings, and cinematographers Mario Krause and Sebastian Lempe shoot the German, Belgian, French, Spanish and Portuguese countryside in lush, hazy detail that befits the dreamlike idyll of this burgeoning romance.” - Nikki Baughan, Screen Daily. With English subtitles. Discussion after the film with actor Anton Spieker.

60-year-old Walter Scholl (Bock) is a former champion weightlifter who now works as a mover for forced evictions in Roland Grone’s (Preuss) relocation company. Walter struggles to ignore the increasing pain caused by his backbreaking job, just as he ignores the plight of those whom he forces from their homes. Grone, working with a dubious crime family, plans to clear an apartment house in one of the best neighborhoods of all tenants, allowing them to sell the building at a considerable profit. The problem: Walter believes that the one remaining tenant, who refuses to leave despite a court order, is his son, Jan (Schuch), whom he abandoned decades before. Instead of revealing himself as his long lost father, Walter tries to get close to his adult son and his family. As he gradually realizes how unpredictable the men Grone is mixed up with really are, Walter finds himself caught in the middle of a deadly game. Supported by powerful performances from Bock and Schuch, Nawrath and Salisbury’s screenplay is a deftly crafted thriller with a shocking climax. In German with English subtitles. Discussion after the film with composer Enis Rotthoff

Screening of ROCCA CHANGES THE WORLD for LA Unified Schools

About American Cinematheque: Established in 1981, the American Cinematheque is a non-profit viewer-supported public film exhibition and cultural organization dedicated to the celebration of the Moving Picture in all of its forms. At the historic Egyptian and Aero Theatres, the Cinematheque presents regular film and digital programming, which ranges from the classics of American and international cinema, to sneak previews of new independent and studio films, pop culture gems and cult cinema in all genres. Fascinating post-screening discussions with the filmmakers who created the work, are a Cinematheque tradition that keep audiences coming back for once-in-a-lifetime cinema experiences. Exhibition of rarities, archival 35mm prints and special formats such as 70mm and nitrate highlight the programming.

The American Cinematheque renovated and reopened (on December 4, 1998) the historic 1922 Hollywood Egyptian Theatre This includes a state-of-the-art 616-seat theatre housed within Sid Grauman's first grand movie palace on Hollywood Boulevard. The Egyptian was the home of the very first Hollywood movie premiere in 1922. The main auditorium at the Egyptian is named for Lloyd E. Rigler.

In early 2005 the American Cinematheque expanded its programming to the Westside with the January 5th re-opening of the 1940 Max Palevsky Aero Theatre on Montana Avenue in Santa Monica. 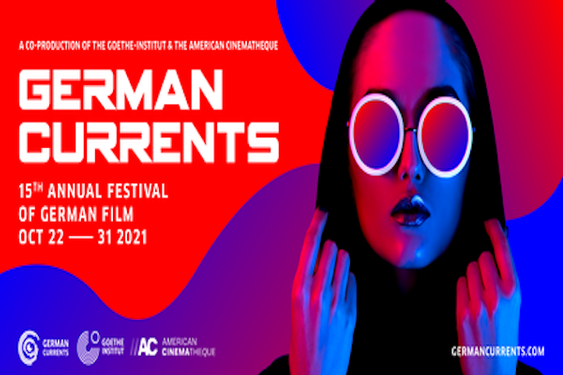 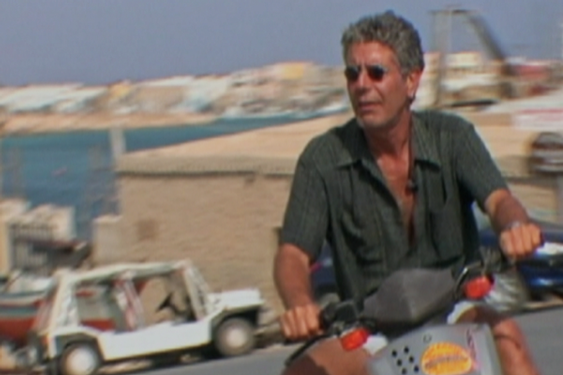 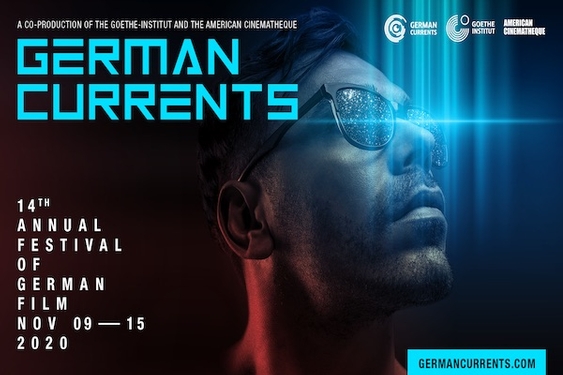