Are these end times for binge culture? 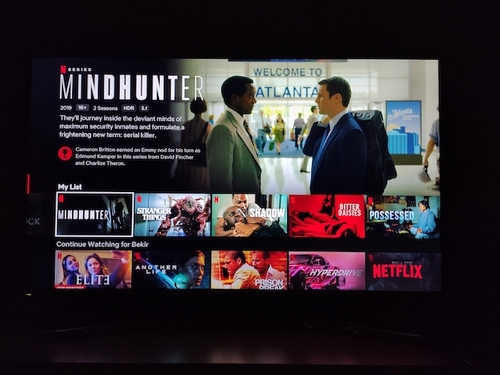 After years of buildup, Apple will make its long-awaited push into original programming with the Nov. 1 launch of its streaming service, Apple TV+.

Easily its most anticipated series is “The Morning Show,” starring Jennifer Aniston and Reese Witherspoon as journalists caught in the maelstrom when the popular anchor of a morning news program, played by Steve Carrell, is fired for sexual misconduct.

With its A-list cast, lavish production values, acclaimed creative team and timely, provocative subject matter, “The Morning Show” might have been created in a streaming TV lab — with one exception.

Viewers eager to consume the show will have to pace themselves: Apple TV+ will make three episodes of the series available immediately, but the remaining seven will be released weekly.

As the number of original series grows and four new streaming platforms prepare to enter the market, the scramble to stand out has led key players to lean away from releasing full seasons at once — a model introduced by Netflix — if not wholly abandon it.

Having had roughly six years to figure out how to attract TV viewers trained to feast on content, none of the streaming services set to debut between now and next spring will be exclusively adopting the binge model, and veterans like Netflix, Amazon and Hulu have tried different release strategies themselves.

Which raises the question: Is this the end of the binge?

Hardly. But while these new platforms have changed the face of television, they’re not ditching the traditional rule book entirely.

Disney +, launching Nov. 12, will release episodes weekly. Apple TV+ will take the same hybrid approach with “See” and “For All Mankind” as it will with “The Morning Show,” while “Dickinson” will be dropped en masse. HBO Max, expected in the spring, is also unlikely to adopt the “binge and burn” approach, according to a source with knowledge of the situation. Even Netflix is experimenting with releasing select reality titles and talk shows on a different schedule.

Appointment viewing might seem old-fashioned, but week-to-week anticipation and strong word of mouth helped propel the growth of recent shows like HBO’s “Succession” and “Chernobyl.” It turns out if you want a “watercooler” show, it helps to be in the room at the same time.

While new seasons of some streaming series — Netflix’s “Stranger Things” and “The Crown,” Amazon Prime’s “Fleabag” — feel like events that command the cultural conversation, the binge model means that even the buzz around breakout shows drops off quickly. The most recent season of “Stranger Things” netted 8.2 million Twitter mentions its first week of release in July; by its fifth, there was a drop in mentions of more than 90%. (The major streaming services release viewership numbers selectively, if at all.)

It’s also become harder to break through the noise in the first place: TV is booming, with nearly 500 original series in 2018 according to research by FX. This may be especially true of quirkier, under-the-radar shows dependent on word of mouth, such as the animated comedy “Tuca & Bertie,” which was abruptly canceled by Netflix in July — less than three months after its debut. It was one of the best reviewed shows of the year, but by the time many viewers were inspired to sample it, its fate had been sealed.

And evidence suggests that binged shows don’t linger as long in viewers’ minds. In a 2017 study, researchers at the University of Melbourne found that people who watched all six hour-long episodes of the Cold War drama “The Game” in a single sitting retained less information in the long run — and may have enjoyed the show less — than viewers who paced their consumption over weeks or days.

Shows that follow a more traditional week-to-week release can often benefit from the measured build of a season spanning months. The HBO limited series “Chernobyl” became an unlikely hit this spring, thanks largely to positive buzz that reached deafening levels over the course of its five-week run.

According to Twitter, mentions of the series grew tenfold between its May debut and June finale. The show’s same-day ratings also grew by more than 50%, from 1.2 million to 1.9 million viewers on Monday nights. “Succession,” which ended its second season on Sunday, has also benefited from a more traditional release pattern (not to mention its outsize popularity with media professionals).

Even as it moves on from “Game of Thrones,” mourned by many as “the last show everyone watched together,” HBO plans to stick with the weekly rollout.

“Why would you give up the weekly episode release?” programming president Casey Bloys told The Times in August. “To have people united watching and talking about these shows. To give the audience numerous chances to connect.”

But shows released on a more traditional timeline also benefit from being available on demand and in bulk, so that when a friend — or TV critic — recommends a show, viewers can catch up easily. According to HBO, once delayed viewing was factored in, the average audience for each episode of “Chernobyl” rose to 12.9 million viewers, meaning the overwhelming majority of the show’s audience was watching on demand or through one of HBO’s streaming platforms.

A number of streaming players are testing multiple release strategies. CBS All Access, which programs series such as “Star Trek: Discovery,” mostly uses a weekly strategy, but it has applied the binge format selectively, dropping all episodes of the cop comedy “No Activity” and the upcoming true crime series “Interrogation” at once.

“It fits the nature of our consumer base and our history,” said Marc DeBevoise, president and COO of CBS Interactive. “It allows us to show our creators that we are extending our marketing plan, that we are supporting the shows past a few episodes. The binge is always there if the viewer wants to wait until the end.”

Hulu, a pioneer in the pace yourself approach — often releasing two or three episodes at launch, then one each subsequent week — has made binge-release exceptions for certain shows, such as its “Veronica Mars” reboot.

“We went from a world where consumers didn’t know anything but weekly to this new model where they could binge it all, and now seeing we’re seeing this sort of the hybrid mode,” said Ryan Crosby, Hulu’s vice president of content and brand marketing. “We’re not in a spot where we can force them to engage in a certain way.”

Netflix itself has deviated from the binge model with certain genres, beginning with talk shows like “Patriot Act With Hasan Minhaj” and David Letterman’s “My Next Guest Needs No Introduction.”

Now, as part of a licensing agreement, new episodes of the popular reality series “The Great British Baking Show” stream weekly on Netflix a few days after airing in the U.K. “Rhythm + Flow,” in which judges Cardi B, T.I. and Chance the Rapper search for the next great hip-hop star, will be released in multiepisode batches. It’s Netflix’s first attempt at a music competition show in the vein of “American Idol” or “The Voice” — a format that relies on building anticipation for the moment when the winner is revealed.

It “will be enough to satisfy the binge-watcher while still protecting the identity of the winner” and build word of mouth, predicts executive producer Jeff Gaspin, who helped develop unscripted hits like “The Biggest Loser,” reruns of which often aired in cable-TV marathons, and the once-ubiquitous “Behind the Music.”

But dropping entire seasons at once also has potential drawbacks, Gaspin said. “If people don’t discover a show quickly, it could also go away rather quickly. If the algorithm doesn’t keep recycling it and it’s no longer one of the first shows you see when you turn on your service, it’s out of sight, out of mind.”

Of course, there’s no putting the genie — or, in this case, binge-trained viewers — back in the bottle. And for storytellers, knowing that many viewers will likely sit through more than one episode at a time has narrative benefits.

Still, many showrunners have deep reverence for the slower, traditional week-to-week release, including Miller and Amy Sherman-Palladino and Dan Palladino, the showrunners of Amazon’s “The Marvelous Mrs. Maisel.”

“I’m not into binge-viewing. I think the reason people are so in love with ‘Game of Thrones’ and shows like that is you are building a relationship with those shows,” Sherman-Palladino said. “It’s like, ‘Don’t call me, don’t want to know you during this hour or whatever that I’m watching my show.’”

Added Palladino: “Whatever the case, people now consume it the way they want. That’s here to stay.”

Others have tried to combat the b-word in their own way. Michael Schur created NBC’s “The Good Place” in an attempt to challenge the binge era. ABC’s “Lost” and its cliffhanger suspense served as inspiration.

“What’s funny to me is it accidentally turned it into a perfect binge show,” Schur said of the series’ trademark twists. “Season 3 just dropped on Netflix like a week ago, and I’ve met so many people in the last five months who would say to me like, ‘Oh, I can’t wait for Season 3.’ And, like, it aired (on NBC). The whole thing aired.” 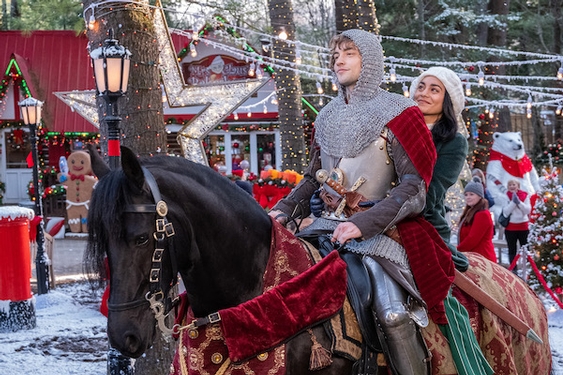 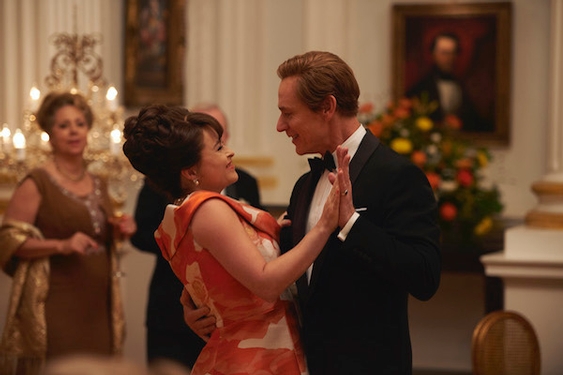 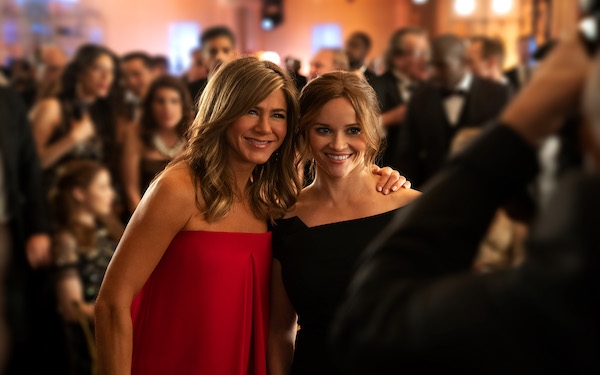 Streaming
How Apple plans to win the streaming wars without ‘Friends’ or ‘Game of Thrones’
1,083 views 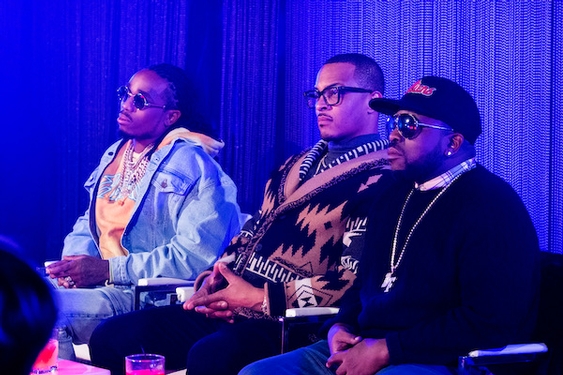 Streaming
Why Netflix’s ‘Rhythm + Flow’ is huge for hip-hop, and Cardi B is the new Simon Cowell
496 views