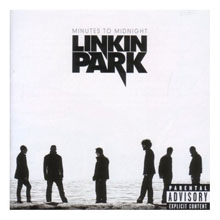 Like many young talents who came before her, Annie Stela figured that if her career was going to get off the ground she had better head to where the action is – California.

She left the Detroit suburb of Bloomfield Hills with everything she needed, including a contract with Capitol Records. But there was one thing she couldn’t tote by herself, the most important tool of her trade.

“When I got signed to Capitol I went out and I bought a baby grand,” says Stela. “It’s the first time ever in my whole life I’ve had a grand piano. We didn’t have one in our house growing up either; we had an old crappy upright. I moved to a tiny apartment that was already filled and the guys that came from the moving company, they were specifically piano movers, were just baffled as to how we were going to get it in there. But they managed! They took the legs off and slid it sideways and it’s still there. I don’t know if I’ll ever be able to move out!”

While the movers were wrangling her piano Stela was busy wrestling her conscience, wondering if she had made the right decision in leaving behind family, friends and the only home she had ever known. Doubt is a recurring theme in her lyrics and it comes to a head on “Fool,” a cut from her EP There is a Story Here. The song wraps up a package of loneliness with this lyric for a bow, “Most of the time I just feel like a fool/A fool for leaving you” reflecting a feeling of isolation that everyone deals with at some point in their life

In fact the song demonstrates such a universal emotion that Stela has also chosen it for the title song of her upcoming album. Stela also muses on the upside of a love connection on another track from Fool, “It’s You.”

“That song really speaks to me,” Stela explains. “I think everybody has times in their life that are like these little gems of time that you look back on and think about and they’re kind of sweet and precious to you. For me it’s about first love. It’s pretty upbeat and happy so I think it’s one that people will relate to. And it has sort of a summer feel to it.”

Stela started learning piano at the age of five and matching words to the images in her head is nothing new for her either. “I would write poems pretty young and I still write poems a lot. I put up a weekly poem on MySpace. But I remember being a kid and they would ask you in art class to draw a flower and I would draw a flower and then write a little story about it underneath,” Stela laughs. “I could never just draw, I always had to write something to go along with it.”

One of Stela’s online poems tackles a very tough subject, her mom’s battle with cancer. “I write in a journal everyday. That happened a year ago but I had just recently written a poem about it. To put it up there and to feel safe enough on something like MySpace to know that people will actually read it and take it seriously and be receptive to it is a total blessing. A lot of times it doesn’t come that easy but with this one I just sat down and said ‘OK I’m going to write about this,’ I’m not going to move until I do. It was a great release for me.”

Annie Stela will be touring nationwide this fall in support of Fool. For more information, visit www.anniestela.com.