I met Penny Lazo in the mid 2000s, when she was a record label marketing manager at Universal Music Group in Texas. Currently, she is living in Ponte San Nicolo' in Northern Italy. With the Coronavirus ravaging Italy, I reached out to Penny [via facebook messenging] to see how she was doing. Our conversation turned into a Q&A for Campus Circle and should serve as a window into what we might expect in the coming weeks in the United States. Since Italy is the eighth largest economy in the world, and our country has a deep connection to this nation as 16 million Americans identify themselves as Italian-Americans, I felt it was important to illustrate the conditions there.

Penny, thank you for taking the time to speak with Campus Circle and giving us an idea of what life is like in Italy right now.  How long have you been living in Italy and what brought you to Ponte San Nicolo?

I’ve been living here for six years now. I met my husband, who is from here in the States, and we re-located.

How are you doing since the Coronavirus has taken over Italy. Are you locked down in your home?

It has now been a month since we placed ourselves on self-quarantine before the government mandate. It has certainly impacted our lifestyle but is necessary. You’re allowed to only go to the grocery store or pharmacy, and the employees limit the number of people in the store to one person in at a time - plus you have to wear gloves and a mask. I’ll tell you, the Coronavirus is a nasty, nasty virus.

Oh, so did you contract the Coronavirus?

My husband and I both got the virus. My husband recovered in a week or so. Then I got sick around March 8th and am a little better, but it is way worse than the flu. It can take 2-3 weeks to feel normal again. So far, I don’t have pneumonia; although, I feel like an elephant sat on my chest, and a truck ran me over. I took a shower the other day, and it made me so tired, I felt like I had just run a mile.

How long after you showed symptoms did you start feeling really badly?

The second or third day was the worst. I actually was having a very low grade temperature two weeks prior to that but felt fine. Then, on Sunday (3/8), BOOM! Despite sanitizing everything during the time my husband was ill, the virus still hung around.

So sorry you are going through this. I don’t think people here understand the magnitude of what could await them. Restaurants near my house were still crowded as of March 15. [They have since shut down.]

Thank you, yes that’s what happened here, and it just doesn’t make sense to be in close contact because you never know who’s positive or has  been around someone who is, and they don’t have symptoms but can still spread it. When local governments first tried limiting movement, they let bars and restaurants open for a few hours, but then they realized it didn’t make sense if they were telling people to avoid others and crowds. If you’re caught out at any other places, they’ll fine you, and they have since enacted a law that if you have tested positive for the virus and are ignoring quarantine, you can be charged with reckless homicide. There is no walking around town.

Don’t you live on a farm, though?  Can you spend time outside if you want?

We’re not on a farm, but definitely not in town. You’re allowed to spend time outside in your yard because you can’t venture out or everyone would do it. We have some land though so we can walk outside on our property without seeing others.

Who is helping you get by while you both have been sick? Does the local government have medical staff that come to your home to check on you?

We had actually just gone to the grocery store prior to the outbreak so we were stocked up prior, and my husband's relatives bought us a few things. Now, he is allowed to go to the grocery store, but it took him two hours to get a few things. And, yes, local doctors can make house visits, but there is really no one available now because the hospitals are packed to capacity. They have called doctors out of retirement, doctors from other countries, and even medical students in their last two years to assist with the overflow.

In terms of medications, are over the counter medicines the only thing you can take to fight the Coronavirus? Or, at the very least, do these meds make you feel more comfortable? If so, what are you taking?

Doctors were experimenting with a broad spectrum of anti-viral medications on some hospitalized patients, but they haven’t been successful, so yes, the only thing you can take are over the counter medications such as Tylenol for fever, EmergenC, Elderberry, Echinacea tea with ginger, bananas, fluids, plenty of rest similar to the things you take if you have the flu. I also sat directly in the sun for UV therapy, which seemed to help me greatly. However, nothing could help with the severe body aches. They have recommended you not take Ibuprofen, and in some cases no cortisone for breathing treatments as they can exacerbate your condition. For severe cases, hospital care and ventilators are needed, but only so many can be admitted, and they take the most severe cases first.

What do you think is one of the biggest reasons the virus spread so fast in Italy?

Definitely people not staying home and ignoring instructions after Coronavirus started spreading. The day that they announced the original mandate of the quarantine, thousands packed trains, either trying to go back to their original province or elsewhere. People also were going to the beach as well as skiing the same weekend restrictions were placed. Bars and restaurants were still packed.

Are you getting any economic relief while you are in quarantine?

Yes, the government is doing what they can to assist and has several packages, but they have become confusing, and they haven’t sorted everything out just yet. They are waiving some mortgages for up to 18 months, and my company today is giving each of us $270 to buy what we need while closed in. Some employers are finding it difficult to stay afloat, and many, are going without a salary.

What stands out for you about the Coronavirus?

In regards to the United States, what infuriates me is when I read that people are saying it’s a hoax so Trump won’t get re-elected, etc. Also reading that some people are stating that it’s like a simple flu or cold and only elderly or already sick can get it. All of these are false and mis-leading; thereby, delaying prompt action and creating unpreparedness. In Italy, it started with THREE cases, and in two to four weeks we now have almost 50,000 cases and over 4,000 deaths [as of March 21st], now surpassing China’s death toll. We had 793 people die in one single day. In Italy, prior to the outbreak, people didn’t practice keeping personal space. If you were in line at the store, they woulc get right up on your back.

Do you have any advice for Americans, who are now dealing with the Coronavirus?

I hope the U.S. can contain it, but it will have to take a collective effort. These mandates are in place to protect people and not take away their freedom. If everyone would cooperate, then the numbers of illnesses will decrease rapidly, but until people start taking it seriously and keep going out, it will only make things worse and extend the quarantine time. Ours is already extended possibly until May. Main point: STAY HOME. Your personal plans are not more important than the lives of others.

Special Feature
Despite dire coronavirus warning, some refuse to give up their routines
162 views

Special Feature
A coronavirus danger: Touching your face. Here is how to stop doing it
523 views

Special Feature
Genealogical databases are a goldmine for police, but with few rules and little transparency
630 views

Special Feature
Did Pentagon ban on Guantanamo art create a market for it?
1,761 views 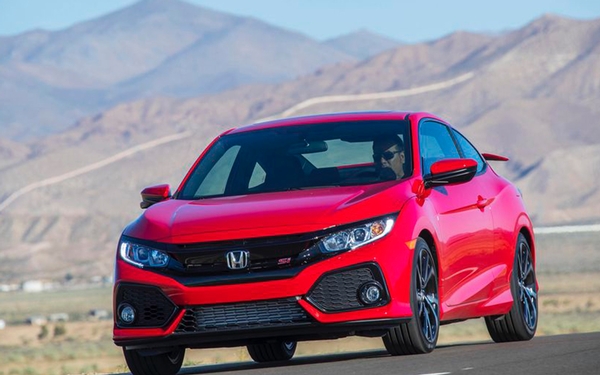