‘Hidden Valley Road:’ An intimate portrait of one family’s struggle with mental illness 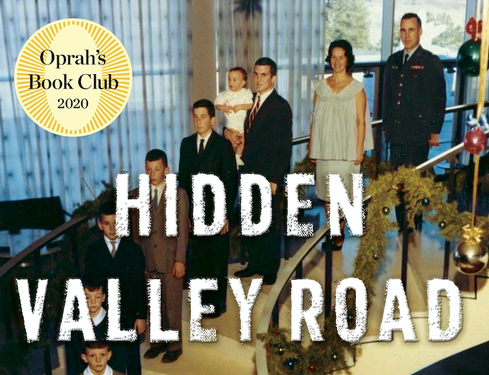 In “Hidden Valley Road” (Doubleday), journalist Robert Kolker documents an American family’s incredible journey as they navigate the effects of mental illness; six out of 12 children were diagnosed with schizophrenia, while others experienced sexual abuse and PTSD. They became one of the first families to be studied by the National Institute of Mental Health in investigations into the genetic origins of schizophrenia.

The Galvins were a young Air Force family with three boys living in Colorado in 1951, the new future in the American West. By 1966 they had 10 boys and two girls, and one by one, the boys began to have behavioral problems and were subsequently diagnosed with schizophrenia. From the outside, they seemed like a great group; Don was a professor at a university nearby and he was known to be a falconer, working with falcons. Mimi was seen as the perfect mom, known for her recipes and love of the opera.

In 2016 Robert Kolker met the Galvin daughters, Margaret and Lindsay, to discuss an idea. The women were interested in writing a book, but it had been suggested to them that a non-family member telling their story may be a good option. After meetings and conversations with many of the relatives over the course of a year, where they willingly shared sensitive, private and medical information freely, Kolker decided he would write the book.

There have been conflicting theories and philosophies regarding schizophrenia since the 1950s; some used to believe it occurred because of how the mother treated a child. Some say it is genetically inherited, others think it has environmental triggers, and some attribute it to trauma. Today, scientists believe it could be a combination of factors that cause one to think, feel and behave in a certain way that characterizes schizophrenia.

“Hidden Valley Road” not only shines a light on the Galvin family and all they went through, but it calls attention to schizophrenia and mental illness, which is gravely needed. Most illnesses and diseases have ambassadors, people who have them that openly publicize symptoms, treatments, coping mechanisms and support systems. Mentally ill patients often don’t have the capacity to do so, and in the past, the stigma of having such an illness may have prevented families from speaking out.

By some estimates, schizophrenia affects an estimated one in 100 people — or more than 3 million people in America, and 82 million people worldwide. Many of the antipsychotic drugs used to treat schizophrenia have dangerous side effects; some actually induce psychosis and cause heart problems. One in 20 people who have psychotic breaks commit suicide, and although antipsychotic drugs prevent breaks from happening, they often are administered when it is too late. There is no clear way to diagnose schizophrenia; there is no cure, and medications just mute the psychosis.

Robert Kolker took on a bear when he decided to work on this project and I am so glad he did. This multigenerational family saga is organized by character to make it easy to follow. The anecdotes are interspersed with science and medical information, all woven together to make for a great read. Hopefully, “Hidden Valley Road” will open up conversations across the country and create support for a push in research.

To some, this is an incredible story that is difficult to even imagine. But to others, this hits so very close to home. After reading many of the comments on Oprah’s Book Club Page on Facebook where she discusses “Hidden Valley Road,” I had a whole new perspective on the book and, even more than that, on the impact this book has on people and families across the country. The story of a family living with mental illness resonates with so many, and the more we talk about what goes on behind closed doors, the more research and progress we can make in terms of developing medications and treatments.

I had the opportunity to attend a book talk through independent book stores Book Hampton and R J Julia where the author of “Hidden Valley Road,” Robert Kolker, was the guest. He is a journalist, his earlier book was “The Lost Girls” and, according to Roxanne Coady, owner of R J Julia, Kolker has a knack for “finding stories hiding in plain sight” and writing about “ordinary people in extraordinary circumstances.”

Oprah and Prince Harry have been working on a documentary series on mental health for television and Oprah was given “Hidden Valley Road” to read for additional information gathering. Once she read it, she decided to pick it for her book club and called Robert Kolker to let him know. He saw a call come in with no caller ID so he didn’t answer. Then his publisher called and told him to answer the phone when it rang again. And there was Oprah … telling him he was a hard man to reach! What a thrill for Kolker, who felt this project was one of the biggest he had ever tackled. Being an Oprah’s Club Choice is a feather in his cap, and it gives the Galvin family and mental illness a well-deserved spotlight.

Q: Many of the siblings were treated with all different types of drugs but at the same time it seemed like they were partaking in recreational drug use and drinking alcohol. In your research was there ever any discussion of isolating a drug treatment to see if it alone had an effect on symptoms?

A: I think by the time the sick sons were being prescribed antipsychotic drugs, their recreational drug days were behind them. The exception would be Peter, who would go off his meds and then start smoking pot to self-medicate. The real issue, in my view, is that none of the boys were sufficiently medicated or treated early enough. The stigma of mental illness meant that they hid their own problems, and the family hid those problems too. It is possible that some of the boys might have fared a little better with earlier interventions.

Q: What was Mimi like when you met her? Did she show any remorse or take any responsibility for how things turned out with her family?

A: Mimi was in her early 90s and physically frail, but mentally sharp. She was sunny and bright and energetic. She was very glad that a book was being written, particularly now that researchers had come up with genetic information that seemed to confirm that the family illness was genetic (and not the result of bad parenting). She was not terribly interested in discussing unpleasant subjects, but with the help of her daughters was able to open up and talk about the danger she felt she was in at home, and the shame that many doctors made her feel.

Q: Do you think the sexual abuse Mimi experienced when she was younger impacted her decisions to 1) accept Don’s philandering behaviors, and 2) not address the sexual abuse her daughters informed her about?

A: I do believe her own abuse helped create a blind spot for her. She was even more reluctant to confront such issues in her family because of what happened to her. I don’t necessarily think it made her more tolerant of her husband’s infidelities — I believe other factors probably caused her to turn a blind eye to that. But I do think it made her not want to even think about abuse among her own kids.

Q: Was there any talk about the possibility that almost everyone in the family had experienced PTSD and could that have been a possible trigger to changes in the brain?

A: Both sisters have speculated about that in their conversations with me, for sure. They also both wonder what PTSD their father might have experienced in WWII — and whether that had anything to do with the violence among the boys in the house early on. Hard to nail such things, down, of course, but they’re good questions.

Q: All the healthy Galvin children felt they did not measure up to their father’s expectations. Why do you think they felt this way?

A: Their father was, by all accounts, enormously charismatic. And his academic accomplishments were something that none of the kids ever came close to. And his post-military job as a counselor to governors and tycoons was also enormously impressive to them. Many of them saw him as perfect, and they saw their mother as a perfectionist. Those opinions changed in later years, though — and for me, that was one of the most satisfying aspects of writing a long family saga; to see how children grow up feeling one way about their family and then changing those views over time, once they grow up and have kids of their own.

Q: They say the effects of trauma Holocaust survivors experienced can be passed down through the generations, not necessarily in the DNA code, but in the way DNA is expressed. How do you think the traumatic experiences, the drug use (recreational and medically prescribed) and the mental illness itself will/has manifest/ed in the next generation of the Galvin family?

A: I find that idea intriguing. I haven’t studied it myself but I can understand why people might suspect this is the case. It seems like it would be very hard to isolate and quantify such factors. But again, it’s really intriguing.

Q: Is there hope in our lifetime for the discovery of the cause, treatment or cure for schizophrenia?

A: I believe what one researcher says in my book that, like a fever, what we call schizophrenia is really a symptom or symptoms and not the disease itself. It will take a very long time for us to see past the symptoms and find the causes. But along the way, there is the potential for better treatments, provided the resources and will are there.

Q: This project took you quite a few years to tackle – and well worth it! Do you know what your next book will be about?

A: Right now I’m still scoping out new subjects. All suggestions are welcome!

Q: What have you read lately that you recommend?

A: I recently read “Song Of Solomon” for the first time, at the suggestion of my teenage daughter, and loved it. I also loved “Trust Exercise” by Susan Choi. 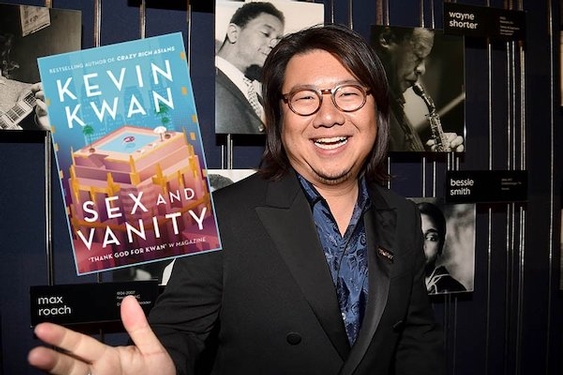 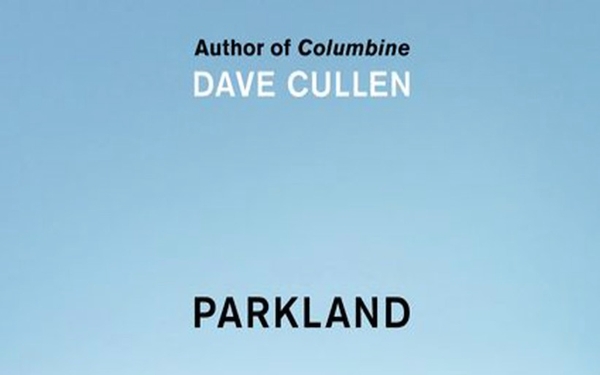 Interview
From Columbine to Parkland, the dark road of Dave Cullen
2,767 views 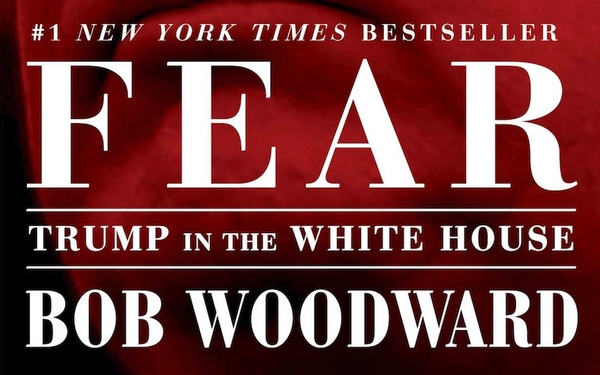 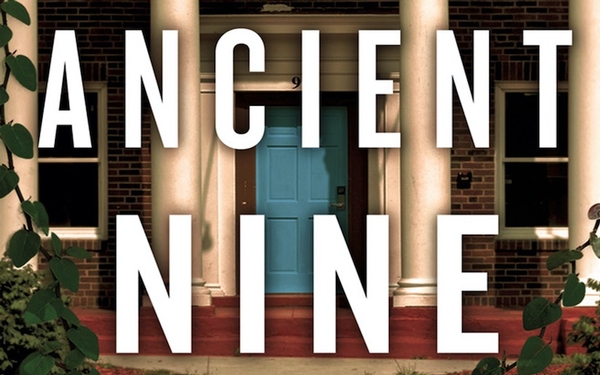 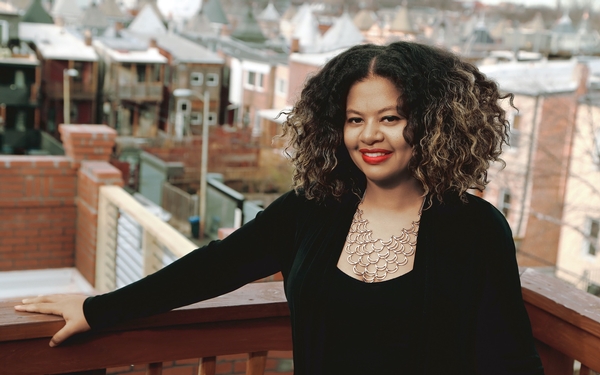 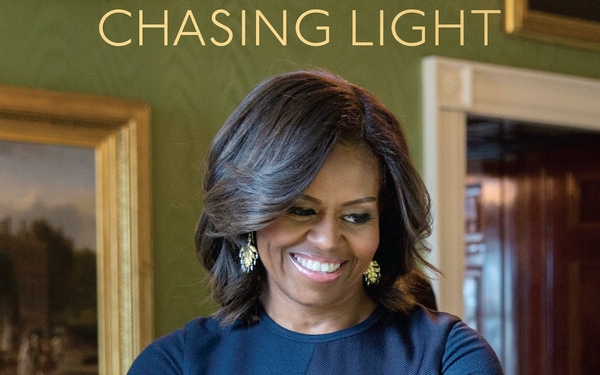