Singles turn to video dating in a big way during covid. And geography is no longer a barrier 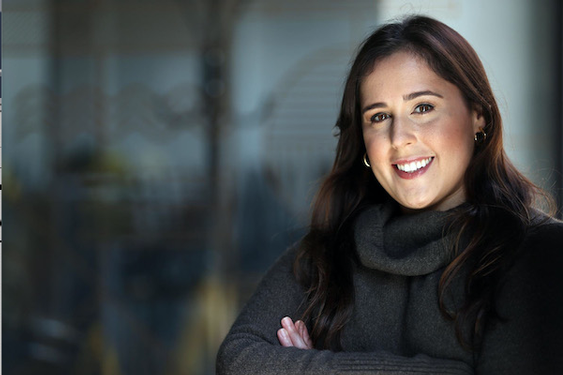 Some people are video-dating (via FaceTime, Skype, dating apps, etc.) during the coronavirus stay-at-home order. Rachael Jimenez, 30, is seen on the North Side of Chicago on Friday, May 15, 2020.

Chicagoan Rachael Jimenez has gone on first dates without ever leaving her couch.

She has had the pivotal “Are we seeing each other exclusively?” conversation with a man she has never met face-to-face. She has seen a close friend fall hard for an acquaintance of just three weeks — a man who happens to live in Scotland.

“They are in love. It’s wild,” said Jimenez, 30. “Everything that can happen that’s bizarre is happening.”

Welcome to the upside-down world of video dating, where geography is no obstacle but the smallest physical intimacies — holding hands, kissing — are completely off the table.

In the weeks since COVID-19 left Chicagoans largely homebound, dating via apps such as FaceTime and Skype has exploded, with OkCupid reporting a 470% increase from March to April in the number of users who answered yes to the question, “Have you been on a virtual date?”

“What other choice do people have?”

Groner, 29, of Chicago, sees video dating as a chance to remake a noncommittal, physically driven dating scene supported by apps that encourage you to swipe through an endless parade of pretty faces. Now maybe people will have a chance to really click with the each other over the course of multiple meaningful conversations, she said.

The dating pool has gotten more international during the pandemic, with Tinder allowing users to look for potential matches anywhere, without paying an additional fee. Jimenez said she matched with a man from Ireland, and one in Australia.

There are potential downsides as well, some of which are tied directly to the pandemic. Video dating at a time when people are losing their jobs, getting overwhelmed at work or assuming new child care responsibilities can be difficult, Groner said.

And while video dating can have an international flair, a quirky creativity and an old-fashioned, slow-moving sweetness, it can also be just plain odd and frustrating.

“It’s really weird not to hold someone’s hand that I’ve been talking to for 2 1/2 months. I’ve never kissed him. I’ve never seen him in person,” Jimenez said of a man with whom she was video chatting regularly.

Divorced a year ago, Jimenez had just made the leap back into dating when the coronavirus pandemic hit Chicago, and she was determined to sustain her momentum.

“Dating — what I’ve experienced in the short time I’ve done it — is like getting on the horse again,” she said. “It’s kind of nice to keep those skills.”

One of her first video dates was by Skype, and there were technical challenges, but she and her date made it through them together and then talked for a while from their beds.

The conversation, accompanied by bourbon on his part and wine on hers, went well and they agreed to keep talking.

Some people are going on activity-based virtual dates. Groner suggests exploring new places via Google maps or playing “takeout roulette:” you each order a meal from your favorite restaurant and have it sent to your date. When the food arrives, you eat together.

People are dating from their beds or couches, often with a beverage in hand, Groner said.

They’re watching movies, some via Netflix Party, or cooking meals together, according to Chicago dating coach Bela Gandhi, founder of Smart Dating Academy.

“You’re developing this legitimate emotional connection,” Gandhi said. “You’re getting to know people slowly, surely. It’s only going to help you build that physical chemistry when you actually meet.”

She got to the point of the “Are we dating exclusively?” conversation after more than two months of talking with a Chicago graduate student who had gone home to California when his dorm closed. They agreed to put off the decision until they can meet in person.

Unfortunately, not everyone is video dating responsibly, Groner said.

“Nobody is going to get on the phone and tell you ‘I talked to a person for a week over text and call, we sexted a little, and then I went to their house and slept with them and immediately regretted it.’ But that’s happening all around the city,” Groner said.

Groner said she respects people who use sexting as a way to get through the pandemic without physical contact. But for some people, sexting becomes a slippery slope.

She has been adventurous in her conversations, taking on topics that are deeper, more meaningful and more challenging than your typical dating fare.

“There’s just no reason not to try to make the conversation exciting if you’re going to go out on a limb and have a conversation in the first place,” she said.

Some of her friends tried video dating and hated it; but a close pal from Los Angeles is a fan. Just three weeks after meeting on a dating app that relaxed its geographical restrictions, the friend and her Scottish suitor are very much in love.

“If they ever do meet and get married, I’m going to lose my mind,” said Jimenez. “I can’t wait to see what happens.”