It's Alive: Bringing Animatronic Characters to Life on Film 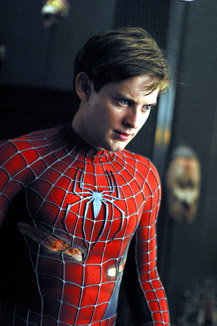 If you love the cuddly, creepy or just plain creative characters in films like Star Wars, Beetlejuice or Spider-Man 2, then you‚ll definitely appreciate ˆ and be entertained by ˆ this ongoing exhibition at the Academy Gallery, which originally opened to the public May 12 and is set to close September 10.

Entitled It‚s Alive, the exhibition serves to shine light upon the various advances in animatronics in film over the years.

With new CGI technology now in place to help create memorable movie characters, the Academy hopes to showcase the wonderful art form of animatronics; which, in many films, has helped filmmakers develop extra-special scenes and characters while also being able to shoot in real-time.

The exhibition will feature numerous models, maquettes and, according to the Academy Web site, „actual animatronic creatures and their mechanisms.‰ Video monitors will also be included as part of the exhibit, which will allow gallery visitors to view clips of the finished films in which the selected animatronic characters appear.

Among the films being highlighted in the exhibition include 102 Dalmatians, Alien 3, Cats and Dogs, Doctor Dolittle, George of the Jungle, Ghostbusters, Gremlins, Labyrinth, Little Shop of Horrors, Jurassic Park, Men in Black II, Robocop and Short Circuit.

Companies and individuals lending to the exhibition include The Jim Henson Company, Walt Disney Company; and leading animatronic artists Rick Baker, Lyle Conway and Ray Harryhausen.
Article posted on 8/1/2006
This article has been viewed 3332 times.