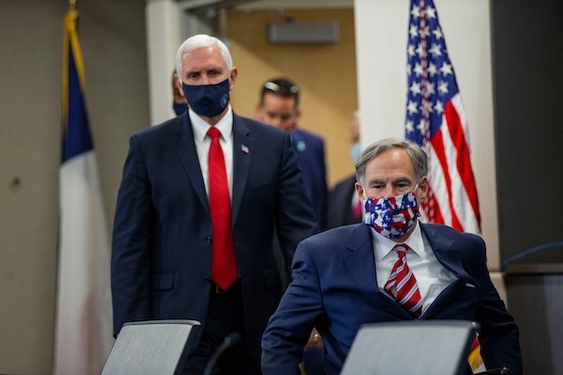 To George Fuller, mayor of McKinney, Texas, his recent decision seemed a no-brainer: require everyone in his city to wear a mask inside businesses to stem the spread of coronavirus and avert a full economic shutdown.

Some constituents in his Dallas exurb saw it differently. They pelted him with profane emails, calling him a “pathetic, cowardly little dictator,” even disparaging his teenage daughter for contracting the virus. The vitriol toward masks, Fuller said, reflected President Donald Trump’s refusal to fully embrace them as a tool to stop the spread.

“It’s from the top — it’s why we have the problem we have,” said Fuller, a nonpartisan mayor who has long voted Republican. “It’s unbelievable to me that it’s become the political thing that it is. Our president could have shifted this or diverted from this path, easily.”

With the COVID-19 pandemic bearing down on red states that had previously been spared, officials in these hot zones are finding their efforts to combat the outbreak undermined by the leader of their own party.

Many GOP politicians followed the president’s lead in the early months of the crisis by embracing a swift reopening of their economies. Now, as infection rates are surging in several states, these same leaders are ratcheting up their efforts to curb the contagion. But doing so while not contradicting Trump, who continues to forgo wearing a mask in public and broadly downplays the threats of the virus, has proven difficult.

“The dilemma is they were playing politics with it for so long and trying to be loyal to the president for so long that they’ve now painted themselves into a corner and cannot get out,” said Mike Madrid, a Republican consultant who works with The Lincoln Project, an anti-Trump campaign group.

So far, Republican officials have found greatest consensus around promoting face coverings, which experts initially downplayed but now believe could substantially curb transmission of the virus. In recent days, Vice President Mike Pence, Senate Leader Mitch McConnell and Fox News personalities have all spoken of the benefits of masks. On Thursday, Texas Gov. Greg Abbott, who at one point banned local governments from requiring masks, issued an order mandating face coverings in public in most counties, as well as allowing local officials to prohibit gatherings of more than 10 people.

Trump remains reticent to be seen in a mask, going so far as to wear one in May while touring a Ford plant but removing it when cameras were present. Soon after, he retweeted a message mocking former Vice President Joe Biden for wearing a face covering at a Memorial Day observance.

With pressure from allies building, Trump changed his tune Wednesday, saying in a Fox Business Network interview that he thought masks were good and saying he would have no problem wearing one publicly.

“I had a mask on. I sort of liked the way I looked,” he said. “It was a dark black mask, and I thought it looked OK. Looked like the Lone Ranger.”

Overall, though, Trump has put more emphasis on reinvigorating the economy. He was ebullient Thursday about the 4.8 million jobs added in June, and said the country was on track to “vanquish and kill the virus,” despite the escalating case numbers.

The president’s continued insistence that the crisis will soon pass has left the GOP scrambling for a coherent approach.

The pandemic’s initial sweep left a lot of Republican-led states relatively unscathed, especially compared to states such as New York, Michigan and California with Democratic leaders. Governors in some red states pushed for early reopening of their businesses and resumption of normal life. Now, some of the fastest-growing infection rates are occurring in such states, including Arizona, Texas and Florida.

The phenomenon is not occurring solely along partisan lines. In the Republican-led states of Massachusetts, Vermont and Maryland, among others, coronavirus cases are trending downward. California, a Democratic bastion, has seen its case count remain stubbornly high, prompting new restrictions Wednesday.

But much of the surge is concentrated in red states, where leaders have taken different approaches to curbing the outbreak. Florida Gov. Ron DeSantis, who welcomed the Republican National Convention after the original host North Carolina warned it would impose safety measures, has resisted new restrictions to curb the spread. But the Republican mayor of Jacksonville, the new site for Trump’s nominating festivities, imposed a mask requirement for indoor gatherings.

South Dakota’s Republican Gov. Kristi Noem said there will be no enforcement of social distancing this weekend at a July Fourth celebration at Mount Rushmore, which Trump is scheduled to attend. But other GOP governors such as Abbott of Texas and Doug Ducey of Arizona have struck a decidedly more urgent tone.

“Our message to Arizonans today is clear: They are safer at home. If they do go out, we want them to mask up. We want them to physically distance. We want them to wash their hands,” Ducey said Wednesday at a news conference with Pence. Both wore masks.

Republicans may have to work overtime to bring their constituents on board. A National Science Foundation-backed survey has found the divide between Democrats and Republicans is growing over health behaviors that could mitigate the spread; the latter were less likely to wear a mask, avoid gatherings and self-quarantine.

Shana Gadarian, a Syracuse University researcher on that survey, said people tend to get cues from their elected officials.

“The political leaders of the Republican Party for a long time have not had a consistent message about what keeps people safe,” Gadarian said.

The politicization of the virus is a potent sign of our times, a combustible combination of a long-held skeptical streak in some quarters coupled with the eagerness of this president to engage in culture wars.

“It’s a wide and deep strain in American culture and history,” said Michael Steel, a Republican and former adviser to ex-House Speaker John Boehner. But “the president’s distrust of experts and analysis and his penchant for operating based on his own gut instincts is to my knowledge without parallel in the Oval Office.”

Trump’s allies say the blame should not fall on the president, who is dealing with vastly different scenarios across the country.

“A couple states in the South and Southwest are flaring up. Should the president be asking people in states that don’t have a problem to wear a mask?” said Matt Mackowiak, a veteran GOP strategist from Texas who plans to attend the Republican convention as a delegate supporting Trump. “It’s reasonable to not come to a conclusion on that. I think the answer is listening to public health officials and experts in your local area who have the best information.”

Harmeet K. Dhillon, a Republican National Committee member based in San Francisco, said that many elected officials have muddled the messaging, pointing to Democratic officials who restricted gatherings at houses of worship but condoned mass demonstrations in support of Black Lives Matter.

“When a government leader exhibits that level of hypocrisy and double standard, it undermines everything that comes out of their mouth,” Dhillon said.

Officials in states that had previously loosened pandemic restrictions now face the daunting task of getting the public to comply once again with a clampdown.

In Arizona, the statewide stay-at-home restrictions were lifted in mid-May. Businesses were encouraged to follow recommendations by the Centers for Disease Control and Prevention, but it was an honor system, said Will Humble, executive director of the Arizona Public Health Association.

“Quite rapidly, a bunch of nightclubs and bars began to act like pre-pandemic,” he said, pointing to clubs in Scottsdale that hired celebrities to DJ and passed out free champagne to fire-capacity crowds.

New cases have soared since Memorial Day, surpassing 4,800 midweek before dipping on Thursday. Meanwhile, the number of available hospital beds declined to the point that the state activated an emergency plan to help hospitals prioritize scarce resources based on factors such as how long a patient would likely live if they recover.

“There’s absolutely a perception that this is a political statement by some people, that it is acquiescence of some sort to a Big Brother conspiracy and that’s very unfortunate,” Giles said. “We have to do a lot of education.”

That’s been the case as well for Fuller in North Texas, who has been sharing scientific research with constituents about the benefits of wearing masks. Most have been supportive, but he said resistance has come from Trump’s base.

He appreciated the president’s recent favorable comments about facial coverings. Now he wants Trump to go further and wear one in public.

“Nothing beats leading by example,” he said. 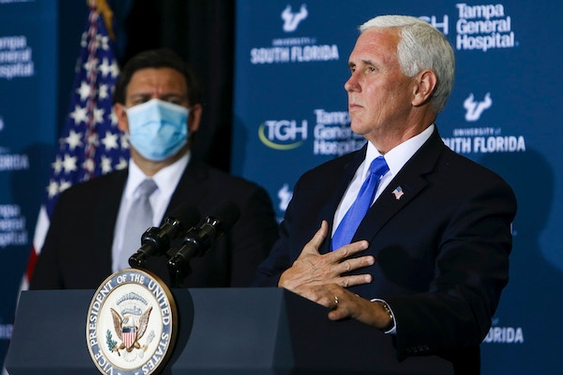 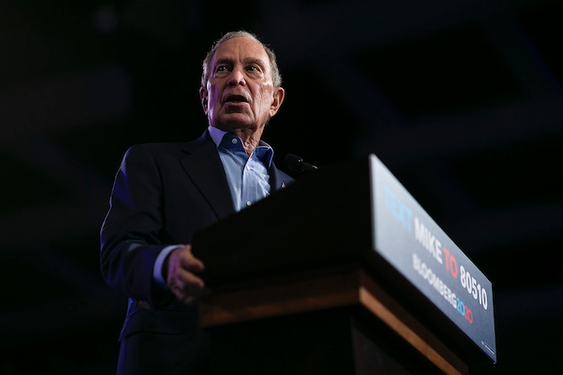 After record-breaking spending, Michael Bloomberg drops out of the presidential race
332 views 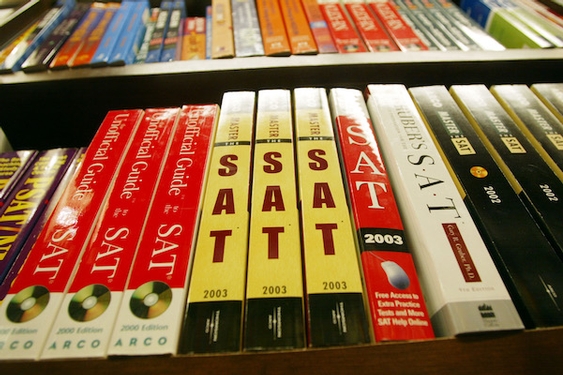 Drop the SAT and ACT as a requirement for admission, top UC officials say
430 views 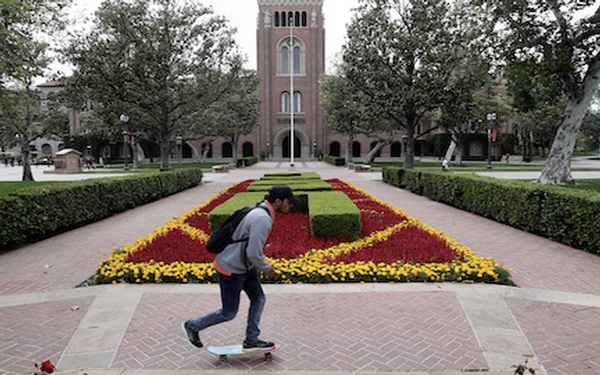 Two months after a USC student was shot, his family and friends ask for help finding his killer
1,731 views 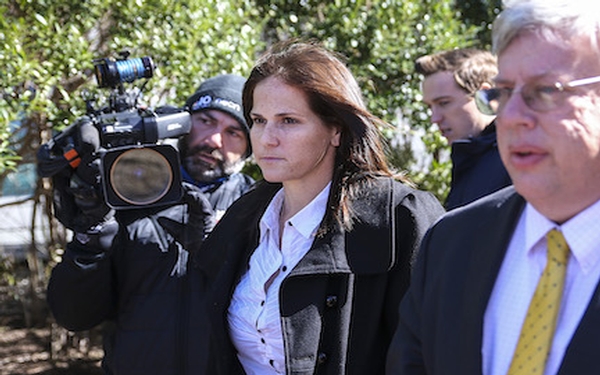 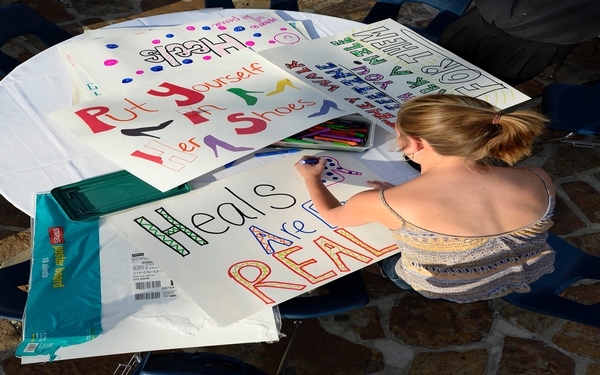 When the rules keep victims of sexual assault from speaking up
1,715 views
bid=||