‘Watch Dogs: Legion’ surprisingly has a bit of ‘Pokemon’ in it

Nigel Cass is the leader of Albion, a private military company in charge of security in London, in "Watch Dogs: Legion." (Ubisoft/TNS)

At first blush, I hated the concept of “Watch Dogs: Legion.” Everything about an open-world hacking game where players could recruit anyone seemed wrong. It would be devoid of a main character. All the operatives would be disposable. Ubisoft’s vision of London seemed like a predictable dystopian mess.

I assumed the developers just ran out of ideas, threw their hands in the air and decided to burn the franchise to the ground with cockamamie ideas. “Watch Dogs” went full on Poochie the Rocking Dog. Fortunately, a funny thing happens when rules are thrown out the window: A game becomes unpredictable and it breaks new ground.

That’s what I discovered when I previewed “Watch Dogs: Legion” at a Ubisoft Forward event held virtually last week. The three-hour session showed a title that was more fun than what I was expecting.

The campaign starts off putting players in the shoes of Dalton, a former MI-5 agent who now helps out DedSec, the loosely knit hacking collective from the previous entries. With Bagley, an AI construct, and Sabine, the techie behind the desk, giving instructions, Dalton foils a bombing of Parliament.

This introduction is a tutorial that reaffirms many of the polished mechanics in “Watch Dogs 2” remain in the sequel. Hacking is still as simple as pressing left bumper and focused on context-sensitive spots. Players deploy a diverse array of gadgets that include stun grenades and drones. The third-person shooting mechanics requires players to hide behind cover before popping up and shooting enemies in the face.

The DedSec crew foils the bombing but it turns out they can’t stop everything and the collective is framed for the Zero Day terrorist attacks that kill thousands in London. In response, the British government brings in Albion, a private military company run by Nigel Cass, to take over security. His army of mercenaries and drones create capitalist police state.

It’s up to the underground members of DedSec to clear the group’s name and delve into the conspiracy behind the bombings.

DRESSED FOR THE JOB

That took me to construction worker Douglas Ferreira. He was my first character in “Watch Dogs: Legion.” The game uses him to show off other mechanics in the campaign. The first few missions had my character stealthily sneaking into areas and hacking the ctOS servers for information.

One of the wrinkles about the tasks is that many of them happen at construction sites, and because Ferreira is dressed for the job, he has an easy time blending in with other workers. It’s a “Hitman”-esque way of doing stealth. Players have to act normal — meaning no crouch or running — while searching for their objective.

The further on I played I encountered more puzzles that required players to follow circuits and hack them so that they can access hard-to-reach areas. These puzzles will sometimes require players to switch from surveillance camera to surveillance camera. That in turn teaches players that they can use that equipment to scout buildings and mark enemies in order to sneak by without problems.

Expert players will come up with distractions as they walk by guards or they’ll shut off drones to avoid being detected. They’ll do this all on the fly while trotting through the stage confidently. Again, all these concepts are carried over from “Watch Dogs 2” but with a little more polish.

Where the game becomes fascinating is in recruitment and progression. Every recruit has a talent set and access to gear that fits their profile. My construction worker, Ferriera, had a wrench, nail gun and cargo drone. The deported spy on my roster, Karen Janowski, carried a silenced MP9, spy watch that jams weapons and a spy car.

Players will have to research recruits and build a crew of diverse operatives. The recruitment process involves a conversation and leads to a side quest where DedSec has to help the potential members before they join the crew. As I recruited a disillusioned Albion security guard to infiltrate the Tower of London castle, I realized that “Watch Dogs: Legion” is essentially “Pokemon” but instead of collecting pocket monsters, players gather hackers from the general populace.

Each recruit has strengths and weaknesses. Nearly all of them have tech skills, but their backgrounds give them access to different devices such as a spider bot that can surreptitiously hack servers. Another operative, a soccer hooligan, has the ability to call in friends for a fight. Players have to be picky and collect the right team, so the collective can fulfill any missions it comes across.

For instance, my buddy Ferriera, the construction worker, failed at completing a side quest. He was shot and arrested. Because of that, I went out recruited a Barrister (aka British lawyer). Holly Dill had the ability called Bail Out that shortened the cooldown when an operative is essentially captured. I assume that other jobs such as doctors will have similar abilities and roles, and according to creative director Clint Hocking in comicbook.com, each character can level up.

While that gives players something to look forward to, they also have to keep in mind that “Watch Dogs: Legion” also has permadeath. The operatives they recruit can be killed, according to a Gamesradar interview. That means it will be smart to keep the hacker roster fully loaded just in case.

Although it sounded disappointing at first, the idea of recruitment turned out to be an intriguing concept for “Watch Dogs: Legion.” What the game lacks in narrative character development is made up for in the deeper gameplay. Looking around London for that perfect operative will be a major time sink, but once they find them, players will care for the recruits in the same way they would a soldier in “XCOM.”

The operatives represent an investment, one that will make them valuable in their own sort of way.

“Watch Dogs: Legion” is scheduled for release Oct. 29, 2020, on the PlayStation 4, Xbox One, Stadia and PC. It will also be coming to PlayStation 5 and Xbox Series X. 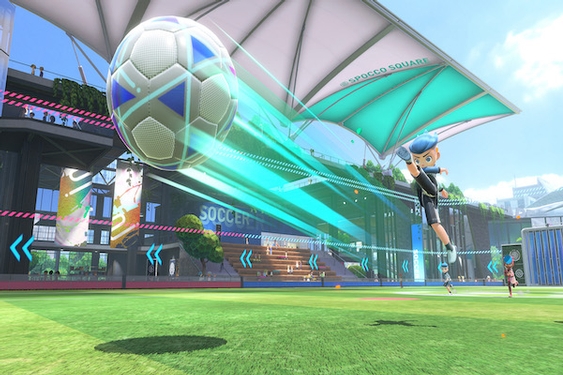 Previews
‘Population: One’ could be ‘Fortnite’ for virtual reality fans
1,119 views

Previews
In ‘Watch Dogs: Legion,’ it’s the people that gives the game its character
713 views