BBQ My Way: Teriyaki pork kabobs on the grill 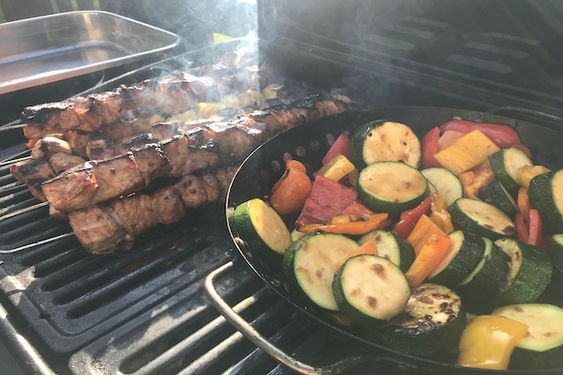 I love kabobs on the grill. It’s a complete meal with the meat, veggies and in this case, grilled fruit. When most people think of kabobs, they typically think of chicken or steak. But today’s recipe features pork loin, which was awesome. Teriyaki has its roots in Japan, closely related to shouyu, which is the primary flavoring in Japanese cuisine. It became popular in the United States in the 1960s as Japanese immigrants settled in Hawaii. They used local ingredients such as pineapple juice and brown sugar combined with soy sauce.

One pet peeve of mine is seeing kabobs being sold in grocery meat cases with the meat and veggies on the same skewer. It looks pretty, but the meat and the vegetables cook at different rates.

The all-inclusive skewer makes no sense. I put all our meat on one set of skewers and the veggies on a separate set of skewers. In this case Liz had cubed so much meat I didn’t have room for more kabobs, so I cooked the veggies and pineapple on the grill on our grill wok.

Don’t have one? Buy one. You will love it. Let’s get started.

TERIYAKI PORK KABOBS ON THE GRILL

12 to14 bite-sized pieces of fresh pineapple

4 to 5 cloves of garlic, crushed

1 can of beef broth

You are going to make a marinade and a sauce for grilling. In one bowl add 4 tablespoons of soy sauce, 4 tablespoons of olive oil, 2 cloves of crushed garlic pepper flakes and a dash of black pepper. In a large zip-close place all of the cubed pork. Stir the marinade and pour into the bag. Zip it up and place in the fridge for a few hours.

Now for the sauce. You can do this just before firing up the grill. Place remaining soy sauce, cornstarch, beef broth, ginger, brown sugar and 2 to 3 cloves of crushed garlic in a saucepan over medium-high heat. Mix, bring to a boil and reduce to a simmer. Allow to simmer for 5 to 7 minutes.

Place the pork on skewers, allowing the touches to touch, but not mashed together. On the other skewers, place the veggies. Or like me, use a grill wok to saute and char them. Place the skewers of veggies and pork and over the coals or the flame and brush with the sauce. In my case I also brushed the pork with the marinade. Watch for flare-ups and stay with the kabobs, turning occasionally, brushing with the sauce frequently. Pork is done at 145 degrees or so, and the veggies are done when they are a bit charged and have softened up a bit. Once done, bring in the kabobs and place all meat, veggies and pineapple in one large bowl. Serve with long grain rice or cauliflower rice. Enjoy!

Dave Lobeck is a financial advisor by day and a BBQ enthusiast on nights and weekends. He is also a Kansas City Barbecue Society (KCBS) judge. You can contact Dave with your BBQ and grilling questions at www.BBQ-My-Way.com

Visit BBQ My Way at www.BBQ-My-Way.com 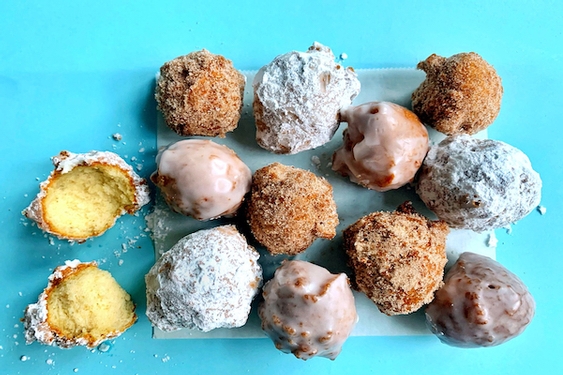 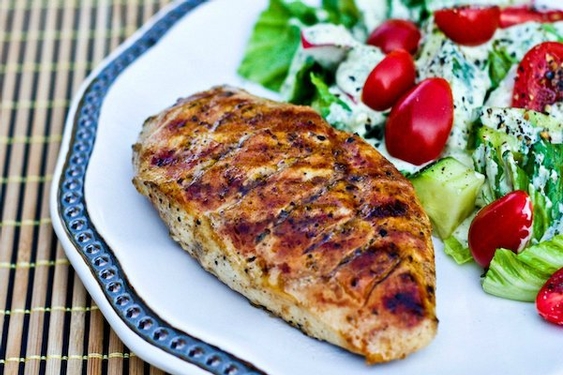 Recipe
How to grill chicken so it’s juicy with charred (not burned!) skin
356 views 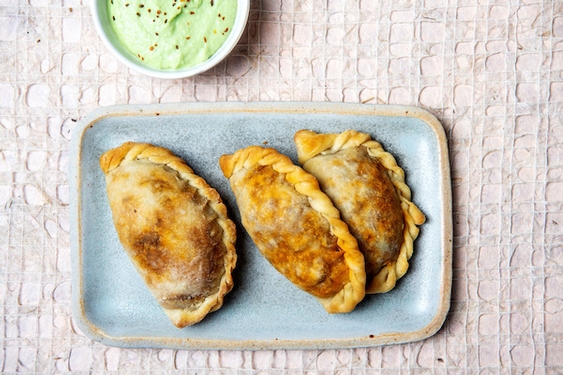 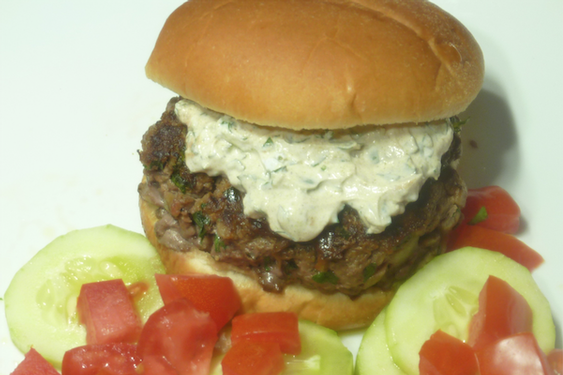 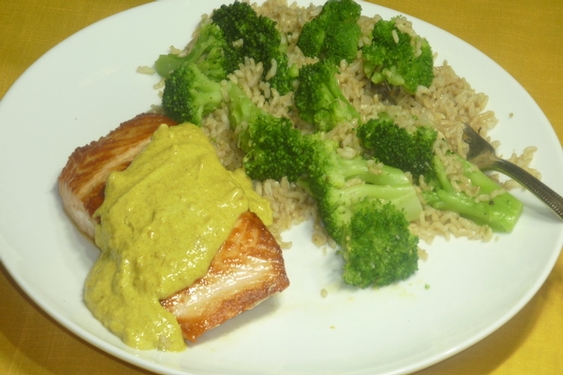 Recipe
Spice up salmon with this roasted recipe
593 views