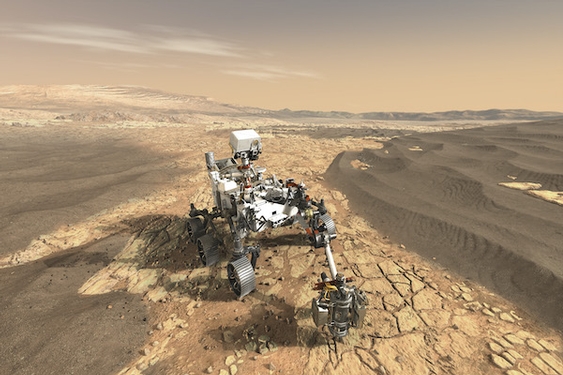 An illustration of NASA's Perseverance rover on the surface of Mars. The vehicle, built at the Jet Propulsion Laboratory, will blast off for Mars as soon as Thursday. (NASA/TNS)

NASA’s newest Mars rover is called Perseverance, and it has already lived up to the name.

Weighing in at just over a ton and loaded with the most sophisticated instruments ever sent to the red planet, the six-wheeled vehicle has already survived a hurdle no previous rover has had to face: a global pandemic.

After overcoming months of uncertainty, Perseverance is at the Kennedy Space Center in Florida, awaiting the start of the 309-million-mile journey that will take it to an ancient lake bed that may contain evidence of extraterrestrial life.

Despite the unprecedented challenges, the $2.4-billion space robot is expected to blast off from Cape Canaveral Air Force Station as early as Thursday — right on schedule.

The rover traveled across the country from its birthplace at the Jet Propulsion Laboratory in La Cañada Flintridge in February. After its arrival, as many as 90 NASA employees gathered in a cleanroom every day to reassemble, test and otherwise prepare the SUV-sized machine for the rigors of spaceflight.

Even in the midst of a devastating health crisis, that work cannot be done from home.

“Everyone on the team did their part and kept themselves healthy,” said Luis Dominguez, deputy electrical lead for the mission at JPL, who has been based in Florida since February. “We were incredibly lucky.”

Delaying the launch for even a few months was never an option. The orbits of Earth and Mars align only once every 26 months. In order to get to Mars in a reasonable period of time with a manageable amount of fuel, the rover has to launch within a period of 20 days or so relative to that closest approach.

“If you miss a planetary window to Mars, you essentially have to wait two years for the next opportunity,” said Matt Wallace, Perseverance deputy project manager at JPL. “That’s why the other countries that are launching missions are launching them right now.”

If everything goes according to plan, Perseverance will spend seven months flying through space before touching down in Jezero Crater in mid-February. Once there, it will quickly begin searching for conclusive evidence that life once flourished on Mars.

“Every previous mission has seen in one way or another that Mars was once habitable” said Katie Stack Morgan, a geologist at JPL and deputy project scientist of the overall mission known as Mars 2020. “But with Perseverance we are taking the next step — looking for signs of life in the ancient rock record.”

To do this, scientists on Earth will peer through Perseverance’s camera “eyes,” scouring Jezero for rocks that contain patterns, textures and the distribution of chemicals that can only be explained by biological activity.

The rover will mostly hunt for stromatolites, rock structures that look similar to those created by microbial mats on Earth billions of years ago. But it will seek out other indicators of past life as well, including ones that could be unique to Mars.

“Our search is firmly based on what we see in the early Earth rock record, but we will also open our minds to what signs of life might look like on another planet,” Stack Morgan said.

While Perseverance is tasked with finding evidence of past life on Mars, it does not have the capability to prove that life actually existed.

Instead, the rover will use a powerful drill at the end of its hinged arm to bore into promising rocks and collect core samples, each about the size of a marker pen. Those samples will be sealed inside 43 metal tubes in the rover’s belly. Filled tubes will likely be deposited in batches on the martian surface and collected by another rover sometime in the future so they can be sent to Earth for further study.

It’s a long and complicated process that could take more than a decade to complete, NASA engineers said. But when it comes to declaring the past presence of extraterrestrial life, the bar is high.

“To make the claim that you have found signs of life on another planet requires the full capability of the terrestrial science community,” Wallace said. “We can take maybe 100 pounds of instruments with us on the rover. In a single laboratory on Earth you can have a ton of equipment.”

Perseverance will also test new technologies that could be used to support eventual crewed missions to Mars.

These include an instrument the size of a small microwave oven that’s designed to make oxygen from the abundant carbon dioxide in the martian atmosphere. The Mars Oxygen In-Situ Resource Utilization Experiment, or Moxie, relies on a process called electrolysis that uses an electrical charge to drive a chemical reaction.

Generating oxygen on Mars is a necessity because it would be impractical for a crew to bring it with them from Earth, said Asad Aboobaker, a systems engineer and member of the science team for Moxie at JPL.

If Moxie works as expected, it will generate 6 to 10 grams of oxygen an hour. That’s a small fraction of the 30 to 40 grams of oxygen per hour that NASA budgets for each astronaut aboard the International Space Station, but Aboobaker said the technology is fairly easy to scale up.

Even more importantly, an instrument like Moxie will likely be used to create the 30,000 kilograms of oxygen necessary to make the liquid propellant that would rocket future human explorers off Mars when they are ready to return to Earth.

The Mars 2020 mission also includes a 4-pound helicopter nicknamed Ingenuity that could be the very first vehicle to fly on Mars. If it works, future iterations could be used to create higher-resolution maps of the martian surface and explore areas not suitable for wheeled rovers.

Because the martian atmosphere is so thin — about 1% the density of Earth’s atmosphere at its surface — scientists were not sure that flying on Mars was possible.

“From the beginning there was a natural skepticism,” said Mimi Aung, an engineer and project manager for Ingenuity at JPL. “The question at first wasn’t how, but if.”

Aung and her team determined that it is possible to fly in the thin Martian air if you have strong blades that can spin incredibly fast. So on Mars, Ingenuity’s blades will make 2400 revolutions per minute.

The next challenge was designing a vehicle that had all the necessary sensors, computers and heaters to function on Mars, yet was still light enough to become airborne.

“Just to get where we are now is already a significant milestone,” Aung said.

After landing on Mars, Perseverance will place Ingenuity on the surface, then drive a safe distance away. The helicopter will have 30 martian days, or sols, to perform its experiments, including five planned test flights.

The first flight will be very modest, with the helicopter rising just 10 feet, flying about three feet horizontally, then landing where it started. If everything goes well, subsequent flights will last longer, with the fifth one continuing for up to 90 seconds.

“We see this as a pathfinder that will pave the way for future missions,” Aung said. “It will be the basis for building much larger vehicles capable of much longer flights.”

The mission’s descent vehicle is equipped with terrain-relative navigation, a new system that will allow it to spot and avoid hazards when it’s time to land.

During the descent, Perseverance will take pictures of the Martian surface and compare them to images stored in its onboard computer. If it recognizes a dangerous spot, it can steer away.

This technology will allow the rover to land at NASA’s most high-risk site yet, an area about the size of Lake Tahoe that’s littered with potential threats like rocks, dunes and cliffs.

Lake environments are a promising place to look for signs of past life, Stack Morgan said. They likely held standing water for thousands, if not hundreds of thousands, of years — long enough to give life plenty of opportunity to establish itself.

And because they are relatively calm and peaceful environments, they allow sediments to settle gently on the bottom, creating well-preserved sequences of rock and, potentially, organic matter.

“Every lake we have on Earth is inhabited, just dripping with life,” she said. “We are going there with the expectation that if life was on

The primary mission will last one Martian year — just under two years on Earth — with a budget of $300 million. If the past is any guide, however, the rover will keep working long after that. (Curiosity has been roving for more than six years beyond its initial 23-month mission.)

If Perseverance succeeds, it will be due in part to the accomplishments of JPL’s four previous rovers that have roamed the red planet since 1997.

These include Sojourner, which proved that driving a robot on another planet is indeed possible; the twins Spirit and Opportunity, which discovered evidence that Mars was once flooded with water; and Curiosity, which found that the red planet once harbored the building blocks of life.

With Perseverance, scientists hope to finally show that life on Mars did in fact exist. 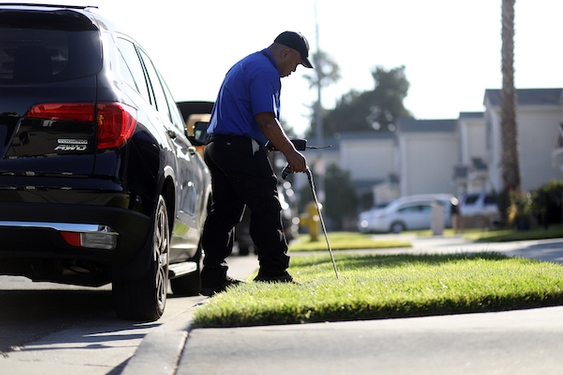 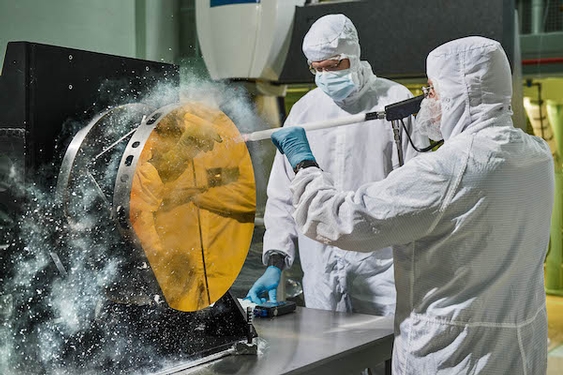 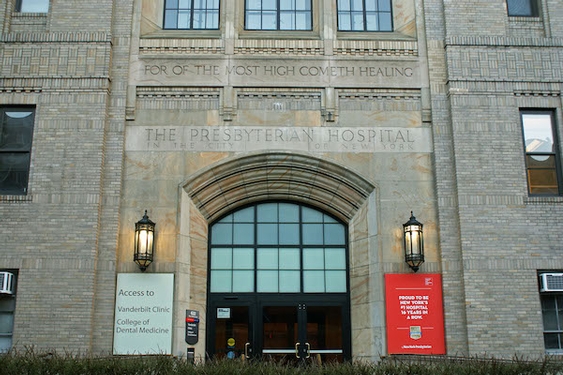 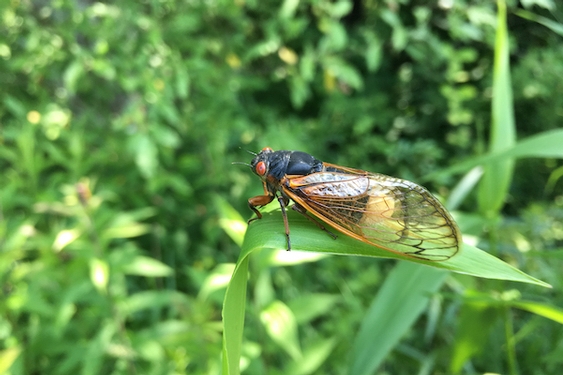 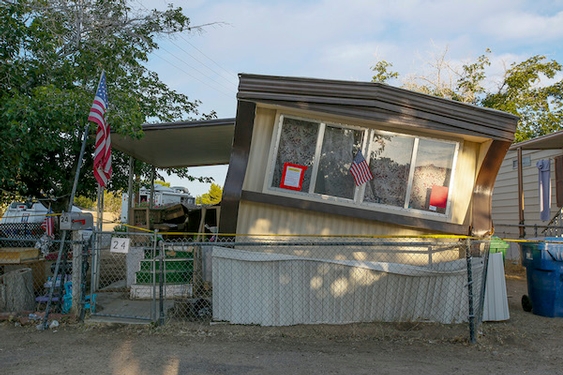 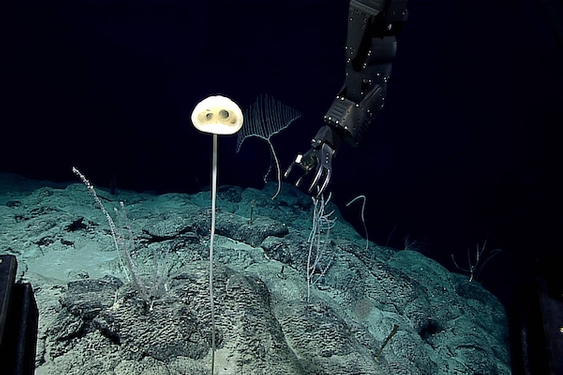