LAPD promised to curb violence on protesters for 2 decades, but has yet to deliver 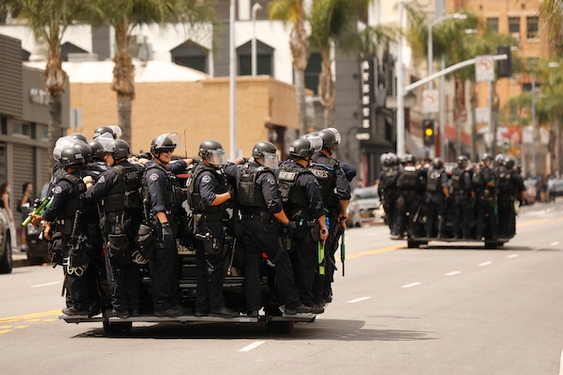 After Los Angeles police officers stormed through a protest in MacArthur Park in 2007, beating protesters and journalists with batons and shooting them with tactical weapons, the department issued an unusual mea culpa as part of a report filled with reforms.

“Many may speculate that this report will be put on a shelf with the others that came before it, and that life in the Department will go on unchanged and unaffected, eventually leading to another similar incident,” LAPD officials wrote to the Police Commission. “The intention is the opposite. The Department acknowledges that identifying lessons learned is but the first step in bringing about change; what is key, is that the resulting changes be institutionalized.”

It hasn’t worked out that way.

Numerous instances of officers using similar weapons and force during protests over the police killing of George Floyd have sparked new criticism, as well as questions about why earlier efforts at reform did not seem to take.

The MacArthur Park melee cost the city more than $30 million in legal judgments. And as attorneys for Floyd protesters pursue their own litigation, they are zeroing in on promises made after the 2007 incident and prior violence during the 2000 Democratic National Convention in Los Angeles to argue that the LAPD isn’t learning from its mistakes.

The protesters contend that the latest offenses were not simply the actions of rogue officers, but of top officials who had been put on notice that the tactics they deployed were unacceptable. The LAPD has been rebuked for the same tactics so many times before, the litigants argue, that their continued use “indicates an intentional refusal to preserve the constitutional rights” of protesters. They are now pushing for a court order that would go even further in restricting the LAPD’s use of batons and tactical guns on protesters.

“It’s just sort of literally stunning — it’s numbing — that we’d be back here again,” said Carol Sobel, an attorney who has been involved in every major protest lawsuit against the LAPD in recent decades and is now among those suing the department once more, as part of a new class-action lawsuit led by Black Lives Matter-Los Angeles and other activist groups.

According to LAPD Chief Michel Moore, the department is reviewing its response to the protests in detail, and actions of the command staff and of individual officers on skirmish lines are being scrutinized.

While there may be instances in which individual officers or commanders did the wrong thing or misused weapons, Moore said, the LAPD has made great strides in recent decades in how it interacts with large crowds. And he does not believe there was a decision made during the recent protests, by him or any of his commanders, to deliberately flaunt previous court settlements on crowd control measures.

“I’m not aware of anyone, any of my actions or any actions within the organization, where someone said, ‘Those are the rules, and we’re not going to follow them,’” Moore said. “That person would be relieved of their position immediately. There is no space for some extraordinary use of some tactic.”

There is evidence, however, that officers breached the brokered deals of the past.

A Los Angeles Times review of the LAPD’s response to the city’s recent protests found officers probably violated policies for the use of batons and projectiles, including some that were first set out in past settlement agreements.

Nearly 20 years ago, on Aug. 14, 2000, the LAPD declared a protest gathering downtown outside the Democratic National Convention unlawful and gave some 8,000 people 15 minutes to leave the area. After many did not, and some allegedly started destroying property, officers fired more than 200 projectile rounds.

The city was sued on multiple fronts, including by one woman who was shot in the eye, losing vision in it, and others who said they were injured after being given too little time to clear the area. By 2004, payouts in the case had surpassed $4 million. And in 2005, the city agreed to change the LAPD’s crowd control policies and limit the use of projectiles to “aggressive and/or combative” individuals.

While the city vowed additional reforms after MacArthur Park, activists and civil rights attorneys were unimpressed, sued and won — securing more than $30 million for those injured in the park, and also a four-year order from a U.S. District Court judge outlining new tactical restrictions.

The order said batons “should not be used against members of the crowd attempting to disperse, persons unable to move because of the press of the crowd, or persons otherwise posing no imminent threat to the officers or other persons.”

It said projectiles “should not be used on a lawfully dispersing crowd or individual” or “against a person or a crowd that is retreating,” unless they continued to present a threat.

It also said that, whenever a gathering is declared unlawful, an announcement must be made loudly enough so that everyone in the crowd can hear it, and that protesters must be provided “an objectively reasonable period of time to disperse and a clear and safe route to disperse.”

Then, in November 2011, nearly 300 Occupy L.A. protesters were arrested after LAPD officials declared their gathering on the City Hall lawn unlawful. Protesters did not allege the same kinds of brutality that occurred in MacArthur Park, but sued nonetheless, alleging their handcuffs were too tight, that they were refused access to water and bathroom facilities and that they were told to urinate on themselves while being detained for hours.

More recently — on the day after Floyd was killed in Minneapolis in May — L.A. agreed to pay $750,000 to settle a class-action lawsuit brought by protesters who alleged they had been unlawfully arrested, without a proper dispersal order, during protests in 2014 over the police killing of Michael Brown in Ferguson, Mo.

How the latest case will be resolved is unclear, but the size of the potential class — which Sobel says could include 4,000 people — could mean a massive taxpayer-funded payout if the protesters prevail. The case dwarfs previous ones by alleging abuses over six nights, when several thousand arrests occurred.

“This is certainly the biggest case ever in L.A. history,” Sobel said.

Alex Comisar, a spokesman for Mayor Eric Garcetti, said in a statement that “the LAPD do heroic work to keep Angelenos safe every day.”

At the same time, “everyone must be held accountable for their actions,” he said, and the LAPD inspector general will ensure “thorough investigations into any wrongdoing that might have occurred during recent demonstrations.”

City Attorney Mike Feuer’s office did not respond to a request for comment.

Michael Avery, board president of the National Police Accountability Project, a consortium of 600 attorneys who handle civil rights cases across the country, said the history of settlements over similar LAPD tactics helps the protesters’ case.

“If people on the ground are allowed to deviate from previous court orders, what that says to me is that there is a serious problem in command and supervision in the department,” Avery said. “If they are seeing people out in a command posture in these sorts of situations who don’t know the rules or who aren’t committed to the rules, that’s an indictment of the department — not a defense.”

Jin Hee Lee, senior deputy director of litigation for the NAACP Legal Defense Fund, said years of legislative statutes and rulings by judges across the country have made it difficult to hold police departments accountable. Often when problems arise, officials blame individual “bad apples,” who they then deal with through internal administrative remedies that provide little accountability and foster no real change.

However, when litigants can show that the problems at issue are known and systemic — that is, that they are the responsibility of police commanders and elected officials, not just individual officers — they can win lasting reforms.

In that way, she said, the past in the current L.A. case is “deeply relevant.” 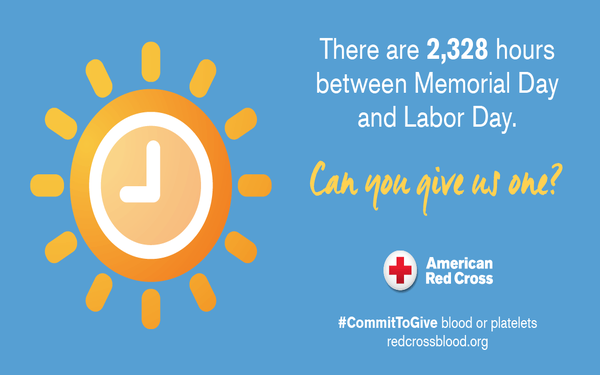