29 shows about family you should stream this Thanksgiving 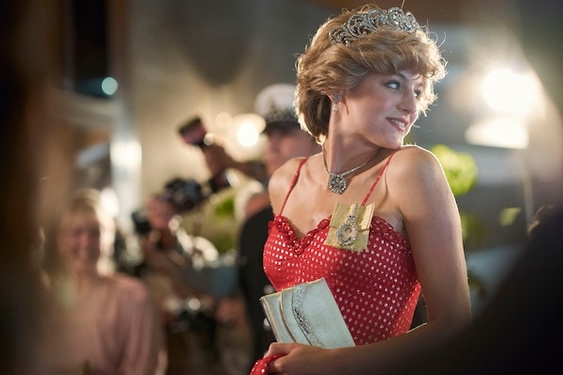 We often look to television for good and bad examples of family values.

Sometimes we seem to escape the real world for idyllic settings within the small screen, though plenty of shows remind us we have it good compared to other fictitious units.

There are so many shows that depict the American family experience, both wholesomely and, uh, not so much. Whether they make us laugh or cry (or scream), they give us good reason to put on our PJs, park it on the couch and spend hours upon end binging one episode after the other.

Check out these shows all about family you can stream during the holidays.

You do not want to spend the holidays with the Bluths, the formerly wealthy dysfunctional family this hilarious series chronicles, but you will not want to miss out on the cast: Jason Bateman, Portia de Rossi, Will Arnett, Michael Cera, Alia Shawkat, Tony Hale, David Cross, Jessica Walter and Jeffrey Tambor — all hilarious.

A family that cooks meth together stays together, right? No! That’s not right. Not in the least. And it basically tears Walter and Skyler White’s family apart in all the worst ways, as you might expect a secret meth empire might do. Regardless, Vince Gilligan’s outstanding series about a terminally ill chemistry teacher who moonlights as a drug dealer to support his family remains on Netflix if you feel like revisiting. If you’ve never seen it, I’m jealous. And yes, there are some awkward family dinner table moments throughout.

Care to spend Thanksgiving with the Royal Family? Binge this popular Netflix series spanning the reign of Queen Elizabeth II. As a recap, the first season covers the period from Elizabeth’s marriage to Philip to the disintegration of her sister Princess Margaret’s engagement to Group Captain Peter Townsend in 1955; the second season covers the period from the Suez Crisis in 1956 to the retirement of Prime Minister Harold Macmillan in 1963 and the birth of Prince Edward in 1964; the third season spans the period between 1964 and 1977, including Harold Wilson’s two periods as prime minister; the fourth season spans 1977-1990 and includes Margaret Thatcher’s tenure as prime minister and Lady Diana Spencer’s marriage to Prince Charles.

Four friends in a small coastal town help each other cope with adolescence. Kevin Williamson’s popular teen drama series is less about the kids’ respective households and more about the bonds they form together to create their own family of sorts. Stars James Van Der Beek, Katie Holmes, Joshua Jackson and Michelle Williams.

F is for Family

In case you’ve worn out your DVD sets from past holidays, Amy Sherman-Palladino’s series centering around the relationship between a single mother and her teen daughter living in small-town Connecticut is streaming so you can watch (and cry) together for the 50th time. Stars Lauren Graham, Alexis Bledel, Scott Patterson and Melissa McCarthy.

One Day at a Time

A financial advisor drags his family from Chicago to the Missouri Ozarks, where he must launder money to appease a drug boss. OK, not the most wholesome holiday content, but be honest, you were planning to catch up on it now that you have the time off work. Takes a while to get going, but once it does, hang on.

The absolute rage these days, Dan and Eugene Levy’s sitcom just swept the Emmys, so now’s the time to get in on the fun if you haven’t already. When rich video-store magnate and his family suddenly find themselves broke, they are forced to leave their pampered lives to regroup in Schitt’s Creek. Also stars the wonderful Catherine O’Hara.

A minister and his wife deal with the drama of having seven children, ranging from toddlers to adults with families of their own. Given what happened with one cast member in real life, feelings on this good-natured show have complicated, but many have positive memories, mainly thanks to the message it preaches.

A family man struggles to gain a sense of cultural identity while raising his kids in a predominantly white, upper-middle-class neighborhood in this Kenya Barris-created sitcom and ABC staple starring Anthony Anderson and Tracee Ellis Ross. Its spinoff shows “Mixed-ish” and “Grown-ish” are also available on Hulu.

Bob Belcher, along with his wife and 3 children, try to run their last hope of holding the family together, which is running Bob’s dream restaurant. This beloved animated comedy airs during Fox’s Sunday night “Animation Domination” block, alongside its predecessor “The Simpsons.”

Here’s a story of a lovely lady...OK, we’ll save you the rest, but you know the drill with this classic sitcom about the misadventures of a large family united when a widower and a widow marry.

Chris Rock co-created and narrated this autobiographical show about a young African-American teen who attempts to survive with his dysfunctional family and his all-white school in the 1980s.

Seth MacFarlane’s hit series about a wacky Rhode Island town and a dysfunctional family strive to cope with everyday life as they are thrown from one crazy scenario to another. MacFarlane’s “American Dad” is also available on Hulu.

The Winslow family’s daily misadventures, many of them caused by their pesky next-door neighbor, ultra-nerd Steve Urkel. That theme music probably sounds like church by now.

Fresh Off the Boat

A Taiwanese family makes their way in America during the 1990s in Nahnatchka Khan’s acclaimed series starring Randall Park and Constance Wu.

One of the greatest television shows that ever aired, this series (based on the 1990 nonfiction book by H. G. Bissinger) takes place in Dillon, is a small, close-knit community in rural Texas where high school football head coach Eric Taylor ( Kyle Chandler) and his his wife Tami ( Connie Britton) guide young people along as the show addresses many issues facing contemporary American culture, including family values, school funding, racism, drugs, abortion and lack of economic opportunities. Wonderful writing and performances, and the football action ain’t bad either.

A widowed broadcaster raises his three daughters with assistance from his rock star brother-in-law and madcap best friend. A staple for so many ‘90s kids. And don’t forget its revival series “Fuller House” on Netflix.

Five egomaniacal friends are the proprietors of an Irish pub in Philadelphia, forming a family looking to cause as much meaningless chaos as possible. This one has its own Thanksgiving episode for the ages.

Malcolm in the Middle

The Simpsons (also on Disney+)

The gold standard of television shows, let alone animated series, this classic follows a working-class family in the misfit city of Springfield. Homer, Marge, Bart, Lisa and Maggie (and the rest of the perfect ensemble) are still going strong. Seek out the Thanksgiving episodes (”Bart vs. Thanksgiving,” “Homer the Moe,” “Homer vs. Dignity” and “Thanksgiving of Horror.”)

Patrick Duffy and Suzanne Somers star as single parents, each with three children, who spontaneously marry during a Jamaican vacation, resulting in their becoming the heads of a large blended family. Part of that cherished TGIF lineup in the 1990s.

A heartwarming and emotional series about a unique set of triplets, their struggles and their parents. Break out the Kleenex, if you dare.

A grown man recalls growing up in America during the late 1960s and early ’70s, through the turbulent social times that created adversity for his and other families. Wonderful, mature coming-of-age tale starring Fred Savageas Kevin Arnold (and Daniel Stern as grown-up Kevin narrating). Gets heavy, but you’re better off for it.