6 winter cocktail recipes to snuggle up with 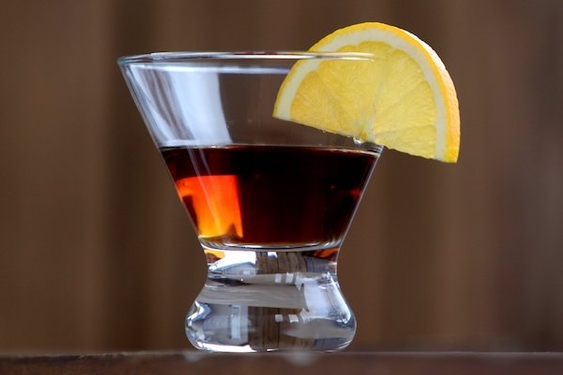 Winter is the time to try warming cocktails like this Jamaican Solstice. (Hillary Levin/St. Louis Post-Dispatch/TNS)

The popular image of stalwart St. Bernard dogs bravely carrying brandy to people stranded in the snow is, sadly, more a creation of cartoons than real life.

That is probably a good thing, actually. If you are truly freezing, alcohol will only make it worse.

But wintertime cocktails are a real thing. When the winds howl, when the snow stings your cheeks, there is nothing more welcoming and inviting than an elegant aperitif.

And you don't want something summery, like a gin and tonic or a margarita. When you're cold — or you're inside where it is warm but you can see a frosty landscape out the window — you want a drink with the flavors of winter.

I recently made a selection of cold-weather cocktails and, if I may risk seeming immodest, I found them all to be highly enjoyable. Of course, that may be because I had to sample all six of them.

Two of the drinks were similar in style, and both used a simple syrup that I gussied up for the season.

Typically, simple syrup boils together equal amounts of sugar and water. You get a sweet liquid that you can use in drinks in place of sugar, which does not dissolve well in cold drinks. I made that, but I added a cinnamon stick, a clove and the zest of an orange and a lemon. It all steeped together until the syrup took on the flavors that are so familiar in the coldest months.

I used this winter simple syrup to make what I call a Manhattan in Winter. When mixed in with bourbon and sweet vermouth, it softened the edges of an ordinary Manhattan. It gave it a rounder and fuller flavor, with a subtle overtone of spice.

Then I took the same formula and created what I am tentatively calling a Jamaican Solstice.

The base this time is dark rum — think Myers's or a similar brand instead of a gold rum (that comes later). Grand Marnier gives it a rich orange taste, which is then accentuated by the citrus zest, cinnamon and clove of the winter simple syrup.

If you like rum, you're going to love it.

I can't claim credit for the third winter cocktail, even though I created it. I am certain it has been made thousands of times before, and probably nearly always with the same name: Peppermint Pattie.

I was inspired by the popular candy that made York, Pennsylvania, famous — dark chocolate encasing a creamy peppermint filling. I decided to give the flavors an alcoholic twist by combining Godiva chocolate liqueur with peppermint schnapps. A two-to-one ratio (two parts chocolate, one part peppermint) was perfect.

The drink is deep and rich and glorious, but it isn't really a cocktail. It is more of an after-dinner drink, a dessert. And with just 20% alcohol by volume, it is too weak to be considered a proper cocktail.

So I added some vodka to make it more boozy, but that only diluted the silky, luxuriant texture of the lower-alcohol drink. Still, it had more of a kick, and it wasn't bad. It just wasn't as good as the original.

My next wintery cocktail, which was created by a national distillery, is one of those ideas that are so simple you wonder why you didn't think of it first. Apples bring out the best in bourbon, so why not make a drink out of bourbon and sparkling apple cider?

It's called a Bourbon and Cider, and that is what it is made from, along with a lot of crushed ice. For a garnish, simply add a slice of apple with a sprinkling of cinnamon on it. Cinnamon, needless to say, also goes well with bourbon, and also apples.

The recipe for the Merry Maple Sour that I made next also comes from a national distillery. They're always thinking of innovative ways to use their products.

This one begins with the idea of a sour, like a whiskey sour or a pisco sour, and uses gold rum as the main ingredient.

It is a sour, so it is shaken with fresh lemon juice, but the sweet third ingredient may be a surprise. It is maple syrup.

The syrup adds some lovely low notes to the cocktail, but they are subtle. This is a sweet-and-sour drink that favors the sour at least as much as the sweet.

My final cocktail is meant for a celebration. It is a Cognac French 75, a wintery variation on the classic French 75.

The original French 75, which was named for a particularly lethal field gun in World War I, is a gin drink. But gin is a summertime spirit, especially when used in such a lighthearted cocktail as this.

To make it appropriate for this time of year, simply replace the gin with a warmer and more robust cognac. To that, you add fresh lemon juice and simple syrup — I used the winter simple syrup because I had it on hand, but the drink would be equally good with the unflavored variety.

And then, of course, comes the champagne. You pour champagne over the other ingredients to create an effervescent drink that is serious (the cognac) yet frothy (the champagne) at the same time.

Champagne is universal. It should be enjoyed in the winter as well as the summer. It is delightful anytime.

2 ounces chocolate liqueur, such as Godiva

Combine chocolate liqueur and peppermint schnapps. Optional vodka gives the drink more of a kick but dilutes the flavor and mouthfeel. Serve in a martini glass.

Recipe by Daniel Neman and probably lots of other people

Add bourbon and apple cider to a highball glass filled with crushed ice and stir. Garnish with a cinnamon apple slice.

Combine rum, winter simple syrup and Grand Marnier in a glass. Add ice if desired. Garnish with a slice of orange.

Combine rum, lemon juice and maple syrup in a cocktail shaker with ice. Shake vigorously until cold. Strain into a glass, garnish with lemon twist.

Adapted from a recipe by Mount Gay rum, via townandcountry.com

Pour bourbon, winter syrup and vermouth over ice in a rocks glass, and add cherry.

3 ounces sparkling wine, such as champagne

Recipe by Jonathan Evans, via Esquire 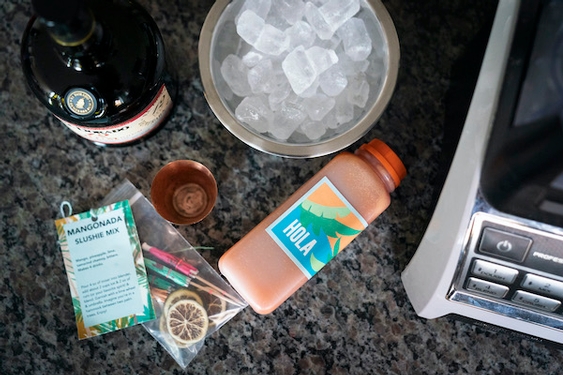 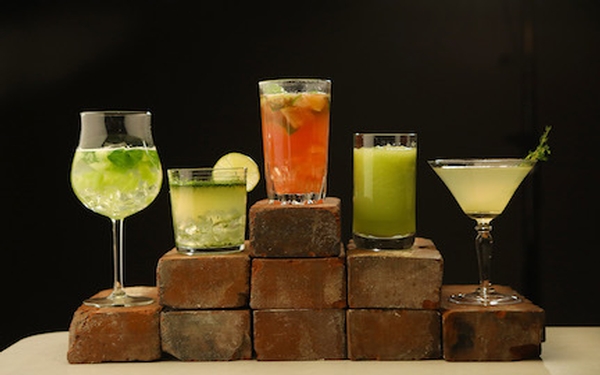 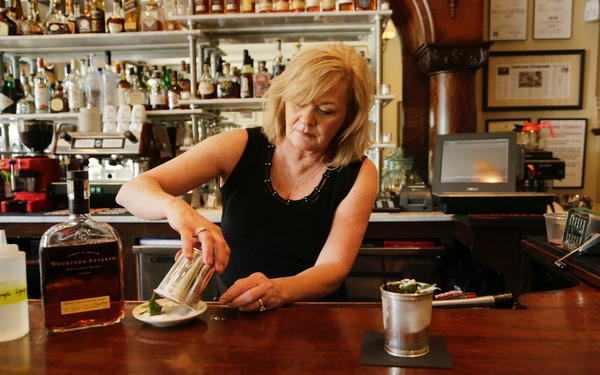