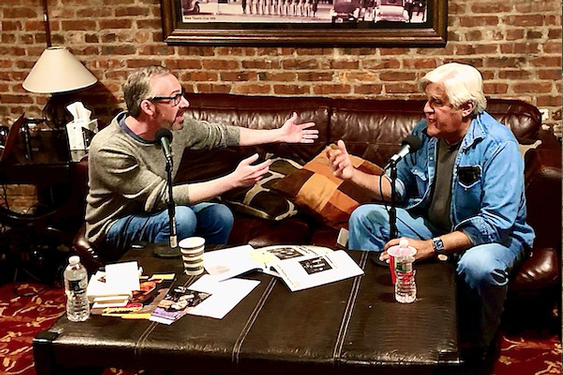 USC alumnus, Dan Pasternack  has a new SiriusXM radio show, Obsessive Comedy Disorder (OCD): Boomers The Story of the '80s Comedy Boom and Bust.  OCD is both hosted and produced by Dan and chronicles the period when stand up skyrocketed in popularity.   His series dives deep into the minds of some of the '80s biggest comedy greats through interviews as well as humorous storytelling, including luminaries such as Jay Leno, Paul Provenza, Gilbert Gottfried, Judy Tenuta, Bob Saget (filthy & funny), Keenen Ivory Wayans, Paul Reiser, Robert Klein, Elayne Boosler, as well as another very famous USC Filmic Writing student, Judd Apatow.

In addition to being an all around funny & great guy, Dan and Campus Circle founder, Joy Calisoff, are friends as both attended USC Cinema School's Filmic Writing Program  together.   Dan, a very seasoned storyteller, has been working in the business for more than 30 years. During that time, he has worn many hats: a stand up comedian, producer (on shows that include Portlandia) & ran development at IFC (Comedy Bang! Bang!). He even teaches a TV & digital development class at NYU's Tisch School of the Arts. In the course of his lengthy career, he has made many friendships in show business.  This is a key element to what makes OCD so great since he is able to connect intimately with his guests during these interviews.

It's a terrific listen for anyone who appreciates great comedy as well as the personalities of those who create it.  If you don't already subscribe to SiriusXM Radio, you can sign up for a free 3 month trial membership at http://siriusxm.us/OCDBoom.