Matthew Stafford #9 of the Detroit Lions celebrates a touchdown during the fourth quarter of the game against the Minnesota Vikings at Ford Field on January 3, 2021 in Detroit, Michigan.

His team backed up against its one-yard line, Matthew Stafford lined up in a shotgun formation, calmly surveyed the defense and called out the snap count.

Taking the snap, the quarterback rolled right and looked off a receiver, imploring others in the spread offense to go long. He took a few more steps and then came to a stop and waited several beats.

Then the sixth-grader cocked his right arm and delivered a perfectly thrown 60-yard pass to a waiting teammate in the opposite end zone.

"I remember all the dads on the sideline just being like, 'Holy …," said John Dickenson, among the defenders on the play.

In January, two weeks after losing to the Green Bay Packers in an NFC divisional-round playoff game, the Rams acquired the long-since fully grown Stafford from the Detroit Lions in a blockbuster trade for quarterback Jared Goff and two first-round draft picks.

Stafford, who is expected to speak with reporters this week after the deal becomes official Wednesday, was the No. 1 pick in the 2009 NFL draft. The 33-year-old is regarded as one of the league's top passers, especially when under pressure. In 12 seasons Stafford led the Lions to three postseason appearances and engineered more than 30 comebacks and game-winning drives, according to profootballreference.com.

But Stafford has never won an NFL playoff game, a streak the Rams expect to end this season when he directs an offense orchestrated by coach Sean McVay. The Rams are banking that Stafford can lead them to a Super Bowl victory as soon as February in SoFi Stadium.

Those also are the expectations of players Stafford grew up with and the coaches he played for in Highland Park, Texas. There is absolutely no doubt in their minds that Stafford can carry a team to a championship.

They've seen him do it.

Randy Allen was already a successful Texas high school football coach when he arrived at Highland Park High in 1999.

When Allen moved into the Dallas enclave, he said, he heard about a middle school quarterback who could throw a football 70 yards. One day, the boy who lived next door was playing basketball with a friend in his front yard. The friend was Stafford.

After playing basketball, the boys moved to the street and began tossing the football.

"He could throw it a mile," Allen said.

In Highland Park, one of the most affluent cities in Texas, several elementary schools fed into a middle school that fed into one high school. Allen envisioned Stafford one day starting for the varsity and competing for a state title, an achievement that had not been reached since 1957.

"I went down to eighth grade, got him out of class and talked to him, and asked him what his goals were," Allen said. "And he said, 'I want to win a state championship and play college football,' and all that.

"When Matthew threw that ball, it just whistled by you," Farnsley said. "It's just different."

The Dickenson twins could attest to that. They were slot receivers in high school, and they readied for Stafford's passes in practice by catching footballs fired by a pitching machine.

"We notched those up to like 70 miles per hour just to get prepared for Matthew's bullets," John Dickenson said. "I think we all went through four or five pairs of gloves a season."

Stafford led the freshman team to an undefeated season and then played a few snaps in a varsity playoff game, but his national coming-out party came in a playoff game during his sophomore season.

"It was pretty obvious that day," Allen said. "He had a great future in front on him."

That Stafford would become the top quarterback prospect in the national college recruiting class of 2006 — and gain eventual stardom at Georgia and the NFL — surprised none of the Highland Park linemen who blocked for him his senior season.

Tackles Reid Prince and Chris Olson, guards James Miers and Alex Cole, center Paul Schaufele and swing lineman Seth Graham all have gone on to professional success in business, finance, law, and the Navy. Prince and Olson played at Baylor and Texas Tech, respectively. (Dodgers pitcher Clayton Kershaw was the starting center for the Highland Park freshman team in 2002, but gave up football after that season to focus on baseball).

"It was a pretty salty group," offensive coordinator Grayson Wells said. "They were really some of the smartest kids I've had. They just understood what we were doing."

Some of the linemen were kindergarten classmates with Stafford, who starred in soccer, baseball, basketball and football. All played with or against him in a YMCA football league in fourth through sixth grades before coming together in middle school.

"We all worked together for so long — it created a great bond," Schaufele said.

Said Olson: "For offensive linemen, it's all about working together, knowing what the person next to you is going to do and trusting one another — so that paid tremendous dividends for us the older we got."

Miers experienced the group's progression — and Stafford's — with each passing year.

"Matthew in fourth grade could throw the ball 30 yards downfield when most other teams were lucky to get a five-yard completion," he said.

Stafford advanced to hitting receivers in stride 50 to 60 yards down the field, whether he was standing in the pocket facing a blitz or rolling to his right or left.

"Every time we'd watch film after a game, coach Wells would be, 'Ya'll don't understand what special thing you have here,' " Prince said. '"You just need to give him enough time and he'll make this work and we'll take this all the way.' "

To reward linemen for their protection and to strengthen the team's bond, Stafford and other skill players treated them to dinner every week at El Fenix, a Mexican restaurant.

"We ate a ton of enchiladas that season," Olson said.

The linemen and their coaches remain in contact through group text and meet for breakfast once or twice a year. They talk about their lives and the good times they had sharing the field with each other and Stafford.

"There's nothing more fun," Prince said, "than to turn on the TV and still watch him play."

In Stafford's junior season, Highland Park advanced to the 4A Division I playoffs before losing in the first round to a Texas High team that featured future NFL quarterback Ryan Mallett.

"After losing, everybody had their eyes kind of on the prize," offensive lineman Seth Graham said. "The goal was: It's state or bust. It's not a good season unless we went to the state championship game and won."

Stafford sat out the first two games of his senior season because of an injury.

"When he came back, that was one of the deals with those guys," Wells said of the offensive linemen. "Those guys knew if they have a chance to [win a state title], they have to keep Matthew healthy."

The Scots went through the regular season unbeaten. Teammates were accustomed to Stafford's heroics — 50-yard touchdown passes thrown across his body, somersaults into the end zone after being hit on a scramble — but he elevated his play during their final playoff run.

In the first round against Texas High, they trailed at halftime but came back to avenge a defeat the previous season.

"Everyone knew he was in charge," Prince said of Stafford. "When he had the ball there was no doubt we were going to be able to drive down the field and score, so it was a matter of just giving him enough time."

The Scots won two more games before playing Stephenville in a semifinal that ranks among the most memorable high school playoff games in Texas history.

Stephenville, led by quarterback Jevan Snead, took a 38-34 lead in the fourth quarter. Stafford's career appeared ready to end when Stephenville intercepted a pass with about four minutes left.

But Highland Park intercepted a pass, giving Stafford another opportunity. With 37 seconds left, he fired a short game-winning touchdown pass.

The comeback carried over: Highland Park defeated Marshall, 59-0, in the most lopsided championship game in Texas high school football history.

"We were all thinking," Prince said, "'This is starting ground for Matthew. This was not the finish.'"

Going into the 2008 college football season, in Stafford's junior year, Georgia was ranked No. 1 in the media and coaches poll.

Goff, the No. 1 pick in the 2016 draft, led the Rams to the Super Bowl in 2018 before statistically regressing the last two seasons. McVay's loss of confidence in the quarterback became apparent late last season, and the opportunity to trade for Stafford was apparently too enticing.

Stafford's former Highland Park coaches and teammates, many of whom remain in contact with their former on-field leader, anticipate a productive pairing.

Allen, who has since guided Highland Park to three more state titles and has amassed more than 400 victories, said Stafford is perfectly positioned to lead the Rams.

"His confidence in being able to make that last-minute drive to win the game — that's going to separate him," he said.

There are good quarterbacks in the NFL, Farnsley noted, but not many like Stafford who can "put you on their back and carry you" to victory.

"I'll tell you this," he added. "I've seen Matthew do it. You can jump on his shoulders and ride."

John Dickenson saw it happen multiple times. He references the length-of-the-field touchdown pass that Stafford completed over his head in sixth grade. And the legacy he left at Highland Park High.

"This is what he's been gearing up for his entire his career," Dickenson said. "He's got a good chance to go win a Super Bowl, so we're all rooting him on." 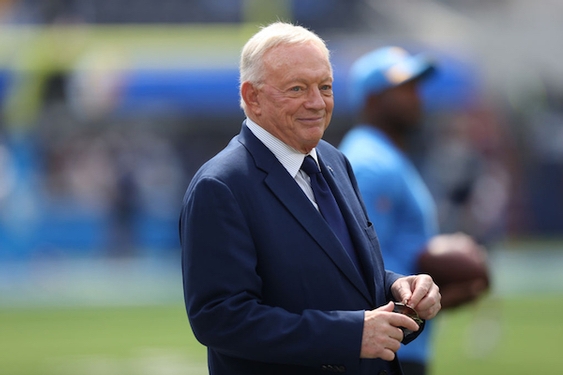