By Lou Bezjak - The State (TNS) 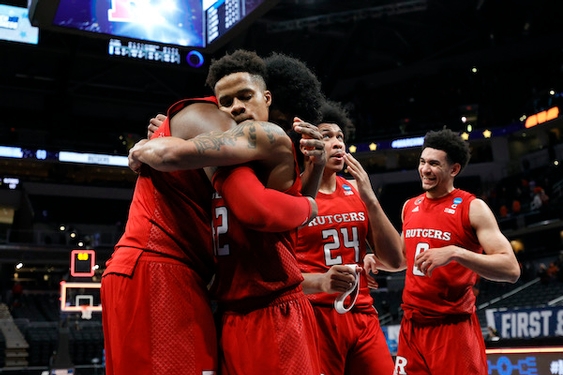 There will be no Sweet Sixteen run this time for the Clemson basketball team.

Rutgers ended a 38-year NCAA tournament drought with a 60-56 win over Clemson in the first round of the NCAA Tournament on Friday. The game played at Bankers Life Fieldhouse in Indianapolis.

No. 10 seed Rutgers will play No. 2 Houston in the second round on Sunday.

The win was Rutgers’ first NCAA Tournament victory since 1983 when it defeated Southwest Louisiana, 60-53. The Scarlet Knights hadn’t made it to the NCAA Tournament since 1991.

Clemson finishes this season at 16-8. It was Clemson’s first NCAA Tournament appearance since 2018. The Tigers made it to the Sweet Sixteen that year with wins over New Mexico State and Auburn.

Seniors Aamir Simms and Clyde Trapp, members of the 2018 team, led the way for Clemson on Friday. Trapp had 14 including 11 straight for the Tigers at one point as Clemson led 35-32 with 15:14 left.

Clemson battled back and got within 58-56 with less than a minute left. The Tigers turned the ball over on a Simms travel. Geo Baker sealed it with a layup with 10.8 seconds left.

Baker finished with 13 points and Jacob Young also had 13 for the Scarlet Knights. Young had two of Rutgers' six 3-pointers in the second half.