One and done: UNC falls to Wisconsin in first round of NCAA Tournament 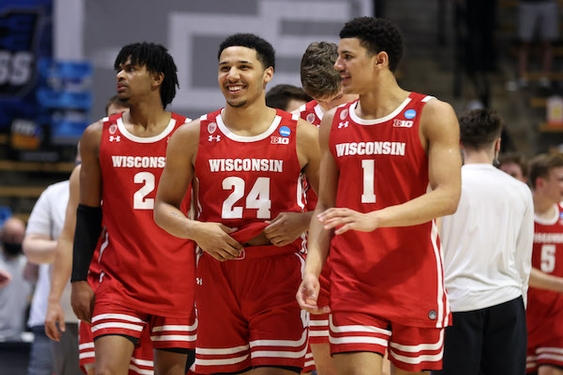 Wisconsin's Jordan Davis (24) and Jonathan Davis (1) celebrate Badgers' 85-62 win against North Carolina in the first round of the NCAA Tournament at Mackey Arena in West Lafayette, Indiana

Was it experience? Or 3-point shooting? Or maybe it was just too much Brad Davison. No matter the question, North Carolina had no answers for Wisconsin and was eliminated in the NCAA Tournament’s first round after an 85-62 loss in Mackey Arena on the campus of Purdue.

The Badgers (18-12) had six seniors in their rotation compared to the Tar Heels (18-11) playing six freshmen in theirs. It showed in how Carolina got away from its identity while Wisconsin stuck to its game plan.

It marked the first time ever that UNC coach Roy Williams lost a first-round game in 30 tries.

Wisconsin’s experience played out often in subtle moves. UNC’s Anthony Harris went for a steal that he didn’t get. Davison, realizing Harris was out of position, sidestepped behind the 3-point line and made a 3. He’d score the final eight points of the half, including a 3 with 33 seconds left on a fast break.

Davison’s 29 points left him one point shy of tying his career-high. The senior guard had five of Wisconsin’s 13 3-pointers and the Badgers shot 48 percent from behind the arc.

Carolina’s vaunted frontcourt fell short of expectations. The Heels managed just 12 offensive rebounds and 12 second-chance points. They looked nothing like the team that led the nation in offensive rebounding percentage, which had been a strength for them all season.

UNC forward Armando Bacot was a non-factor in the first half, to the extent that there’s little doubt from anyone watching that Williams resorted to calling him soft at halftime. It’s the one word that Bacot has said he hates hearing, but it’s the one word that seems to bring out his aggressive play.

Bacot scored 15 of the Tar Heels' first 19 points in the second half after going scoreless in the first. He’d finish with that total.

But for every dunk, jump hook or layup Bacot made, Wisconsin answered with a basket of its own and more often than not it was from 3-point range. The Badgers made six 3s in their first 10 baskets of the second half including Davison staying perfect on all three of his attempts after intermission.