How 2020 changed cooking for the better

How 2020 changed cooking for the better. (Dreamstime/TNS)

I remember the last thing I cooked before the shutdown last year. I had made my baking friend Edd Kimber’s Salted Black Cocoa Sablés, and as I served the cookies to a couple of friends I’d invited for dinner, one of my guests, commenting on the developing news, remarked, “I mean, I’m not even sure if we should be here right now, doing this.” We all murmured quietly in agreement and then anxiously grabbed a cookie. The next day, the shutdown was announced.

Prior to this day, by and large, cooking enthusiasts cooked more for pleasure than out of sheer obligation, while many others had to cook out of necessity, like parents, caregivers and those in multigenerational households where not cooking is not an option. But after that day, those of us who were able to enjoy leisurely cooking had to switch to cooking for survival. The new mission? Keep the pleasure going in something that now existed in a world temporarily devoid of it.

Suddenly, the audience for cooking magazines and newspaper sections like our own — primarily adventurous and experienced home cooks who enjoy perusing the gourmet aisle of grocery stores or leisurely strolling the paths of farmers markets — swelled with novice cooks who, because of the pandemic-induced shortages and fears of grocery shopping, were more heavily reliant on shelf- and freezer-stable ingredients. This new audience needed simply to feed themselves, period.

Across food media, brands had to recalibrate their focus and lean into recipes that required the minimum of skill. We were all in the same boat now. People who hated cooking or never cared much for it had to learn. After years of conversations with friends and associates in the food world about how we wished more people cared about cooking, our dream had come true, although not in the environment we’d hoped.

As a reaction to the pandemic and the new restrictions it placed on our routine lives, a can-do attitude flourished. Can’t go out for a latte? Make a simulation at home that also gives your arm exercise from lots of whisking. Can’t get a loaf of bread from the bakery? Take up sourdough bread and learn how to keep a starter alive. The patience for making complicated project-style recipes started to grow thanks to endless hours, days and weeks at home with nothing to do.

Now that dinner party fare was a thing of the past, my colleague Genevieve Ko and I at The Times focused on delivering short, simple, teaching-based recipes in our How to Boil Water series. We took turns developing a new recipe each weekday and hosting Instagram Live videos to show how to make the dishes in a sort of live-react cooking show format. Searing chicken breasts, roasting vegetables, making a pot of rice — these skills were now paramount to a whole new generation of formerly reluctant cooks.

But once summer hit, the killing of George Floyd and the racial fallout that followed changed the world. In food media, that cultural awakening spurred conversations about recipe appropriation and the need to showcase creators. We asked ourselves, “Who gets to tell certain food stories? Who gets to develop certain recipes?” The focus of recipe development shifted from ingredients and techniques to the makers — the rightful ones.

Black authors who had been overlooked or pigeonholed into developing only African or American Southern dishes were pushed into the spotlight, their recipes promoted with a fervor to right the wrongs of the previous century of food media treatment. Anyone who had been paying attention rightfully no longer accepted traditional Black, Asian or Latin recipes from a white developer. This sort of “recipe colonialism,” which had been de facto for decades among many media outlets — paying lip service to diverse content without actually employing diverse employees or crediting correct sources — now looked cringingly dated at best and outright racist at worst.

The new breadth of voices and dishes appearing in magazines, newspapers and online led to a more engaged audience that no longer simply wanted “basics” as presented through a white “American” lens but was eager for fundamental techniques and dishes from around the world that could teach them about different cultures too. The world of recipes and what audiences have the attention span and knowledge to absorb had been inextricably altered. Readers were more educated and wanted recipes from real authorities, the cooks and chefs with real experience and cultural ties to their food. Readers now saw a curry masquerading as a “stew” and were finally ready to engage in the long-needed conversation about no longer accepting those appropriations.

Once the holidays hit, the cooking conversation shifted once more, if only for the season. Nostalgia and the awareness of lost or separated loved ones made the outlook of holiday meals a bleak one. Some opted to cook smaller meals while others couldn’t handle the thought of a smaller meal and stuck doggedly to tradition, no matter the waste or leftovers it created. But I understood that predilection. When all you have is the ritual of cooking a holiday meal — arguably the seasonal task we look forward to the most — to get you through a looming stretch of bleak winter isolation, shouldn’t you be able to have your whole turkey and tray of stuffing if it helps you stay sane?

Now, a year after the pandemic started, many people are getting vaccinated — or will be by the end of May — and so the kind of convivial cooking we enjoyed before the pandemic is once again possible. I’m sure many people might rejoice at the thought of being able to go back to restaurants and will forgo cooking for months in celebratory protest. But I know many more who will relish getting to put their past year’s worth of new skills and cultural knowledge on display for small gatherings of friends and family.

I anticipate this swing back to entertaining — at least on a small scale — with people excited to finally eat a meal they didn’t make for themselves. The joy of cooking for others will return. But it will carry with it an awareness about sourcing and credit — where did those techniques really come from, who really created those dishes — allowing us, I hope, to appreciate their contributions with respect, reverence and learning.

Just as important, cooking will once again provide the backdrop to what really matters in life: seeing our family, catching up with friends and making memories that will sustain us through hard times of all kinds in the future. 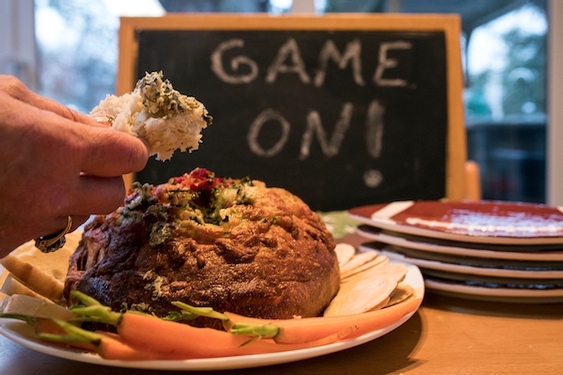 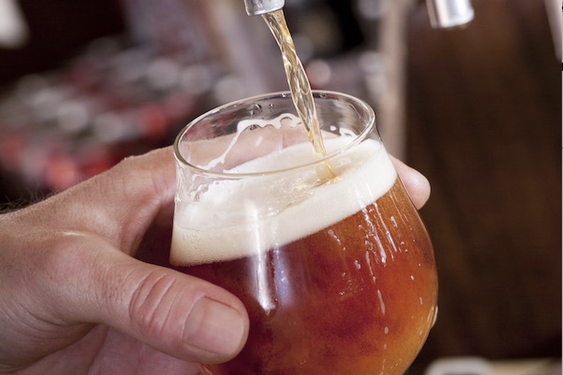 Special Features
The 15 best beers we drank this year
1,299 views

Special Features
We tried more than 25 alternative proteins. These were the best (and worst)
1,815 views

Special Features
One-pot wonders: These dishes offer all the flavor but without all the cleanup
701 views

Special Features
‘Cuban’ beer is being sold in Miami. Is it a communist invasion or clever capitalismo?
375 views

Special Features
What is cacio e pepe and how did it take over the world?
358 views

Special Features
The bubble tea breakdown: What to order, and a toppings explainer
404 views
bid=||