Architecture of the unsettled: Oscars’ best picture nominees reveal an America in transition

The first time you see Jacob and Monica’s house in “Minari,” it’s from the vantage point of a moving car. Images of bucolic landscape hugging a country lane give way to an open field. In the middle of that isolated field sits the couple’s future house, which is neither a brightly painted country farmhouse nor charming log cabin.

Instead, the camera settles on a wheezing, putty-colored mobile home. Its lack of skirt siding reveals the mechanism by which it was towed into place. “Look, wheels!” the kids helpfully exclaim as Monica, their mother, portrayed by Yeri Han, looks on in horror.

“This isn’t what you promised,” she says to her husband, Jacob, played by Steven Yeun.

Inside, she is greeted by visions of frayed wallpaper and wood paneling, with drop ceilings blanketed in industrial acoustic tile. It is less a home than basic shelter. And it’s a shelter that seems to grow more tenuous as the film proceeds: a heavy storm reveals many leaks as a newscaster appears on a staticky TV set to warn of possible tornadoes. Already vulnerable, the family is now dangerously exposed.

In a movie season turned upside down by COVID-19, it seems right on brand that the eight best picture nominees for this year’s Academy Awards all channel a feeling of the unsettled — in their narratives, but also in the architecture that they depict.

In these films, the aspirational, single family dwelling of the mid-20th century seems but a hazy dream. Instead, characters carve out their existence in the in-between spaces: vans, trailers, guest rooms and the ramshackle houses shared by activists fighting for a common cause. In the case of Lee Isaac Chung’s “Minari,” a tale of Korean immigrants trying to make a new life for themselves in rural Arkansas, that space is a 1970s era mobile home no one has quite gotten around to anchoring to the earth.

Indeed, bits and pieces of various eras of mobile homes were stitched together by the film’s production designer, Yong Ok Lee, to create the on-screen home.

Certainly, no movie articulates the theme of dislocation quite like “Nomadland,” the current front-runner for the best picture Oscar. Directed by Chloe Zhao and starring Frances McDormand as the headstrong Fern, “Nomadland” tells the story of a recent widow who finds herself adrift after a Nevada gypsum plant goes out of business — and takes the entire company town with it. To make ends meet, Fern hits the road as a 21st century migrant laborer, working at an Amazon warehouse, harvesting beets and tending to campground bathrooms.

The van that takes her from site to site is her conveyance; it is also her home — one she baptizes “Vanguard.” Like any home, Fern customizes it. Her husband’s old tackle box holds a set of dishes her father once gave her and a Santa light illuminates her as she sleeps, as if the vestiges of a more stable life were quietly observing her from the past.

The film, which was inspired by Jessica Bruder‘s 2017 nonfiction book, “Nomadland: Surviving America in the Twenty-First Century,” features real-life nomads among the cast. And it is as much a story of economic disenfranchisement as it is a meditation on the American myth of individuals seeking freedom on the road. As Fern tells her sister, who has offered her the guest room in her home: “I can’t live in this room. I can’t sleep in this bed. Thank you, but I can’t.”

Her life has another architecture.

“Sound of Metal” likewise features itinerant protagonists whose lives are entirely contained within the frame of a vehicle — in this case, an idiosyncratic Airstream motor home.

Ruben and Lou — played by Riz Ahmed and Olivia Cooke — are rock musicians whose entire domestic world fits neatly between the white lines of a parking space. Like Fern‘s van, their RV is fully customized, complete with sound recording equipment — a rolling home and studio they carry with them not on their backs, but under their feet. (It’s an environment that was meticulously imagined down to the last band sticker by production designer Jeremy Woodward.)

Like Fern, Ruben and Lou live a fragile existence. A precipitous case of hearing loss and the demons of addiction sideline Ruben from drumming, the art that gives him his purpose. And Lou, facing her own emotional struggles, leaves him to return to her family in Paris (played by Antwerp in the movie). As Ruben struggles to reclaim some semblance of his former life, he begins to strip down the trailer he has lovingly built, selling off its various components in search of a cure for his faltering hearing and his emotional losses.

Soon, the world he had carefully constructed is stripped down to a shell — one that a stranger casually drives off with.

Other films feature more traditional archetypes of the domestic, but these settings nonetheless have an air of the improvised.

Aaron Sorkin’s “The Trial of the Chicago 7" and Shaka King’s “Judas and the Black Messiah” take place primarily in the public and civic realms, including streets, parks, assembly rooms and courts. Activists share tumbledown houses, and a single piece of architecture can serve multiple functions: a townhouse is as much a house as an activist center; a storefront with peeling paint does double duty as a school.

Particularly cinematic is a scene from “Judas” in which Fred Hampton Jr. (played by Daniel Kaluuya), chairman of the Illinois chapter of the Black Panther Party, takes a meeting with a rival group called the Crowns in a crumbling Gothic church. (North Presbyterian Church in Cleveland — a structure that dates to the 1880s — served as the location.) The scene has a grandeur worthy of a session of the Roman senate.

Much of “Judas” takes place in the public realm, but private space ultimately becomes part of a public battleground for Black self-determination: Hampton is murdered by police in the apartment he shares with other Black Panther members. His home is not truly his own.

A defining feature of this year’s best picture nominees is an architecture seen from the point of view of characters to whom it does not belong.

Henry Mankiewicz, the cantankerous, heavy-drinking screenwriter at the heart of David Fincher’s “Mank,” played by Gary Oldman, is shuttled off by to a ranch in the high desert to work on “Citizen Kane.” The adobe farmhouse where he stays is lovely and redolent of California history — filmed in moody black and white at the Kemper Campbell Ranch outside of Victorville, where the real Mankiewicz worked on the script. (Among the film’s 10 Oscar nods, Donald Graham Burt was nominated for production design.)

But Mank, in many ways, is a prisoner of this space. He is not only the victim of a car accident that has left him immobilized with a broken leg, he is the victim of his own worst tendencies. At a time he should be enjoying great professional success, nothing except his pithy observations belong to him.

The same could be said of Cassandra Thomas, the vigilante heroine (played by Carey Mulligan) at the heart of Emerald Fennell’s “Promising Young Woman,” another character who seems adrift in a foreign space. She lives with her parents in a single family home that is veritable mausoleum of styles both cloying and out of date: ‘70s-era textured glass cabinets and shiny Louis XIV couches mingle with pink carpet and Lladró figurines. It is a space that Cassandra inhabits, but of which she is not truly a part. Her arenas are the raucous hookup spots where she seeks predatory men upon which to mete out her own brand of justice.

Architecture — particularly the architecture of the home — can provide a character with an anchor. But in Florian Zeller’s “The Father,” which features production design by Peter Francis (who received and Oscar nod for his work), architecture is used to destabilize.

Anthony, played by Anthony Hopkins, is an 80-year-old man whose memory is beginning to falter. Is the well-to-do London flat he inhabits his? Or does it belong to his daughter and her dyspeptic partner? Or is it the memory care facility where he has been interned?

The action takes place over a series of sets, all which evoke each other in layout and in form: a warren of rooms clustered around a hallway that become scrambled in the protagonist’s mind. “The apartment metamorphoses throughout the film, so in a way we’re going to new places,” Zeller told The Times of the design concept. “I wanted to be as subtle as possible, just to create something uncomfortable without being too obvious.”

For fleeting moments, Hopkins’ character seems to inhabit spaces he controls; but in so many others, that control slips from his grasp.

In our pandemic year, when we have been collectively estranged from the familiar, it’s a resonant view. We think we build on firm ground. It turns out our foundations are shakier than we assumed.

(Carolina A. Miranda is a Los Angeles Times columnist covering culture, with a focus on art and architecture.)

Special Features
Gambling Movies That Are Worth Watching
339 views 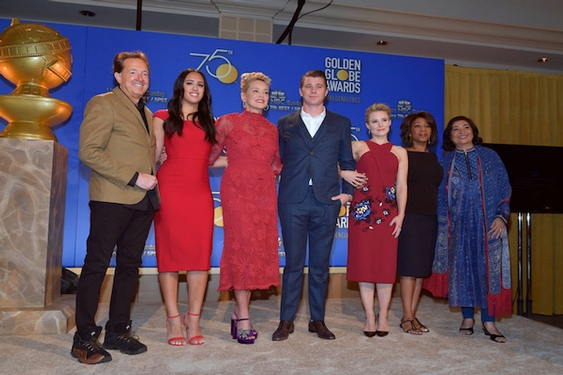