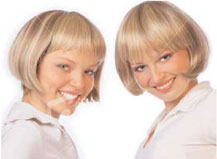 One of the major lessons of college life is learning to live with others.

At home you were a veritable feudal lord; sucking the sweet teet (monetary and

otherwise) of your parents’ labor, contributing nothing other than the simple glory of

Neither mommy nor daddy is around to praise

diaper like it was the Stanley Cup. The endless

rolls of quilted-quadruple-ply have wilted to a

that single ply, you are all alone.

Now, above you, under you, or maybe a few coarsely carpeted

feet from you and your musty, ambiguously stained mattress is

a total stranger, an unknown quantity of uncertain value. This

opening stages of your bold scramble towards adulthood. This

stranger will know the rhythmic pattern of your snoring, gauge

the frequency with which you do your laundry, and see you

naked; a witness to your million idiosyncrasies, a personal

anthropological profiler, in a word – a roommate.

Of course, there is the chance that your roommate will become

your best friend, the two of you can go skipping, hold hands and

giggle around campus in the golden light of dusk; the long

shadows spelling out ‘BFF’ on the grass. But it’s far more likely that

sharing your living space with the one picked by bureaucratic

decree will be something less than ideal.

It is with this harsh knowledge in mind that Campus Circle

presents a partial guide to roommate types; not so much to solve the various

tiffs, squabbles and crises that arise from living with a stranger, but as a source of

commiseration – just so that you know; you’re not alone.

The clothes you wear, the music you listen to, your haircut, the way

you speak; the Doppelganger is an eerily quick study of all things you. At first, this can be enormously gratifying to your ego, after all, you’re cool and hip and worthy of worship. Right?

But what seems like a harmless and flattering hetero-crush can quickly move into more frightening obsessive-weirdo territory. How will the Doppelganger take to your significant other, or react when you distance yourself socially? Next thing you know, you wake up at 5 a.m. and the Doppelganger is staring at you wide eyed and naked, save for a pair of your shoes he/she had complemented you on earlier in the day. Awkward.

The Puritan can be a workable roommate as long as a silence pact can be enforced regarding the three subjects: substance abuse, sex and religion. The Puritan smugly knows him or herself to be better than you because of a total ignorance of the first two, and a supreme mastery of the third.

Any time you return from a night of chugging, groping or any other typical collegiate shenanigans, you can expect the Puritan to still be up. Greeting you with a scowl and a pamphlet, he or she will profess why evolution is wrong, why sinners are going to hell, or why the series finale of “Friends” was a sign of the apocalypse (something to do with Ross’ eyebrows).

If you can deal with the scorn, the Puritan roommate is not entirely bereft of advantage. If there’s a bible study in your room, there are sure to be cookies and soda (decaffeinated of course). Perhaps the best thing about Puritans is that they keep their rooms as immaculate as the conception – that whole cleanliness equals godliness connection. If you’re lucky enough, you’ll have a spiritual confidante and a maid.

When some young men enter college, they take their new found freedom as reason to rebel against every arbitrary limitation placed on their former lives by overbearing parents, reacting to a subconscious cataloguing of slights dating back to their toddler years. In a fit of Freudian emotional displacement, the recipient of the Sloth’s passive aggressive wrath is not his control hungry parents, but you, his give-a-shit roommate.

While living at home, the Sloth had to be in bed at 10 p.m. sharp, but now that mom and dad aren’t around, the Sloth keeps almost nocturnal hours. His eyes fixed to the TV or some video game that he wasn’t allowed to play until after he had finished his homework.

And as for homework – he doesn’t do it anymore, he needs those daylight hours to rest up for another night spent in his online fantasy world; eviscerating goblins like they were his father’s lack of affection. The Sloth can be endearing when he goes to the dining hall (his three bowls of sugar cereal for every meal) but insufferable and may be nauseating when he refuses to shower on any regular schedule or leaves his toenail clippings on top of the mini-fridge

plentiful and cost effective, which is > also the worst thing about the Druggie as roommate. Just like the substances he proffers, dealing (so to speak) with the Druggie is a matter of

personal tolerance If you can stand all the talk

between bong hits, all about how weed is a gift from the Earth Mother,

how it helps with engineering homework and how the world would

be better if Osama Bin-Laden and George Bush would just share a blunt together (like – a huge one), then you’ll have some interesting stories for your future children to go along with your considerable buzz now.

Unfortunately, the good times can’t last forever, and living with the Druggie is an arrangement of steadily diminishing returns.

Although it might seem nice at first to have a constant stream of “friends” coming in and out of your dorm room, when it’s 5 a.m. during finals week, it’ll be those same “friends” bloodying their knuckles banging on your door, and that same damn Bob Marley compilation playing at ear pillaging volume for three weeks. You can’t take a shower because it’s being used as a meth lab, and you can’t even turn off your desk lamp to sleep because it’s been boobytrapped with a surplus hand grenade from the Korean war. Then, maybe, just maybe, living with the Druggie will seem like a bad idea.

In principle, there is nothing wrong with young love. The first twinges of real youthful love activate latent systems of mental and physical response, fashioning a sensory world of revelatory delight. To be young and in love is natural and beautiful, but to witness the young love of others from across your cramped, poorly ventilated room in a high rise dormitory is disgusting and possibly traumatic.

of consideration and propriety are left behind like the generic Planned Parenthood condom wrappers that will fill your waste bin. As roommate, you will be the begrudging witness to the stinking and slurping blossoming of the Betrothed’s love.

It’s not just the sex stank that will

be obnoxious, but the lounging and caressing on the tiny bed as if you weren’t there, the breathy giggling over ‘lover’s only’ jokes and the late night phone calls in hushed tones. Fortunately for you, what starts in private ecstasy always ends in public hallway yelling matches, and maybe half a semester with a docile, depressed and above all considerate roommate – before the happy couple reunites.