What to stream: Enjoy some summer fun with these offbeat films 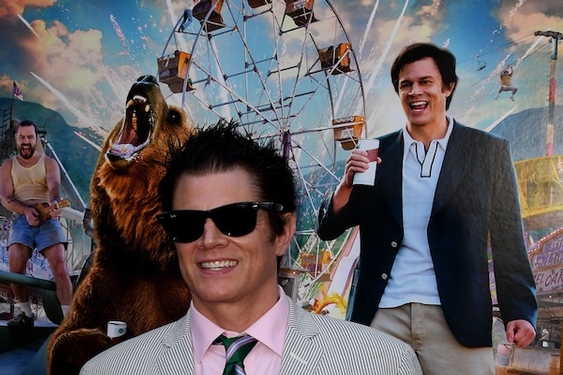 Actor Johnny Knoxville arrives for the premiere of Paramount Pictures' "Action Point" at the ArcLight Hollywood in Hollywood, California, on May 31, 2018. (Mark Ralston/AFP via Getty Images/TNS)

Summer is officially in full swing, and it’s time to pack in as much summer fun as possible before the hazy and humid dog days of August roll in. And of course, “summer fun” also means watching movies when you need to beat the heat. Rather than suggest the well-worn favorites like “Jaws,” “Independence Day” and “Caddyshack,” here are a few offbeat summer cinematic selections to spice up up your seasonal streaming.

Though oft-cited in lists of best summer movies, Greg Mottola’s “Adventureland” (2009) is well-deserving of a top spot. This poignant theme park dramedy hits all the sun-streaked melancholy notes that other blockbusters obliterate, and it features a duo of standout performances from Jesse Eisenberg and Kristen Stewart. Watch it on HBO Max.

Along the same lines, but a bit more zany, is “Action Point,” a crass stunt-based comedy from the “Jackass” crew. Sitting at the intersection of “Wet Hot American Summer,” “Adventureland” and “Jackass,” “Action Point” follows the mishaps and misadventures of the misfits running a wildly unsafe, ramshackle '70s theme park. Starring Johnny Knoxville, it’s an interesting experiment in seeing how the stunts of “Jackass” might fit into a proper fictionalized narrative, and its brutish charms aren’t not fun. Give it a whirl with a $2.99 digital rental on all platforms, and then tune into HBO Max for the real-life version, the 2020 documentary “Class Action Park,” about a lethal New Jersey theme park.

For something a bit more sophisticated, Italian director Luca Guadagnino crafted a pair of masterpieces that evoke the heady intoxication of a warm European summer. The best known is of course, the queer romance “Call Me By Your Name” (2017), where the furtive dalliance takes center stage, and the sumptuous Italian lunches and dips in ancient stone pools offer a setting one can almost taste. Watch it on Starz or rent it for $2.99 on all platforms. But don’t sleep on Guadagnino’s previous film, “A Bigger Splash” (2015), which takes place during a sizzling Sardinian vacation. Tilda Swinton stars as a rock star on vocal rest, and while she rarely utters a word, the sensual, funny and suspenseful family mystery that unfolds is riveting. Ralph Fiennes and Dakota Johnson turn in career-best supporting turns. Rent it for $3.99 on all digital platforms.

“Call Me By Your Name” star Timothee Chalamet also stars in the underrated 2017 drama “Hot Summer Nights,” which drops the viewer directly into the sticky, sexy embrace of a 1991 Cape Cod summer. Co-starring Maika Monroe, Alex Roe and Emory Cohen, this teen dream becomes a nightmare when our heartthrob becomes embroiled in a drug ring. Rent it for $2.99 on all digital platforms.

For something in a completely different mode, take a trip to Sweden for the traditional Midsommar celebration in Ari Aster’s horror film, “Midsommar,” starring Florence Pugh. Dark, disturbing and often too relatable for a film about a relationship crumbling among the rituals of a death cult, Aster takes flower crowns and summer sunlight and renders it horrifying. Stream it on Amazon Prime and Kanopy, and you’ll never look at a Maypole the same way again.