“Marvel Future Revolution” is scheduled for release on iOS and Android devices later in the year. (Netmarble/TNS)

That can make it hard for new Marvel game to stand out from the ground, but Netmarble aims to do that with “Marvel Future Revolution.” It’s an ambitious project that’s described as an open-world action role-playing game. Players choose one of eight playable characters and go adventuring in a Marvel universe that’s experiencing a convergence. Several different Earths are coming together and Vision sacrifices himself by locking these Earths together, saving the fabric of the multiverse and creating a Primary Earth.

WELCOME TO THESE ZONES

It’s here that heroes and villains from different realities battle each other. Players will encounter a world where Hydra controls the globe after winning World War II. They’ll run across Midgardia, a reality where the Norse gods decide to colonize Earth. New Stark City is a place that’s run entirely by Iron Man. Fans of the “Planet Hulk” run will recognize Sakaar, a planet built around gladiatorial combat. Xandearth comes from a reality where Thanos destroyed the Nova Corps and the defense force members become refugees on Earth.

Players can explore these lands and run into other players. That will likely make the world feel more alive as players venture through Primary Earth as part the newly formed Omega Flight team. They’ll team up with others and take on missions.

“Marvel Future Revolution” will have eight playable characters at the start — Spider-Man, Iron Man, Captain America, Dr. Strange, Black Widow, Captain Marvel, Storm and Star-Lord. Netmarble plans on expanding the roster over the life of the game. Each character has a fighting style that’s geared toward their talents. For example, Iron Man can fight from afar while Spider-Man swings across the map with his webs. Players control this via a virtual D-pad and buttons. In addition, Netmarble is looking into controller support.

Each hero will have his or her progression tree. Players will level up with experience points and they’ll have their stats boosted by gear. The latter will be the biggest area of focus for players. They’ll want to dress their heroes in costumes that are inspired by the Marvel Cinematic Universe, classic comics or the story itself. For example, players will come across Hydra-version costumes for all the characters. They can also dress them up as as gladiators from Sakaar as well.

To obtain the best outfits, players will need to participate in a number of different co-op and competitive activities. They include the following:

Raids — This is fairly conventional. A team of up to four will venture through a dungeon and challenge a boss at the end.

Special Operations — This is a competitive mode where levels and stats are evened out and players take part in missions to rescue the most civilians or survive an onslaught.

Omega War — This is a mode that pits one 10-player team against another 10-player team. Squad composition and teamwork will matter as the most effective group will be the ones that can focus their attacks on a specific rival and use the best tactics.

Dark Zone — This is a mode that’s more complex than the others. It’s a huge format that features up to 50 players. The superheroes all go after bosses, but they can also attack each other in a free-for-all. The way it’s described, it sounds a lot like the Dark Zone in “Tom Clancy’s The Division” where the situation can quickly turn cutthroat.

Players are rewarded with gear for taking part in these contests with the best stuff coming from the Dark Zone and more complicated missions. Netmarble says players can mix and match pieces and come up with more than 400 million combinations.

To support a large user-base, Netmarble is adding the accoutrements expected with a game this big. Players will have a Friends List. They can form Alliances, which is the “Marvel Future Revolution’s” take on guilds. Users can even communicate with developers and each other using forums and other community support avenues.

With all this content, “Marvel Future Revolution” sounds like it will separate itself from other projects. It’s scheduled to come out as a free-to-play game in the second half of the year. Global preregistration for the game is now being accepted. 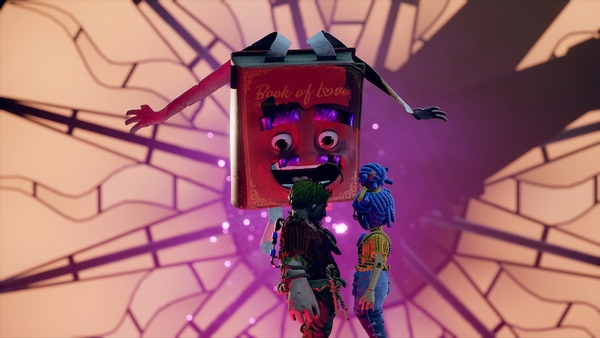 Special Features
Love and divorce in a video game? The innovative and weird ‘It Takes Two’
1,498 views 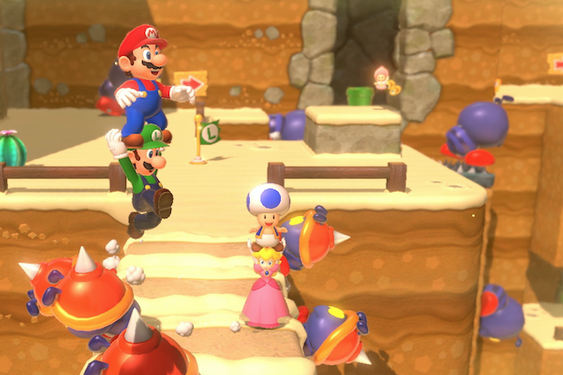 Special Features
The 10 best games of 2020: In a pandemic year, play was a critical storytelling medium
739 views

Special Features
PlayStation 5 or Xbox Series X: How to decide which one is right for you
694 views

Special Features
Do we need a COVID-19 video game? How about 51 games? I think we might
779 views