When a brand goes viral, a smart one grabs the moment.

That’s what the marketing folks at Kendra Scott in Austin did recently as the Texas-based jewelry brand was swept up in a good way into the University of Alabama’s fall sorority rush.

Kendra Scott was mentioned over and over with hashtag #bamarush posts as freshman women known as #pnms (potential new members) took to social media platform TikTok one after another to describe what they were wearing to their daily sorority rush parties.

The #pnms aren’t allowed to post about which sororities invited them back for yet another rush event, but they can signal they’re in the thick of it by describing their outfits day after day, including the jewelry. There’s a hashtag for such a post: #OOTD for outfit of the day.

The exposure translated into 17% more new online customers for the brand than the prior week, a 24% increase in the number of new customers just from the state of Alabama and a 600% increase in searches for Kendra Scott on influencer platform LTK.

Conversion rates, or the rate at which browsers turned into buying customers, increased 5% from the prior week, and that translated into a revenue increase of almost 20%, said Mindy Perry, chief marketing officer at Kendra Scott.

TikTok is a hard place for a brand to get attention, Perry said.

Perry’s team was watching and listening to post after post well into the nights last week and started tagging the women who mentioned the brand.

But here’s when it got interesting.

“Then they were starting to tag us,” Perry said. “That’s when we decided to do a video about choosing your #bamarush look.”

“Oh my, I cannot believe this. There are so many of you wearing Kendra Scott. This is amazing. I am absolutely obsessed with all your incredible looks,” Scott said, sitting in her living room looking at the posts on her phone. “I want to say hey #bamarush, way to go. How amazing. And I can’t wait to see what university is going to be next.”

Kendra Scott wasn’t the only brand with repeat mentions in the #OOTD TikToks. Chinese apparel retailer Shein was a regular, and Pants Store on University Boulevard in Tuscaloolsa was an obvious favorite. It sells a lot more than pants. Richardson-based Fossil, Apple Watch and Golden Goose sneakers were also mentioned often.

There are 17 sororities on the campus, and according to AL.com, more than 2,500 women went through the sorority recruitment process.

The Kendra Scott brand wants to cultivate relationships with sororities, which have missions as service organizations and aren’t just social, Perry said. Founder Kendra Scott has made philanthropy part of the brand’s marketing since she started the company in 2002.

Brands from GameStop to Neiman Marcus have encouraged their own employees to become influencers on social media platforms. This week Nordstrom launched “The Ambassador Program” for 14- to 22-year-olds who will get access to membership experiences and can take on content creation roles.

Kendra Scott has more than 100 women on campuses and calls them “our gems,” Perry said. There’s one at the University of Alabama.

Last year’s rush in Tuscaloosa and on other campuses was virtual because of the pandemic.

“The women were finally, as they say, IRL, or in real life, and seemed to want to be sure their personal style was shining through,” Perry said.

Sorority rush is underway at the University of Texas and ends Monday. Perry is keeping her eye on it along with rush at University of Oklahoma and Louisiana State University coming up.

The #OOTD posts at Alabama may be the start of something big, Perry said. “You know how productivity goes down in some workplaces during March Madness? I heard from so many people who said I am so sucked into #bamarush!” 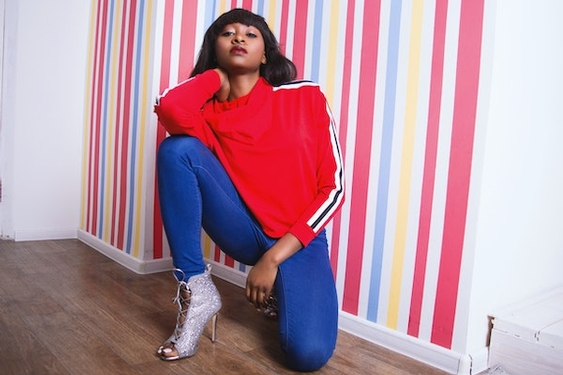 Fashion Focus
Nice And Clean: How To Properly Care For Polyester And Nylon Clothing
2,194 views

Fashion Focus
Cal U students up their wardrobe game with the help of Campus Closet
1,104 views

Fashion Focus
Financial Tips for Getting The Most out of a Shopping Spree
1,413 views

Fashion Focus
How to dress post-pandemic? Just do you.
1,259 views

Fashion Focus
Summer’s coolest dress is an instant classic. OMG, did you see this?
990 views