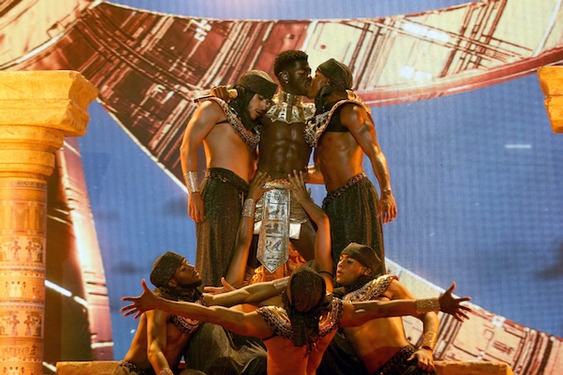 Anyone able to count had to acknowledge months ago that Lil Nas X was no longer at risk of being remembered as a one-hit wonder.

Anyone, that is, except for Lil Nas X.

Two years after "Old Town Road" vaulted him to instant superstardom — and nearly six months after he topped Billboard's Hot 100 for a second time with "Montero (Call Me By Your Name)" — the singer, rapper and internet savant has finally released his long-awaited full-length debut, "Montero," which is all but certain to end up one of 2021's biggest commercial successes (and which also stands to pick up multiple Grammy nominations in the weeks ahead).

Yet here he is in "One of Me," a mournful pop-rap song that arrives halfway through this 15-track LP, still hearing the voices of those who'd assumed — not unreasonably! — that "Old Town Road" would be the last we'd hear of Lil Nas X: "You's a meme, you's a joke/ Been a gimmick from the go," he croons, somehow capturing both his haters' scorn and the damage it inflicted. "All the things that you do just to get your face to show."

Elsewhere on the album he licks even older wounds, as in "Dead Right Now," where he recounts being told by his father that his chances of making it were "one in a million."

What's remarkable about these songs is that although they clearly land as a flex — would a flame-out be able to get Elton John on the keys as Lil Nas X did for "One of Me"? — they don't feel like the 22-year-old born Montero Hill is inviting us to apologize for doubting him. Even now, his anxiety seems thoroughly genuine, which of course is precisely the reason he outlived the viral phenomenon that spent a record-setting 19 weeks at No. 1.

As fully immersed in digital culture as any act in pop music, Lil Nas X probably could've gamed his way to another hit or two after "Old Town Road." But beyond his strategic smarts, he also understands — also believes in — the value of sincerity in an era defined by disinformation, and that's the thing that's endeared him (and not just his song) to the millions with whom he communicates on social media.

He's framed the steps in his unlikely journey — as a Black kid trying to break into country music, as a gay man making hip-hop — in richly emotional terms, which means his audience shares in his triumphs while his detractors come off like scolds. And scolds he's definitely got: Making himself a queer Black sex object was a radical act, particularly in light of his down-the-middle ambitions and the fact that among his earliest fans were the countless children whose enthusiasm, he's since had to remind people, hardly makes them his responsibility. Yet the joy Lil Nas X takes in his desires — the cleansing optimism of his vision of lust — calls to mind Little Richard, as does the glee with which he toys with bigots.

Not better than you'd expect, necessarily, but better than it needed to be given his mastery of every other aspect of late-capitalist pop stardom, "Montero" strikes an impressive balance between craft and heart. Produced by a team of young studio wizards led by the duo Take a Daytrip, the album might be the year's most beautifully constructed, with crisp beats, vivid textures and hooks nestled inside hooks (nestled inside hooks).

The music is all over the place stylistically; it moves from trap to folk to pop-punk to however we'd describe the ecstatic hand-clappy sound of Outkast's "Hey Ya!," which Lil Nas X faithfully reproduces in "That's What I Want," about how he needs a boy to cuddle with him all night. One sonic throughline is guitar, be it slow and grungy (as in "Life After Salem") or bright and jumpy (as in "Lost in the Citadel"); another is the fullness of Lil Nas X's voice, whether he's rapping or singing by himself or with collaborators including Doja Cat, Megan Thee Stallion and Miley Cyrus.

"Old Town Road" demonstrated how capably Lil Nas X could nail the hallmarks of a given idiom, but here he really shows off his vocal range, riding a tough triplet flow in the hard-knocking "Dolla Sign Slime" then pushing into a cracked emo falsetto for "Tales of Dominica." He's not a brilliant ad-libber like so many of hip-hop's major stars right now; the songs feel as tightly plotted as his elaborate music videos, with each melody and rhythm tailored for maximum impact.

"Montero" closes with "Am I Dreaming," a rootsy fingerpicked duet with Cyrus, whose partnership with Lil Nas X follows that of her dad, Billy Ray, on "Old Town Road." It's about a guy looking back at his accomplishments — "every try, every breakthrough and every cry," as he puts it — and wondering what it all adds up to.

"Never forget me and everything I've done," he sings, more tenderly than at any other point on the album. You wouldn't call it a victory lap, except it proves exactly why he keeps winning. 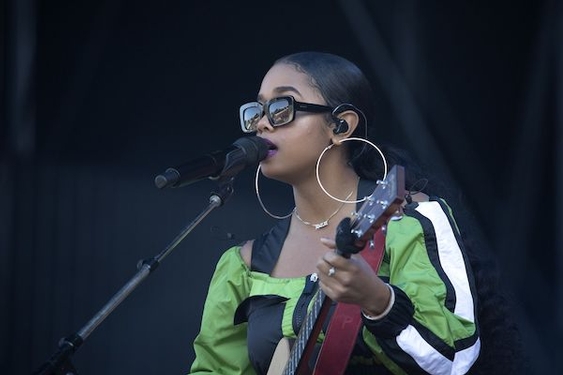 Review
Dua Lipa, with some help and inspiration from Madonna, revives the remix album
1,416 views