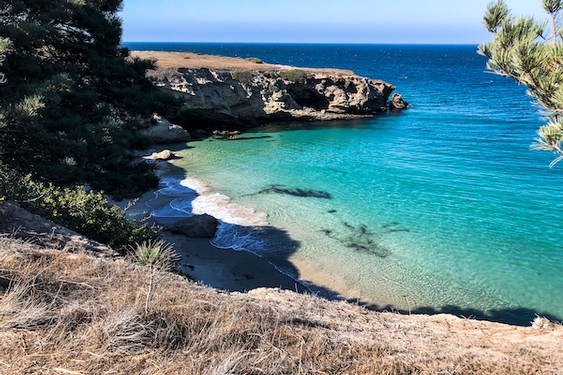 An unsettling sound rang out above the crash of waves onto a wild, lonely beach on Santa Rosa Island, part of the Channel Islands National Park, where my partner Emanuel and I had bedded down after an arduous 10-mile trek.

I was jolted awake. Again — the irate sound, like a rusty metal bucket scraping against rock. It seemed closer.

Emanuel heeded my nudge and investigated.

When he poked his headlamp-adorned head back in the tent, he broke the news: “I think we have a problem.

There he was — a massive lump barely visible in the darkness. The ranger who had greeted us earlier that day hadn’t warned us about a possible pinniped encounter.

Not only was it our first night on the island, it was also my first time backpacking. I had never carried everything I needed to sustain me on my shoulders, let alone for five days. And I’d never considered what to do in the event of a seal invasion.

Santa Rosa is one of the less-visited islands that constitute one of the least-visited national parks. It attracts a certain breed of adventurer, according to Brittney Hammof concessionaire Island Packers, which offers trips to Santa Rosa several times a week.

“It’s definitely a beautiful place, but it takes a little bit more effort and research to go there. It’s easy to end up unprepared,” she said on our Monday morning boat trip in August.

On a warm, sunny day Santa Rosa can pass for a postcard-perfect tropical getaway with sandy white beaches and glittering turquoise water. But it can be harsher than online photos portray. Strong winds blow year-round. Moody bouts of dense fog and chilly temperatures evoke conditions similar to the Central Coast.

Those who seek out “Rosa” are attracted to seclusion and are self-sufficient, with ample backpacking experience, Hamm said.

I checked none of the boxes.

But Emanuel, cut off from city-slicker bars, restaurants and movie theaters during the pandemic, saw his interest in the outdoors surge.

As he trekked farther and harder, my experience grew by association. We packed more of California into 2020 than I’d seen in my entire life — and I’m a native Angeleno. It helped that he was investing in what can be pricey gear.

Still, the divide in our abilities grew. We spent less time together as he pursued inhospitable peaks and I clung to flatter land. When he brought up the possibility of backpacking on Santa Rosa, I said yes though I wasn’t sure it was within my novice wheelhouse. “It might kill me,” I thought, “but it will afford us some quality time.”

It was time to book it — and start training. Flash-forward several weeks. I’d upped my exercise regimen through trail runs and strength training so it was time for a test hike. To simulate the backpacking experience, we set out on a local 12-mile hike — approximating the longest single stretch we’d planned for the island — and I filled my backpack with 20 pounds of bottled water.

As I forced one leg in front of the other, Emanuel turned to me with a smirk and told me about a saying among mountaineers: “It doesn’t have to be fun to be fun.” Leaning into the axiom, I cursed and winced my way to the end.

On the wild side

Gray, misty skies hovered as dozens of passengers filed onto the boat in Ventura Harbor. Masks are required, and a crew member said they leave some “wiggle room” by not booking the boat to capacity. As the boat bucked on choppy seas, dolphins skipped gracefully alongside.

We landed on the island at Bechers Bay roughly three hours after our 8 a.m. departure. (The trip included a pitstop to drop off those headed for Santa Cruz Island, the largest island in the park and more frequented.)

Day trips to Santa Rosa are possible but limited to just a few hours. Of the roughly 25 people on our trip, only two said they were returning later that day. Most were staying at one of the 15 campsites at Water Canyon Campground, which offers potable water and wind shelters.

But we were charging farther — much farther — than the campground 1½ miles from the pier.

During the roughly 5½-hour journey up and down the island’s hills, we stopped to fill multiple bottles and bladders with water at Clapp Spring, one of only two reliable sources on the island.

Derelict farming equipment, part of the island’s ranching past, appeared periodically as we pushed on, incongruent with the emptiness. I found an animal horn amid the grass and later learned that elk and deer had been brought to the island as game, with commercial hunts occurring until 2011 when the remaining animals were removed.

We bushwhacked down a steep canyon and landed on a beach just east of Ford Point, where we bedded down after a dinner of sausages roasted on a camp stove (fires are not permitted on the island). That is, until the elephant seal arrived.

After it roused us from our tent, we scrambled up a sand dune, unsure about what to do. Weary, but not wanting to risk a confrontation, we moved our entire camp farther away.

The next morning we surveyed the area and saw not one but two elephant seals. A hulking male with the telltale proboscis was accompanied by a much smaller female. We were visitors in their world, one where humans didn’t reign over the sand, and moved on.

Nothing as dramatic happened over the next four days, though we took in breathtaking sights and experiences. One day we hiked to a rudimentary lighthouse at South Point and could see sea lions frolicking in the kelp hundreds of feet below.

We encountered no one in the backcountry after the second day, when we crossed paths with two brothers we had met on the boat.

Hours-long treks created large expanses of time for thoughts profound and petty. We often wiggled into our sleeping bags before 9 p.m. And by nightfall, I looked forward to writing notes about my day, though I haven’t had the patience to keep a journal in years. We splashed naked in frigid waters, a refreshing bath after days of sweating in the same clothes. I stopped checking my phone.

Nature intruded when it felt like it. Though I slathered myself with sunscreen, I unwisely ditched my sunshirt on the second day, and the exposed flesh on my shoulders and chest were baked to a deep red. On the third day we hoped to take in a 360-degree view from Soledad Peak, the highest point on the island, but fog enveloped us so tightly we couldn’t see more than a few feet.

A young man sits on a hilltop surrounded by hiking and camping equipment.

To avoid a last-minute dash across the island for our Friday departure, we spent our fourth and final night at Water Canyon Campground.

At our campsite, a russet-tinged island fox — another endemic species — tried to steal our stove. It was a small miracle to take out my contacts using running water in a surprisingly clean bathroom after using filtered spring water and a phone camera for a mirror.

Further confirming we were back in civilization: people. Fellow camper Donna Sullivan affirmed the island’s reputation as a rough beauty with a mysterious pull. When she’d visited about five years earlier with her sister, they were blasted by furious winds.

“Even though the island’s gorgeous, it was the worst camping experience,” she said. But some days had been glorious and she did return, this time with her husband, Chuck.

While on the northeast shore, we hit what I called the “tourist attractions.” We finally donned the snorkeling gear we had lugged for miles and plunged into the crystal-clear waters of a deserted beach. I saw a massive orange crab and fish darting here and there. The marine life wasn’t as epic as I’d seen on Santa Cruz or Catalina, but it was enjoyable.

The winds picked up and the water became more turbulent, prompting me to scramble back to the beach. But Emanuel — who grew up foraging in the sea off western Sweden — swam farther out and plucked blue mussels from a rock wall, which we boiled with olive oil and garlic. We also trekked to the large grove of Torrey pines we’d spied from the boat to see the rare trees up close.

The fifth and final day we trekked to Lobo Canyon, though it added 12 miles to our journey. It was a move well worth the extra strain. After hiking over more parched hills, we descended into a lush canyon with a small creek.

Massive sandstone formations loomed, a panorama that would be more at home in Arizona or Utah. The trail dead-ended at a tiny beach strewn with glittering abalone shells, now a rare sight on the California coast due to decades of over-fishing. Not a soul was in sight.

Santa Rosa’s elusive, multifaceted personality was on full display. There was still so much more to see even after hiking about 45 miles and pitching our tent in four places. And some of it we’d never see because certain areas are closed year-round to protect wildlife.

On the boat ride home, we had a celebratory beer fittingly brewed at Island Brewing Co. in Carpinteria. About halfway back to Ventura, my internet started working and I posted a photo on Twitter.

A pod of humpback whales appeared, one dramatically crashing into the waves with its tail high in the air, and everyone — myself included — whipped out phones to record their majesty. Our old life was rushing back and we weren’t even home. I looked back as the island grew small in the distance.

Island Packers offers trips from Ventura Harbor to Bechers Bays on Santa Rosa Island several times a week through November. Round-trip adult fares are $85, or $120 for those camping.

Channel Islands National Park, which includes Santa Rosa and four other islands, has its principal mainland visitor center at 1901 Spinnaker Drive in Ventura.

Visitors can camp on some of the island’s beaches from mid-August through mid-December. For details on which beaches are open, go to the National Park Service website. Reservations can be made at Recreation.gov.

Reservations for Water Canyon Campground can also be made at Recreation.gov. $15 per night per site, which can accommodate five people.

Make sure your boat and camping reservation dates align. Check both schedules before booking. 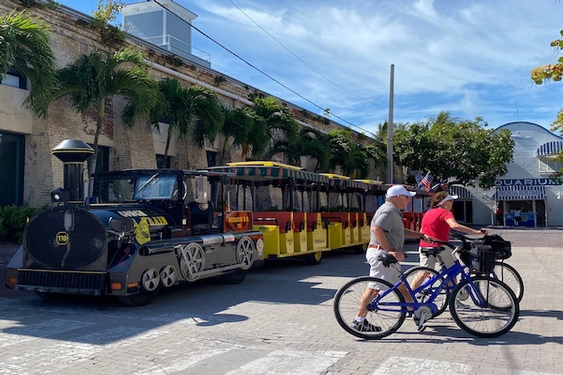 Travel
Got time for a stop in Key West? Here are 12 spots to quickly explore
153 views 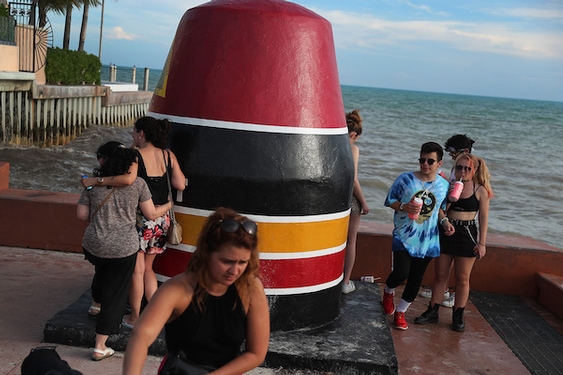 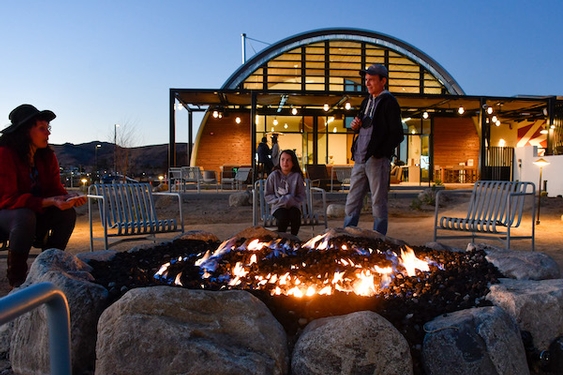 Travel
You’ve camped in Joshua Tree, but never like this. Inside the desert’s new Airstream oasis
1,068 views 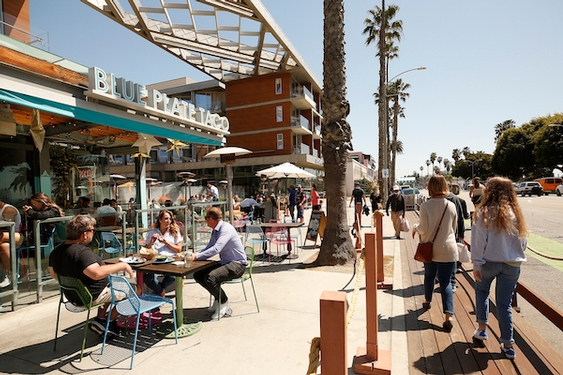 Travel
Spring break travel is back, and so are high prices: ‘Like bears coming out of hibernation’
878 views 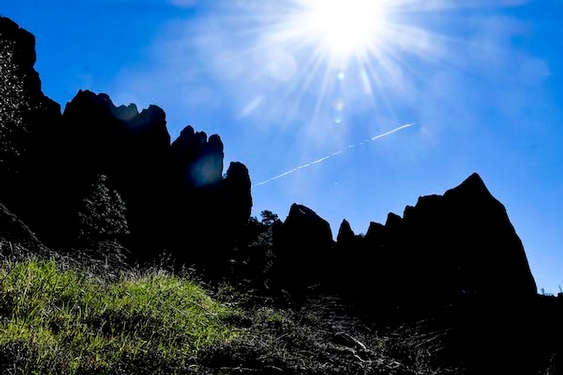 Travel
Why are so many people heading to California’s newest national park?
555 views 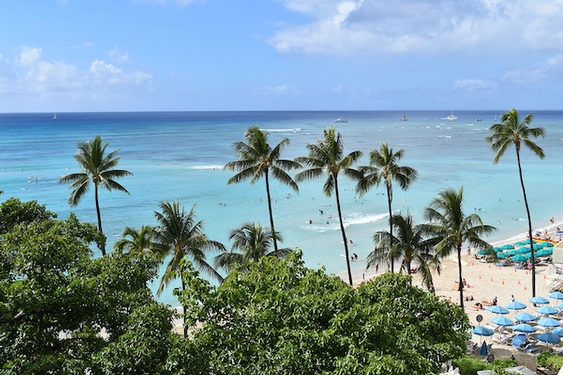 Travel
Travel for Two - Oahu's beaches are legendary, but island has so much more
266 views 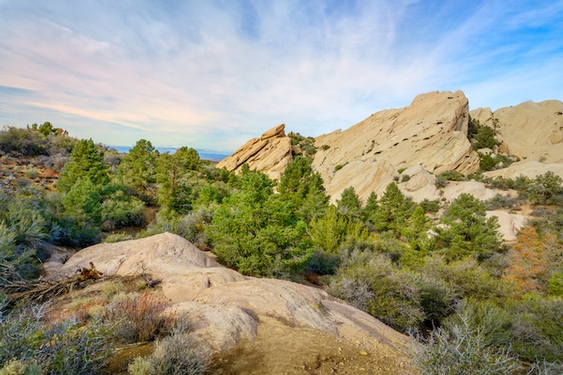 Travel
Reopening of Angeles National Forest one of many things to look forward to in 2022
1,695 views 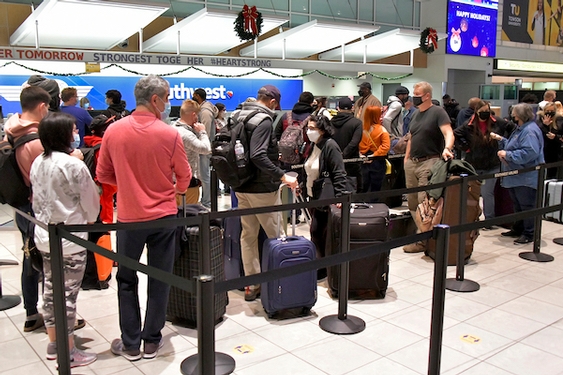 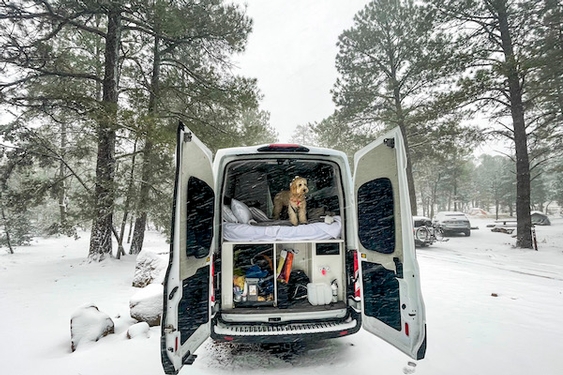 Travel
Planning a trip with your dog? Here are 10 ways to make it stress-free for both of you
348 views