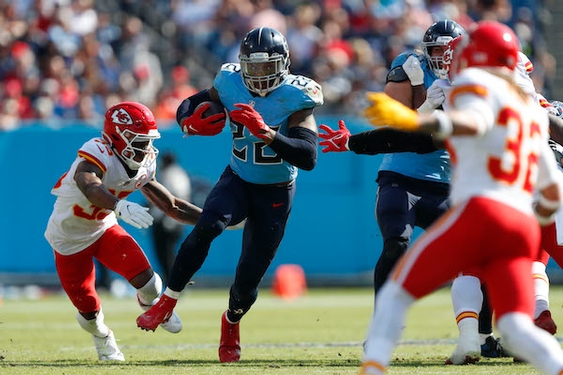 Titans running back Derrick Henry (22) carries the ball while fending off Kansas City Chiefs defensive back Charvarius Ward, left, in the first quarter at Nissan Stadium on Oct. 24, 2021.

NFL rankings for the week icnluding performance and how well each team measures up as Super Bowl contenders, regardless of win-loss record. Here are the rankings after Week 7:

It was a tidy week for the league’s top teams. The Bucs dominated the hapless Bears, 38-3, as Tom Brady threw four more touchdown passes to extend his league-leading total to 21. The Cardinals got three touchdown passes from Kyler Murray, including one to recently acquired tight end Zach Ertz, in a 31-5 rout of the Texans. Matthew Stafford made coach Sean McVay and the Rams look smart after the Jared Goff trade with three touchdown passes in a 28-19 win over Goff and the Lions. Aaron Rodgers threw three touchdown passes of his own in the Packers’ 24-10 win over Washington, spreading the ball around to seven receivers instead of relying on Davante Adams.

What’s the common thread that ties these teams together? Great quarterback play. The Cowboys’ Dak Prescott and the Bills’ Josh Allen, who enjoyed their bye weeks, have already inserted themselves into the Most Valuable Player conversation. Murray has been especially great, securing the second-highest passing grade in the league, according to Pro Football Focus.

In case you didn’t notice, nearly all of the league’s elite teams reside in the NFC. The AFC is a muddled mess at the top, thanks to the stunning decline of the Chiefs and the emergence of some exciting, yet unproven contenders. That brings us to one of the most surprising results of the week, which calls into question the Super Bowl hopes of one of the conference’s best teams.

On the cusp of contention

The Ravens’ 41-17 loss to the Bengals isn’t a knock-out blow by any means, rather a stiff shot to the jaw that leaves Baltimore stumbling heading into its bye week. The Ravens couldn’t handle the Bengals’ passing attack Sunday, as Joe Burrow threw for a career-high 416 yards and receiver Ja’Marr Chase racked up 201 yards, giving him the most receiving yards by a rookie through seven weeks in NFL history. Lamar Jackson wasn’t his usual self, as Cincinnati’s athletic defense pressured him on nearly half of his drop-backs and covered well downfield.

The Ravens are still a threat to emerge in the AFC when playing at their best, but more injuries along the offensive line, this time to starting right tackle Patrick Mekari, have severely depleted their once-unstoppable rushing attack. The Ravens need Jackson to play at an MVP level to not only mask their weaknesses on offense, but cover for a defense that has allowed a franchise-worst 2,073 passing yards over its first seven games. Sunday’s loss showed that the Ravens’ old reliables might not even be enough to cut it in the AFC North anymore.

While Baltimore is slipping, the Titans and Raiders are showing they shouldn’t be overlooked when handicapping the AFC race. Tennessee dominated Kansas City, 27-3, on Sunday, with Derrick Henry throwing more touchdown passes than Patrick Mahomes. A Titans defense that struggled mightily early in the season held the Chiefs to their lowest scoring output with Mahomes at quarterback, picking up four sacks and an interception. FiveThirtyEight only gives Kansas City a 43% chance of making the playoffs, and that might be generous given their issues on both sides of the ball.

The Raiders, meanwhile, continue to thrive after the resignation of coach Jon Gruden. Las Vegas rolled to a 33-22 win over the Eagles behind a nearly perfect day from Derek Carr, who completed more than 90% of his passes on 30 or more attempts (31-for-34 for 323 yards, two touchdowns and one interception) for the second time in his career.

With the Chiefs and Ravens failing to reach their previous heights, it’s time to consider the Bengals, Titans and Raiders as more than just plucky contenders. Behind Buffalo, it’s a wide-open race in the AFC.

After seven weeks, the Browns remain an enigma. With starting quarterback Baker Mayfield severely limited by an injury to his non-throwing shoulder, backup Case Keenum came in and looked steady in a 17-14 win over the Broncos on Thursday night. Keenum’s ceiling might be lower than Mayfield’s, but he should be able to keep Cleveland’s ground-based attack moving under coach Kevin Stefanski. If the defense can get healthier and play up to its potential, that might be enough for the Browns to remain a playoff contender in the AFC.

The Colts could be a playoff contender, too, after Monday night’s 30-18 win over the 49ers. Indianapolis has won three of its past four games thanks to improved play from quarterback Carson Wentz, who has thrown just one interception through seven weeks after leading the league with 15 picks in 12 games last season in Philadelphia. The Patriots have shaken off some early struggles to get back into the mix, too, rolling to a 54-13 win over the Jets on Sunday. The defense remains one of the league’s best, so week-to-week improvement from rookie quarterback Mac Jones might keep New England in the playoff conversation for quite awhile.

Atlanta, meanwhile, might finally be hitting its stride under new coach Arthur Smith. In a 30-28 win over the Dolphins on Sunday, rookie tight end Kyle Pitts exploded for 163 receiving yards, giving Matt Ryan the valuable weapon he’s sorely needed since the offseason trade of Julio Jones.

All the optimism about Justin Fields’ rookie season has seemingly evaporated after the first-round pick threw three interceptions in the Bears’ embarrassing 38-3 loss to the Buccaneers on Sunday. Coach Matt Nagy’s seat only grows warmer, with the offense struggling to move the ball effectively through the air or on the ground. If Chicago can’t show any improvement behind its franchise quarterback in the coming weeks, it’s hard to see this regime coming back again next season.

The Panthers might be facing similar tough questions about their leadership after yet another rough performance by quarterback Sam Darnold, who was benched in favor of P.J. Walker in Sunday’s 25-3 loss to the Giants. Four straight losses have called into question the wisdom of the trade for Darnold, who isn’t consistent enough to be a franchise quarterback. Whether that leads to Carolina looking toward the draft, free agency or a trade for Deshaun Watson to upgrade at the position remains to be seen, but it’s clear the Panthers aren’t a playoff team with the former first-round pick under center.

For the Seahawks, 49ers and Washington, there are just too many questions at quarterback to have any hope of playoff contention in a loaded NFC. Unless Russell Wilson, Jimmy Garoppolo and Ryan Fitzpatrick can be healthy and/or effective relatively soon, it’s hard to see a path forward for these teams.

Say what you want about Dan Campbell’s 0-7 record, but the Lions coach has kept his team competitive nearly every week. Detroit had a legitimate chance to take down the Rams on Sunday before a back-breaking interception by Goff late in the game. Campbell isn’t interested in moral victories, but the team’s play is at least somewhat encouraging in the first year of what should be a long rebuild.

The Dolphins won’t be afforded that kind of sympathy, however. A 30-28 loss to the Falcons puts them at 1-6, a far cry from what the team expected after a 10-6 season under coach Brian Flores. Rumors continue to swirl about the team’s interest in a trade for Watson, which shows just how desperate they are for an answer at quarterback given Tua Tagovailoa’s struggles. 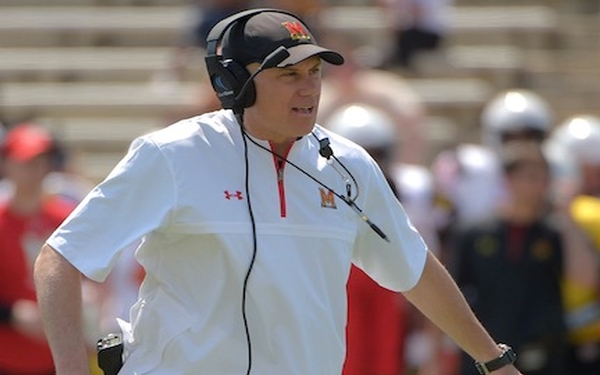 Altercation between Maryland football players breaks out at practice in wake of Durkin drama
1,809 views 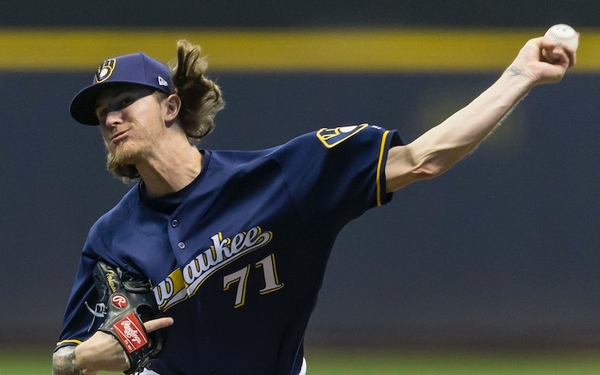 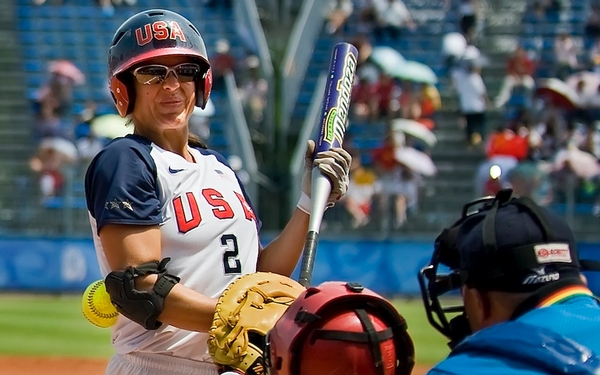 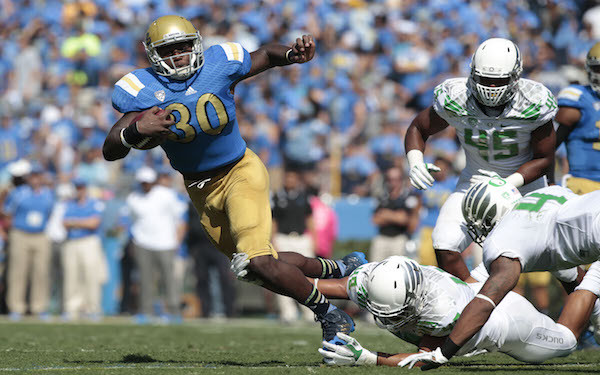 With Myles Jack lost for season, UCLA's depth will be tested again
2,295 views