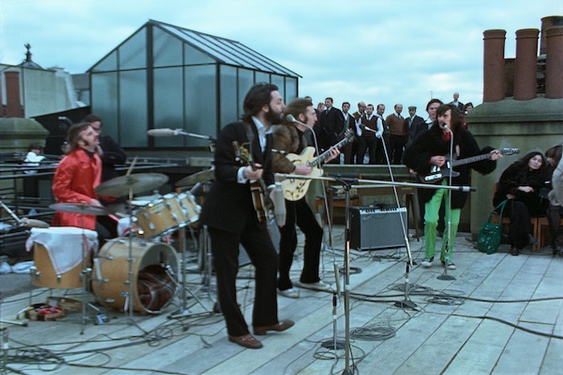 John Lennon’s son Julian Lennon said the new documentary coming out Thursday about The Beatles “made me love my father again.”

The three-part series, directed by Peter Jackson, will broadcast on Disney+, and Lennon’s firstborn son got a sneak preview.

“What an Amazing night,” he posted on Instagram, adding that he was proud, inspired and feeling more love for his family “than ever before.”

One particular member stood out.

“And the film has made me love my father again, in a way I can’t fully describe….” he said. “Thank you to All who had a hand, in bringing this project to fruition… Life Changing.”

The trailer features never-before-seen archival footage of the Fab 4, which split up in 1970. The documentary covers their recording sessions in January 1969, when they had just a few weeks to create an album for their first performance in more than two years.

There’s also a companion book, “The Beatles: Get Back.”

Blog
'Who's Jack Harlow?': A guide to the unavoidable rap star
186 views