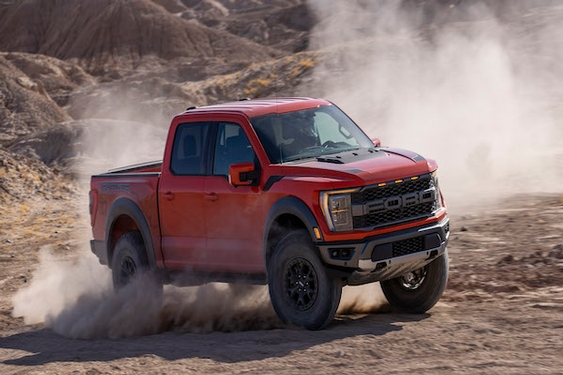 The Ford F-150 Raptor, and the SVT Lightning before it, helped kickstart a horsepower race in the pickup truck segment that has resulted in Hellcat-powered office buildings that can nearly blot out the sun on an entire city block. But not everything needs to be a contest, and truly putting a 700-some-odd-horsepower pickup truck to use in daily life is nearly impossible. That's why I'd wager that, thanks to some quality upgrades for 2021, the Ford F-150 Raptor provides the superior blend between high-end truck performance and, frankly, whatever remains of sanity these days.

Crew cab trucks are almost large enough to require commercial zoning, but the Raptor turns the whole shebang up to 11. The fender flares add more width to an already wide pickup, while its face removes any hint of visual shrink trickery thanks to a massive black grille with bold Ford lettering spanning the width between the headlights.

Equipped with Ford's 37-inch-tire performance package ($7,500), the Raptor is hella tall, too, offering 13.1 inches of ground clearance and almost always resulting in an old-person grunt while getting in and out. You'll be happy the side steps are standard. Overall, the look is seriously imposing, about as much of an eyeball-buster as the Ram 1500 TRX, especially when my tester's off-road package wraps its 17-inch beadlock alloy wheels in a set of beefy BFGoodrich K02 all-terrain tires.

The Raptor's near-comical largeness continues inside where, like every other F-150, the aesthetics are all about big, chunky things. I appreciate the mixed use of materials across the dashboard to keep the design interesting, although it's a bit of a bummer that nearly every shiny surface turns out to be plastic and not real metal -- an even bigger bummer when you consider this tester's $80,000 price tag. At least that aforementioned $7,500 performance package does improve the interior quality a bit by way of some blue leather and suede across the seats and center console.

What impresses me more about the Raptor's interior is its daily usability, another high point shared with other F-150 models. The doors have two tiers of storage for items large and small, and the cubby under the center armrest is positively cavernous. The $6,150 Equipment Group 801A Package boosts the versatility by offering the F-150's trick work-surface upgrade, which folds the shifter flat and allows the use of a large fold-out table. Out back, the rear seats have oodles of legroom, plus additional cup holders, more door-card storage and a flat load floor that's accessed by folding the seat bottoms. The Raptor may only have a 5.5-foot bed, but that's enough for Christmas trees or most construction materials. The damped tailgate adds a dash of convenience, too.

Yes, the Ford F-150 Raptor is now well behind in the high-output-truck game, with its 3.5-liter twin-turbocharged V6 putting out just ("just") 450 horsepower and 510 pound-feet of torque. There's a big gulf between that and the TRX's stonkin' 702-hp figure. Yet, after having driven both for a week, I think the Ford has far more on-road potential than the Ram.

I was regularly running out of road with the TRX, but the Raptor is still very quick in daily driving, and that lower power output means I'm far more likely to pull a greater percentage of water out of its well. The Raptor is happy to leap forward from a stop, its V6 screaming through both analog and digital means, satiating the senses without overpowering them outright. It's not so quick that I feel like a nigh-dangerous ingot of pure momentum, but it's close enough.

The Raptor's four-mode exhaust, easily accessible by a steering wheel button, can add or reduce noise as desired. You, like me, might be tempted to roll around everywhere in the "off-road-only" Baja setting, but trust me when I say that the impressively loud drone of steady-speed cruising gets old quickly. The steering and suspension are also adjustable in this manner. The brakes are not adjustable, but with 13-plus-inch rotors on all four corners (13.7 front, 13.2 rear), the Raptor is capable of some impressive stops.

The steering is fine in any mode, but I'm quite impressed with the change in feel between suspension settings. The newly developed multi-link rear suspension adds civility no matter the mode, especially when accelerating or cruising over one of many pockmarked roads. In Sport, the Raptor settles into a stiffer stance that has it feeling a bit more carlike in its operation. Baja mode doesn't really have a use in urban and suburban driving, unless I want to pretend my neighborhood's speed bumps don't exist. But, based on the extensive off-road courses we played with during our first drive, I know for a fact that Baja mode really comes into its own when blasting through the dirt.

Honestly, I am a bit surprised at how well the Raptor fares as a regular ol' daily driver. The TRX felt like a monster at nearly every opportunity, but it's easy to settle into a fully legal groove with the Ford. The throttle has the right amount of sensitivity for smooth takeoffs that barely tap into the V6's reserves, and the 10-speed automatic transmission swaps gears effortlessly, so driving smoothly isn't really a problem. The biggest issue in daily use is the Raptor's size. It's about as wide as most lanes, so it's very easy to dip a tire over the white line. Surround-view cameras and parking sensors let me park at the grocery store without ending up atop a RAV4, but the truck still requires a level of self-awareness that smaller vehicles do not.

One place that the 2021 Raptor is guaranteed to hurt is at the gas station. While its V6 gives it a slight advantage over the V8 TRX's hilariously dismal figures, the Ford is still quite the thirsty brute. The most efficient variants will achieve an EPA-estimated 15 mpg city and 18 mpg highway, but the 37-inch performance package reduces those figures to, at best, 15 city and 16 highway. Credit where it's due, though, the Raptor's V6 can drink 87-octane fuel (the TRX doesn't recommend it), and its 36-gallon fuel tank permits somewhere around 500 miles between stops, but man, it's still thirsty.

With a starting price of $65,840, it shouldn't be a surprise that the Ford F-150 Raptor carries as much of Ford's latest tech as it can handle. The standard 12-inch touchscreen runs Ford's Sync 4 infotainment system, and it's just as responsive and capable as it is in other systems, packing wireless Apple CarPlay and Android Auto, a 4G LTE Wi-Fi hotspot and, if optioned, embedded navigation. The screen is large enough to permit split-screen operations, too, so I can keep an eye on both the radio and the turn-by-turn directions as needed. The 12-inch digital gauge cluster is also standard, and it does a good job relaying important information without being distracting -- and yes, there's an off-road-specific mode that shows steering angle, an inclinometer and all that good dirt-friendly stuff.

There's still room for upgrades, though. The 801A package ($6,150) adds an 18-speaker Bang & Olufsen sound system and cold-weather perks like a heated steering wheel and second-row heated seats. The 360-degree camera option is just $765 by itself. Drop another $2,000 and you can add a power tailgate and a 2-kilowatt onboard generator.

For those of you who actually want to do proper truck stuff with a Raptor, don't worry, this isn't just a garage queen. My tester and its 37-inch performance package offer 13 inches of front and 14.1 inches of rear suspension travel. Payload and towing have improved for this generation, as well, now resting comfortably at 1,400 pounds and 8,200 pounds, respectively.

The Raptor's base price swelled nearly $10,000 for 2021, now resting at $65,840, including $1,695 in destination charges. My tester takes that even further, thanks to some pricey options, with an out-the-door price of $82,080 including destination. That might seem like a lot, but it's still thousands cheaper than the Ram 1500 TRX to start, and the Ram can push its window sticker to the border of $90,000 without batting an eye, so maybe the Raptor isn't exactly a raw deal after all. The TRX remains the sole vehicle in the Raptor's competitive set, because GM doesn't seem very interested in throwing a Corvette engine into a Silverado for whatever reason.

Between the two high-output trucks listed here, I think I'd be happier with the 2021 Ford F-150 Raptor. It's every bit the capable pickup truck it needs to be, but a healthy dose of aesthetics, technology and foot-to-the-floor good times makes it an absolute hoot to use on the daily. Having the highest numbers on a spreadsheet doesn't always make for a better vehicle. 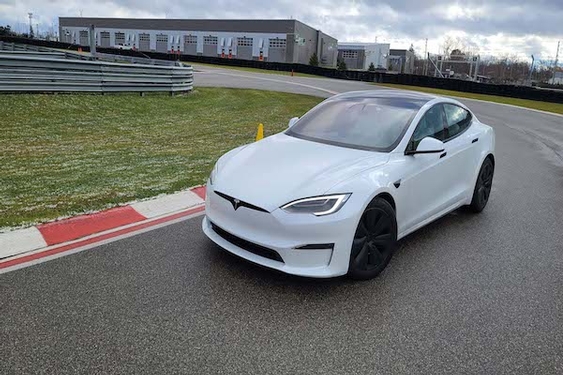 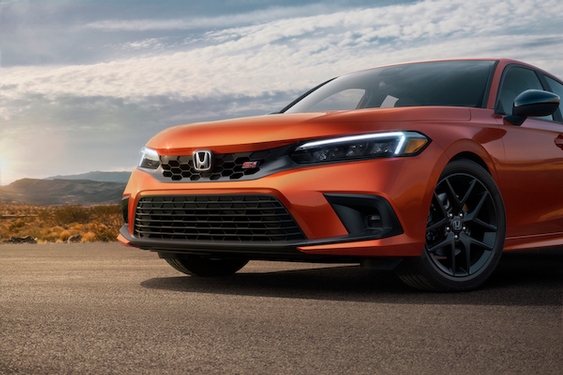 Roadstar
2022 Toyota Tundra is better in every way
226 views 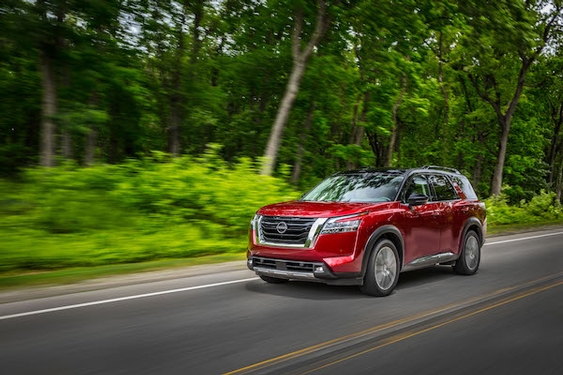 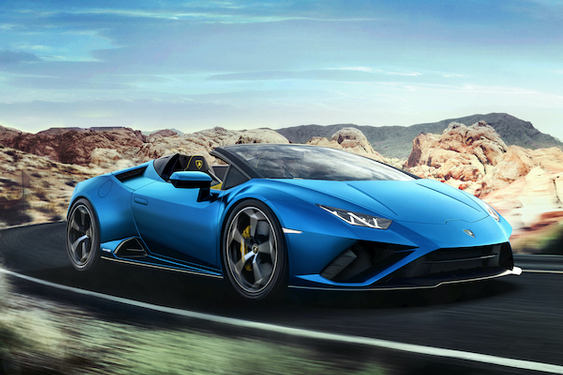